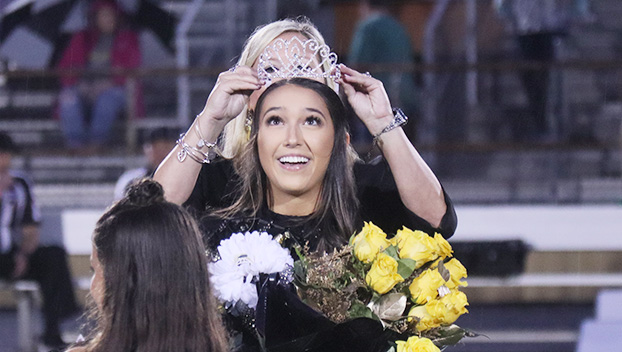 NEDERLAND — Despite a slow start, the Nederland Bulldogs remain unbeaten on the season following a 31-0 victory over Santa Fe at Bulldog Stadium Friday.

Penalties doomed the Bulldogs (5-0, 2-0 in District 12-5A Division II) in the first quarter, but Nederland got on the board first with a 48-yard strike from quarterback Luke Broussard to receiver Preston Deserrano.

The Nederland defense held stout all night against the Indians (0-5, 0-2) in the district contest. 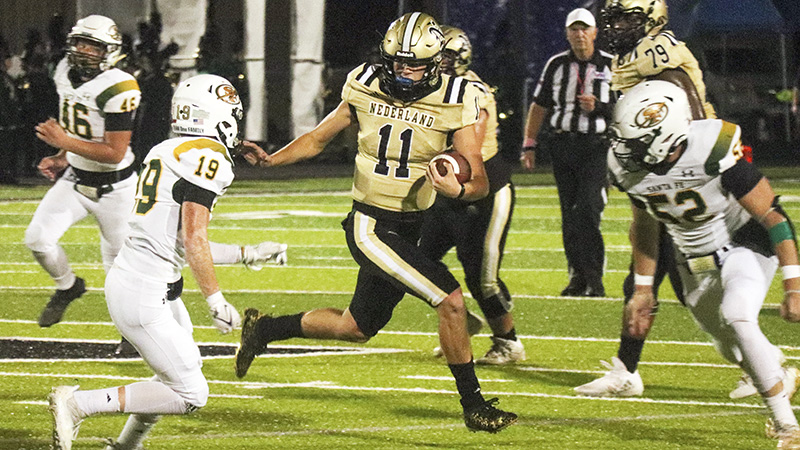 Once again, Broussard led the Bulldogs in rushing with 117 yards on 13 carries and tacked on a touchdown.

Nederland Head Coach Monte Barrow said he and his staff talked to the defense about unnecessary penalties and getting off the field on third downs.

“We have to be a smarter football team,” he said. “…We just didn’t do a good job of getting off the field. I thought we did that in the second half.”

Nolan White, Slade Stoker and Nash Leonard recorded interceptions. Stoker’s pick came in the first half. In the third quarter, Nederland linebacker Jaice Beck came up with a fumble recovery to give the ball back to the Bulldogs. A few plays later, receiver Kyndon Fuselier lined up in the backfield and took a handoff for a score. 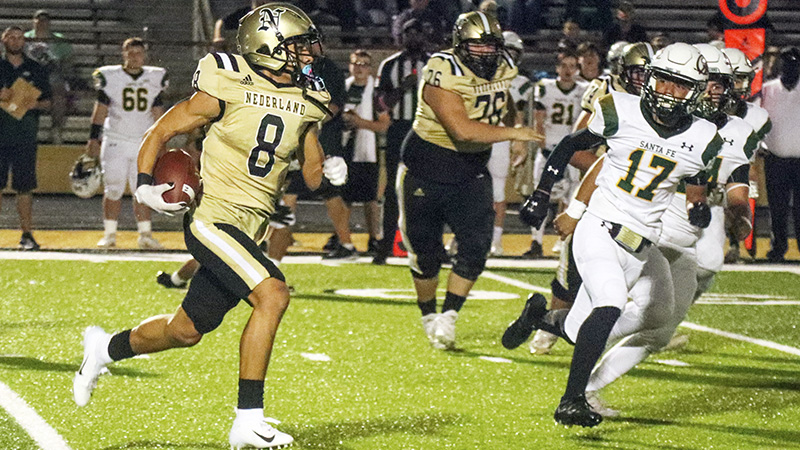 On the ensuing drive for the Indians, White intercepted the ball and returned it deep into Santa Fe territory, but a holding call backed Nederland up.

On the next drive, the Bulldogs leaned heavily on Bryson Bryant, who ran the ball in to give Nederland 31-0 lead with just over nine minutes left in the game.

Nash Leonard got the third and final pick with 2:00 left in the game.

“We put it on our offensive line to open up some holes,” Barrow said. “We had a lot of good runs in the first half. We went back to running the ball in the second half.”

Barrow said not many teams get to say they are undefeated after five weeks.

“When you are in the middle of it, you don’t realize it as much,” he said. “Right now, our focus is Texas City. Last week, we enjoyed that win all weekend, but now we are on Texas City.” 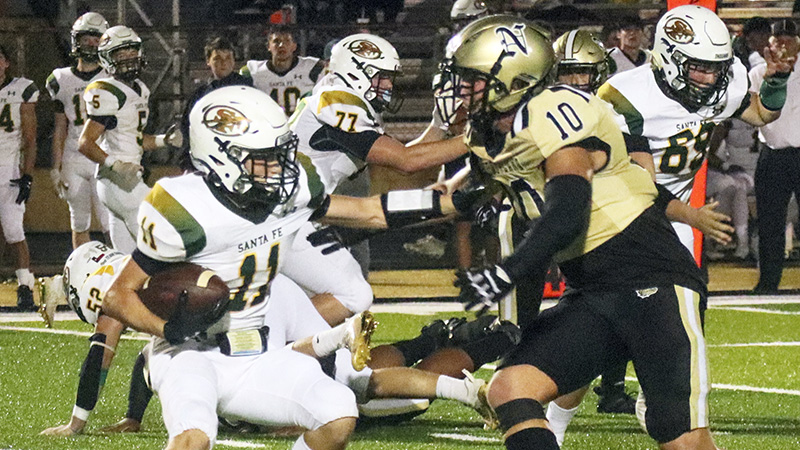 The game ball goes to the Nederland defense for pitching a shutout and forcing four turnovers.

Penalties hurt the group early as the Indians made their way into scoring position, but sound play by the Bulldogs kept Santa Fe out of the end zone. The Bulldogs defense held the Indians to 145 yards of total offense.

Fuselier finished with three catches for 70 yards. The Bulldogs rushed for 295 yards on 33 carries.

Play of the game was…

Late in the second quarter Nederland was looking to put the first points on the board. After previous drives came up empty, Broussard scrambled until he found Deserrano deep down field.

The receiver made a contested catch and shrugged of a defender for a walk-in touchdown to give the Bulldogs a 7-0 lead.

Nederland goes on the road to Texas City. Santa Fe will host Dayton. 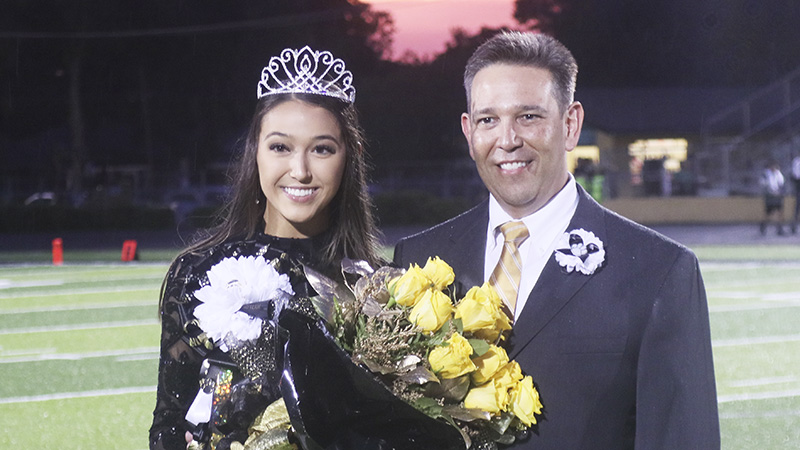