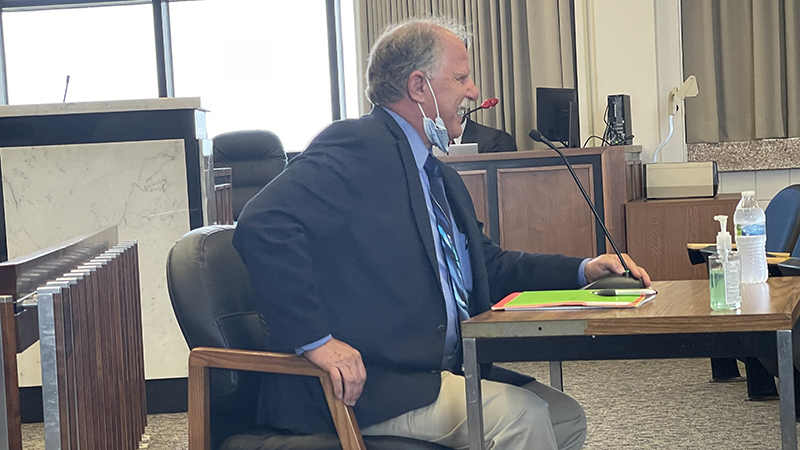 Like the two who interviewed before him, Port Arthur Fire Chief candidate Greg Benson stressed communication during a panel interview Wednesday at City Hall.

“I know from certain experiences that certain stakeholders may not have had positive experiences with the fire department in the past,” he said. “I would rely on people to suggest, ‘Maybe you need to go speak with Ms. Soandso…’ and I would do that. I’m not afraid to go out there and take that.”

“One thing I think is, how do we communicate with the organization, with the department? There’s three shifts, people are on duty, then off duty. Keeping everyone aware of what’s going on takes time,” he said, explaining in his previous job he created a weekly document called “Hot Spot” that would summarize the week’s events and be available for all department members to read at their leisure.

Benson, who has a Master of Public Administration and a Bachelor of Science and is currently enrolled as a candidate for Doctor of Education, began his work with the California department in 2018.

Ten years before, it had been dismantled and absorbed through contract work by a neighboring department due to the recession. With the hiring of a new city manager, the decision was made to recreate the Victorville department, for which Benson was recruited to lead.

He said the move drew opposition from several departments, which provided a unique learning experience in conflict. But, he explained, the department was ultimately formed and became successful, bringing in 22,000 calls each year.

When asked about readiness to work in an industry-dependent area, Benson said he had done prior research on the uniqueness of Southeast Texas.

“I’ll just say Victorville was all brown because it was all sand. This is all green. So it’s very different,” he said with a laugh.

Benson also noted certain certifications that would be an asset to a fire chief in Port Arthur.

The firefighter and paramedic has been certified in cyber-security, homeland security, risk assessments in communities and hazardous materials.

Outside of department work, Benson served as a Court Appointed Special Advocate in Illinois and California.

While not from the area, he has visited, saying he and his wife went cross-country camping a few years back and stayed at Sea Rim State Park.

In addition, a previous colleague of his is employed with Beaumont Fire Rescue.