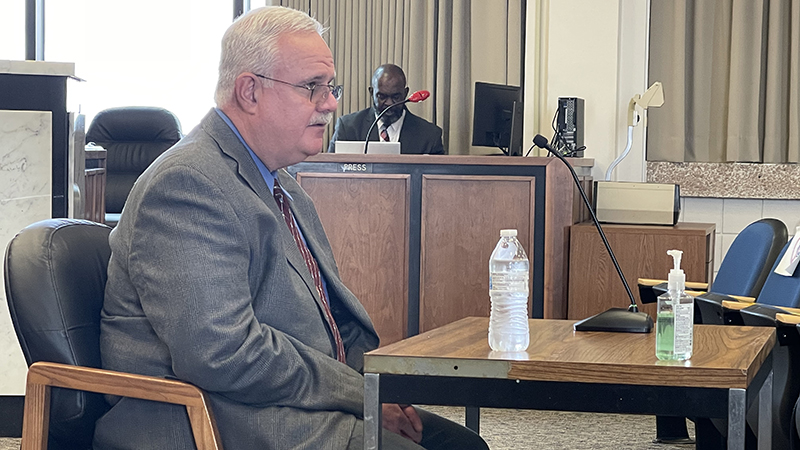 Havens, one of three candidates questioned at City Hall, has spent his 28-year firefighting career with the Port Arthur Fire Department.

He is the only local candidate.

Havens, who was serving as the deputy fire chief when appointed five months ago as interim chief, has earned a Bachelor of Science in Political Science, a Bachelor of Applied Arts and Sciences in Fire and Safety Protection, and is a licensed paramedic. He has also worked in fire-related courses at Lamar University and Lamar Institute of Technology.

Havens said, if selected chief, he would put more effort into EMS training for department members.

“When I came to the fire department, there were only four or five people that had medical training, so that’s something we’ve worked very hard at,” he said. “We save more lives by doing CPR and treating traumatic injuries than ever pulling someone from a burning house.”

Havens said every member of the department has a form of EMS certification. Most have their EMT-Basic, he said, but his goal is to elevate that to a higher level for those who want it.

“I sincerely believe the best way to have the most positive impact on the community is to provide better health care,” he said.

He also spoke on the diversity of the city and the importance of making sure community opportunities, such as CPR training, are available to every resident.

Havens currently serves as the president of the Sabine-Neches Chiefs Association, which he called the oldest mutual-aid organization in the United States.

“It was the first of its kind nationally and has become a model institution for other mutual-aid groups,” he told the group.

Havens was the incident commander during the 2017 German Pellets fire.

“I think there’s a great deal of trust between the employees and myself because they know I’ve been there and done that,” he said. “There’s a lot of trust there; the key is to keep that trust.”

At the end of the panel interview, Havens spoke to his desire to lead his local community.