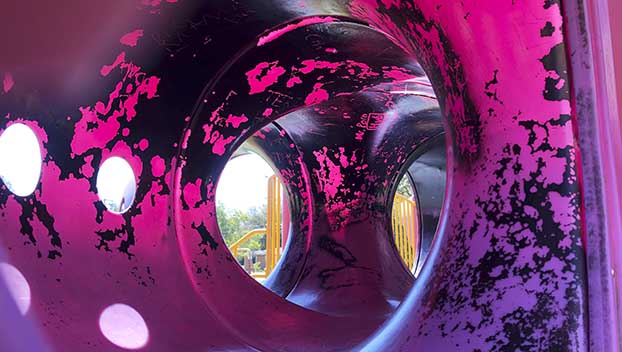 A Port Acres park became the center of attention Tuesday night during a Port Arthur City Council meeting when a resident addressed members and staff regarding a lack of upkeep.

“We’ve got a lot of problems with the park, and it seems like we’re not taking enough time and enough funds to get these parks to where these kids feel safe and they can go to a place to where they can enjoy the day with their parents,” Robert Petisca told councilmembers.

“I’ve had numerous conversations with (the director of the Parks and Recreation Department) about what needs to be done and what should be done. Her biggest concern about everything that goes on is, ‘we don’t have the funds.’ My question to y’all, as the protectors of the City of Port Arthur and the people of Port Arthur: why can’t we delegate funds to get these parks up to standard?” 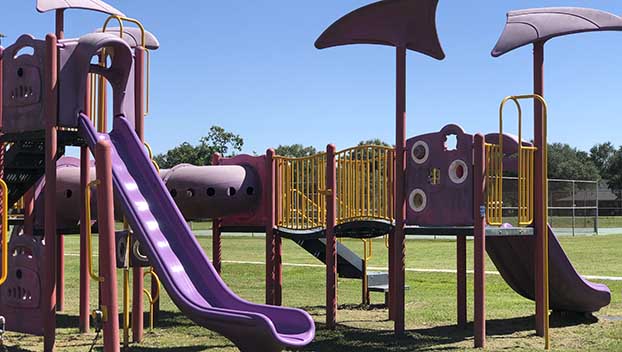 Patisca spoke primarily about Eagles Park but included other Port Arthur parks in his address.

He also addressed needs for the physically disabled.

“The only reason we have handicap accessibility now is because we met with the mayor and a few other people and the parking lot going to the pavilion and to the playground for the kids. I deeply appreciate that they did that, but we had to go through three kinds of hell to get it done,” Petisca said. “Now they need to finish the handicap parking and they need to take and tie in to wear the new parking would go into the walkway. And that would cover the bathrooms that are out there, and the people wouldn’t have to walk in the grass and the mud when it rains.”

He also requested several other additions.

“They need a splash park,” the Port Acres resident said. “We need trees. We started planting trees; we lost a few. I asked Chandra if she could get them replaced, because if you have trees out there and they grow, it gives shade for these people to get out of the sun. We need more playground equipment. We need bathrooms. There’s a lot of things that we need.”

“As I recall last year, there was an event that you held out there that you all invited me and I came, and we talked about some of the things that we need for you all for that particular park,” Marks said, speaking of a community picnic. “Everything is handled through the budgeting process. We’re about to approve a new budget. There are some questions that were raised at the last meeting that I raised concerning monies that have gone unspent and were unallocated.

“So we’re working on some things to try and find out where we can get the funds to do some of the things that you’re talking about — but not just at Eagles Park but at other places also.”