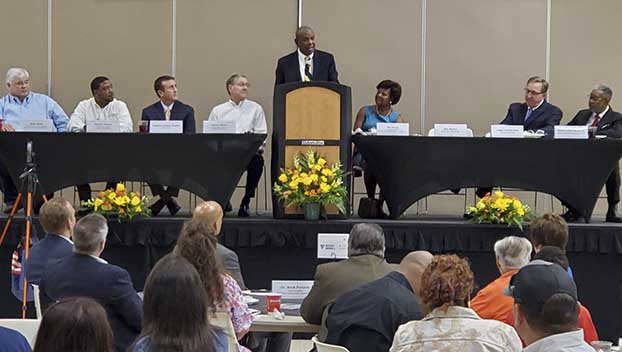 Port Arthur City Manager Ron Burton’s final words at a recent event for the Greater Port Arthur Chamber of Commerce summed up his update on the happenings in the city.

The event was held Tuesday morning at Robert A. “Bob” Bowers Civic Center.

Pat Avery, president/CEO of the chamber, introduced Burton, saying he has worked for the city for 14 years, moving up the ranks from director of development services to assistant city manager, interim city manager and, finally, city manager. 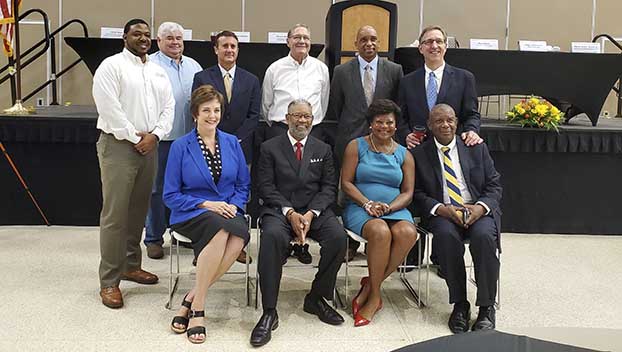 The economic impact of the city’s businesses help fund the wheels of progress.

Burton said the city council recently approved a balanced budget totaling $84 million and there was an excess in sales tax of $2.5 million.

In addition, the city has been working on its streets improvement project and to date completed 96 streets.

“This year from January to September we have completed 60 streets in the city,” he said, offering thanks to the staff responsible for the work.

A ballot initiative from last year allows the city to allocate $1 million for park improvements.

“We’ll see improvements in the next two to three years in Rose Hill Park and Adams Park and the parks and recreation department,” he said. “By then we’ll have had $3 million coupled with funds from the general fund. We should be able to see some major improvements in our parks.”

Another project is work on Woodworth Boulevard. The city has allocated $3 million to this project, and Arceneaux, Wilson & Cole is tapped for the design of the major thoroughfare.