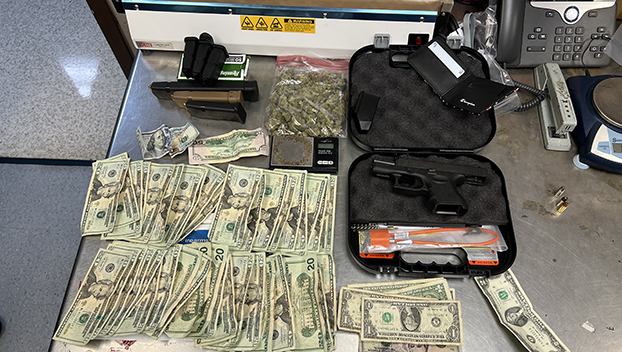 Port Arthur Police said the pictured items were discovered during an arrest Tuesday in the city.

A report of a man with a gun pointing it at another person led to Port Arthur Police Department response at approximately 1:16 a.m. Tuesday in the 4200 block of Jimmy Johnson Boulevard.

The subject in the vehicle exited and fled on foot.

The officers were able to apprehend the suspect and discovered he had recently committed an aggravated robbery and was in possession of the victim’s property.

Police arrested Joshua Allen Boyden, 25, of Port Arthur on a charge of aggravated robbery. Bond was set at $65,000 and he bonded out of jail the same day.

Officers also reported locating a firearm used in the robbery, as well as narcotics and cash.