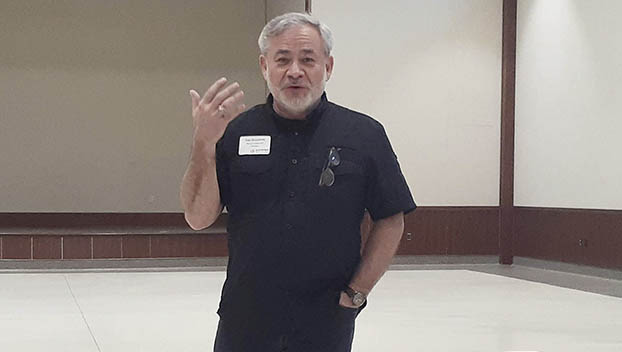 A final decision on the ultimate local investment of Port Arthur LNG might not come until 2023, but there is building optimism in the projected effort’s long-term success, company officials said.

Brouillette, who previously served as U.S. Secretary of Energy, told Port Arthur Newsmedia recent moves from European entities backing away from Russian gas deliveries has upped the profile of the Port Arthur project.

“I think it is exciting for the people who live in Port Arthur, Texas, because there will be a bunch of jobs come that way,” he said of the proposed project. “It is exciting for us, as a company, because this is what we do for a living. It creates value for our owners and our shareholders. It is a great opportunity for Sempra Infrastructure, but it is a great opportunity for America.” 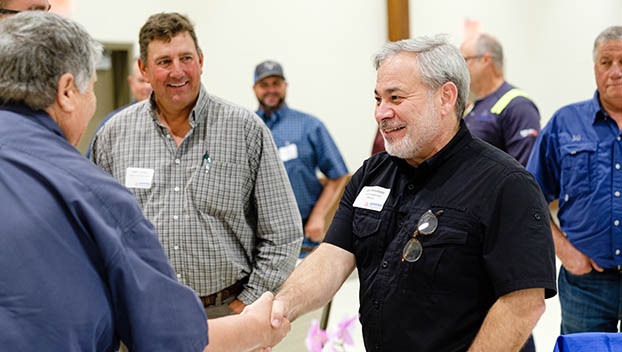 The proposed multi-billion dollar export terminal would be Sempra’s only project in North America to be built from the ground up, according to a report from S&P Global. Projections include bringing 3,000 jobs to the area during peak construction and the creation of 200 permanent jobs.

“What’s going to happen is, if all things work out and we have good commercial conversations and negotiations, you’ll start to see a series of pronouncements about contracts being signed,” Brouillette said. “And that gas is going to come from Port Arthur. Once we have contracts in place, once we have finances in place, we’ll see an announcement on a final investment decision.”

According to McInnis, potential LNG customers are expressing interest with the project’s current permitting stage. 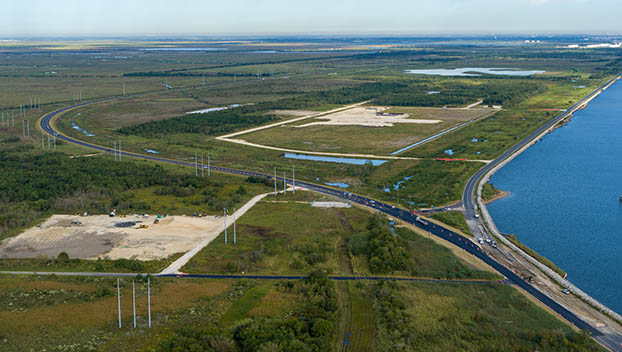 The proposed project includes the relocation of 3.5 miles of Texas 87 in Sabine Pass. (Port Arthur LNG)

According to Brouillette, Port Arthur LNG was a hot topic at March’s CERAWeek, a major energy conference run by Daniel Yergin.

“Because of what is happening in Europe, the amount of interest in Port Arthur was absolutely through the roof,” he said. “The reason for that is that Port Arthur is perhaps the only fully-permitted LNG exporting facility left in America right now.

“It takes two to three years to get your permits. If you are starting from scratch you will automatically be two to three years behind the curve. That means our gas gets to the market a lot sooner. Europeans right now are desperate for U.S. gas. We’re just seeing an enormous amount of interest.”

Once a final investment decision is made, construction would start fairly soon. Brouillette said engineering is roughly 60 percent complete.