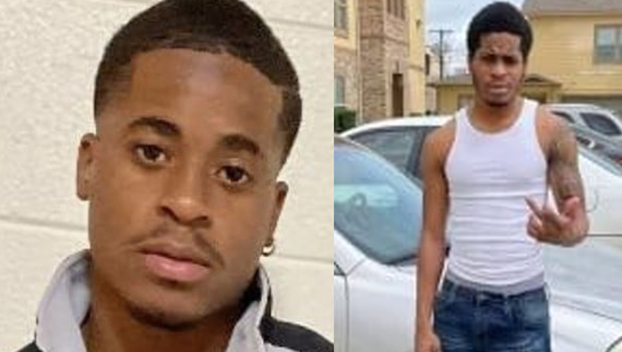 The Port Arthur Police Department is searching for an 18-year-old man charged with murder following the Jan. 21 shooting death of Marcus Freeman.

Family said he had been shot eight times.

Police said Wednesday they are looking for 18-year-old Dastacy Lawrence.

Anyone with information regarding his whereabouts is asked to call Crime Stoppers at (409) 833-8477.

Marcus Freeman is the brother of Derrick Freeman, who served on the city council from 2011 to 2019, the last three years as mayor.

Marcus Freeman’s body was found on his 34th birthday. Police have not released details regarding the crime.

However the victim’s mother shared some of the painful details as she made a recent plea to the city council.

“Eight shots,” Deborah Freeman said. “They shot him in the head and the chest. It’s just unbelievable. They didn’t have to kill him like that. I don’t know that they didn’t just go in there with the mentality to kill Marcus, because you don’t put eight bullets in someone thinking you’re just going to hurt them. You’re wanting to kill them.”

The gunshots, she said, had been picked up on a neighboring doorbell camera. And the person who found his body was someone she personally knew.