Graffiti being cleaned from 3 Port Arthur West Side buildings 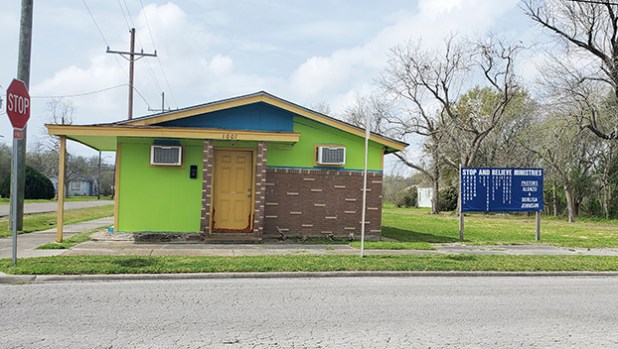 Most of the graffiti at Stop and Believe Ministries has been removed. (Mary Meaux/The News) 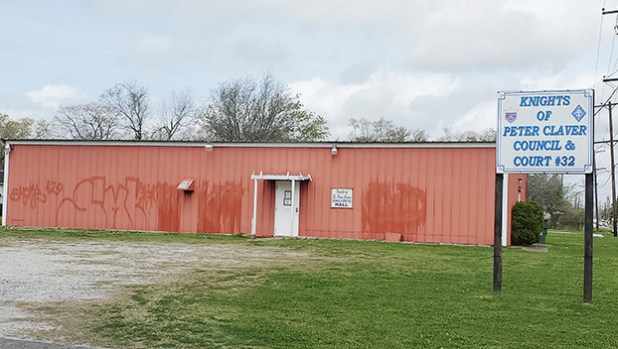 Officials with the Knights of Peter Claver Council and Court No. 32 are working to remove all of the graffiti. (Mary Meaux/The News) 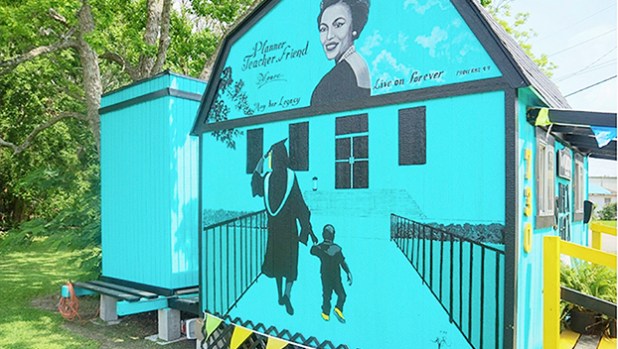 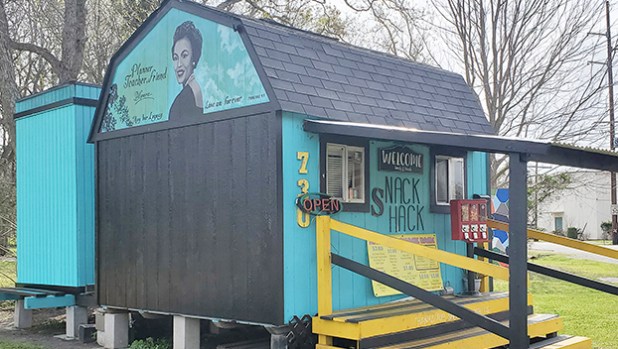 Karson’s Snack Shack is one of three buildings defaced with graffiti on Sunday. (Mary Meaux/The News)

Fresh paint now covers graffiti left on three West Side area buildings, including two that are associated with houses of worship.

The Knights of Peter Claver Council and Court No. 32, 1001 Grannis Ave.; Stop and Believe Ministries, 1001 Freeman Ave.; and Karson’s Snack Shack at 730 W. 10th St. were all targeted with profanity-laced graffiti over the weekend and reported Sunday.

A man associated with the KC Hall said he noticed the graffiti Sunday morning when he was on his way to church. He asked Port Arthur Newsmedia not to use his name in its reporting.

“My initial thought was maybe this is some kids’ mischief. We just pray everything turns out all right,” the man said.

The graffiti at Karson’s Snack Shack covered a portion of a mural. It has since been painted over.

The business was created by local resident Aries Milo and named for her son, Karson Romar, who was born with a heart defect.

The graffiti at the Freeman Avenue church is mostly gone with the exception of a few spots by Tuesday afternoon.

Port Arthur Police Det. Mike Hebert said police believe all three incidents of graffiti are related because it happened in a very short period of time and in the same general area.

In addition, police believe the same individuals committed all three.

The snack shack is located across the street from Abraham Lincoln Middle School while the other two buildings are within the next two blocks.