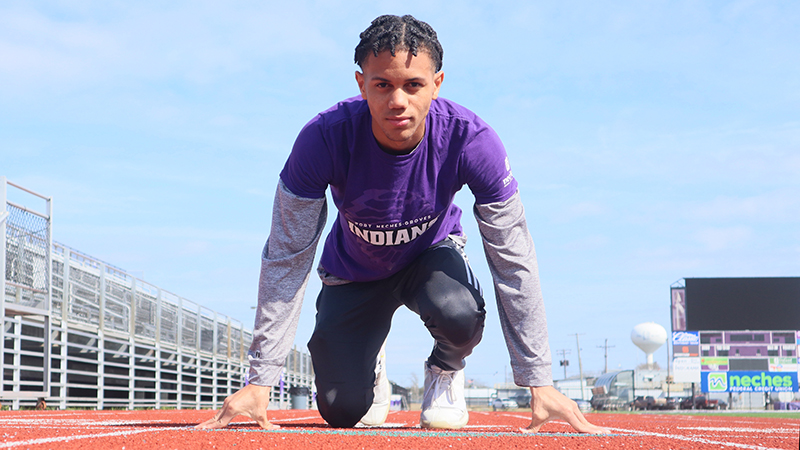 PORT NECHES — Every track meet has a definitive finish line.

Runners know the distance they must travel to complete the race. For Port Neches-Groves track star Cyrus Jacobs Jr., his next steps are a bit more uncertain. The senior will likely run track for a college program, which is evident by the dozen-plus offers from colleges across the country.

In the coming weeks, Jacobs will make his decision. But until then, he has more goals to accomplish for his high school.

Jacobs has been running track with his parents at AAU since he was 7 years old.

Jacobs said he likes the 400 more than the traditional-favorite 100 because of the strategy required to run longer races.

The Indians star student-athlete has already enjoyed record-breaking success on the track. Last year, his AAU team broke the AAU national record for the 4×400.

“I run for this club called Jacobs Sports Academy,” he said. “My dad and uncle run it. They have kids out here that train in the Port Arthur, Port Neches area. They have kids in the Houston area. In the 4×400, we went 3:08 and the record was 3:09. That is faster than some colleges.” 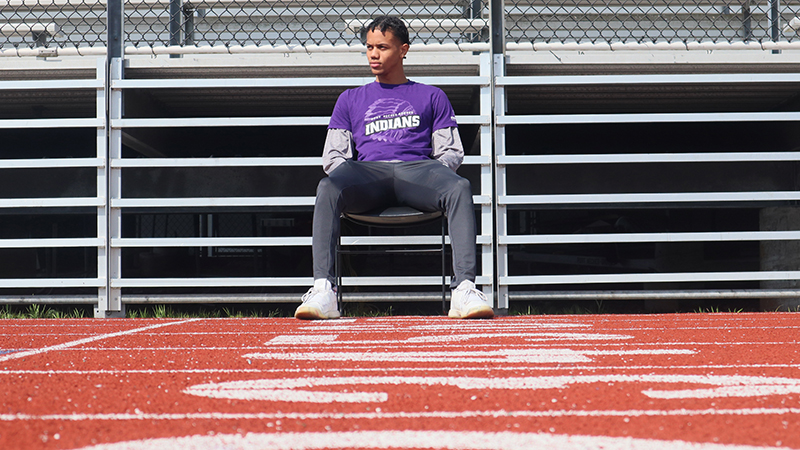 All three of the other members of the relay team went on to run for colleges this year.

Jacobs has faced a bit of adversity this season. Peter Medlock, who was previously the head track coach for PNG, followed former PNG football coach Brandon Faircloth to Sulphur Springs. David Wallace took over the program and said Jacobs has been a model student athlete.

“He has meant a lot to the program,” Wallace said. “Anywhere we put him, he does a great job. He is an even better kid. We have a lot of young guys on the team, and they seem to follow him. I am very proud of him for being a great young man all around.”

Despite the requests from other coaches, Jacobs has remained a one-sport athlete. Growing up in Texas, it is practically required for coaches to inquire about his desire to play football.

“When I first came to PNG, coaches asked if I played football or wanted to play football,” he said. “Too this day, if a coach doesn’t know me or know that I strictly run track, he will ask me what position I play in football.”

When he is not on the track, Jacobs can be found playing video games or at the movies. He considers himself a movie buff with a go-to theater snack of popcorn and Skittles for a sweet and salty mix.

“I’m huge on the Fast and Furious series,” he said. “I’m huge on The Avengers and all of the Marvel movies. I like the Tyler Perry movies, too.”

Jacobs hopes his season has a Hollywood ending.

The runner said he is constantly working towards running in the state meet.

“I want to go to state and win state and have everyone cheering for me when I cross the finish line,” he said.

Four men indicted for gang activity after theft of…