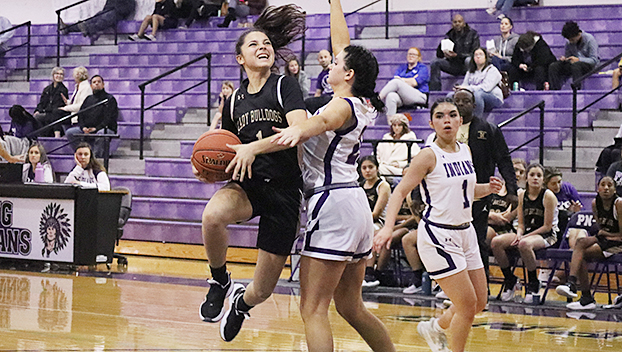 PORT NECHES — A late push by Port Neches-Groves came up short as the Indians fell to Nederland 45-35 at The Reservation Tuesday.

PNG cut a 15-point lead by the Bulldogs down to four points heading into the fourth quarter but that was as close as PNG got. Nederland outscored the home team 11-5 to close out the game.

Both teams struggled to put the ball in the basket in the first quarter as PNG led Nederland 8-6 after the first buzzer. 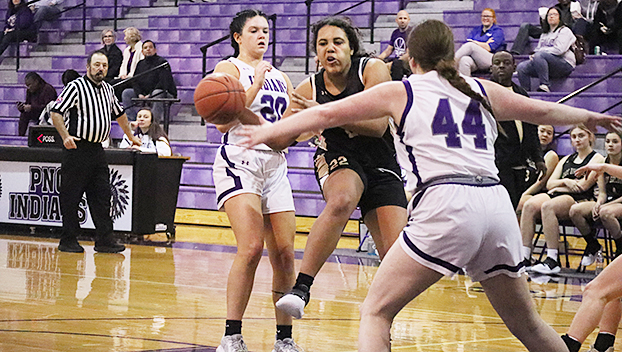 The Bulldogs came out firing in the second, outscoring their rivals 17-8, led by Ava Wiltz’s eight points on two 3s. She finished the game with a game-high 12 points along with teammate Sydney Nelson.

“They are extremely talented, but they probably have the best work ethic on the team,” Nederland Head Coach Jody Walker said of his leading scorers.

“They are going to play. Ava came out once and she is still battling an injured ankle from two games ago. For her to be playing is an amazing feat. They have a will to win.”

The Bulldogs currently sit in fifth place in the district behind Memorial. 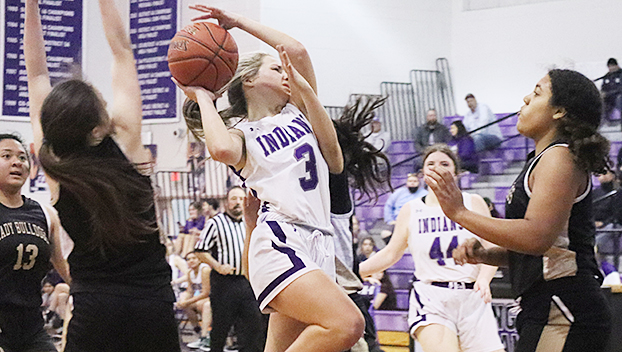 For PNG, Kyleigh Bushnell led the team with 12 points.

Head Coach Lance Robertson said he is proud of how his team has battled all season.

“I can’t say a negative thing about them,” he said. “They give 100 percent every single time. Sometimes we just don’t make the shots we have to. We are always going to play good defense.”

Nederland is off Friday while PNG travels to Beaumont to take on United.