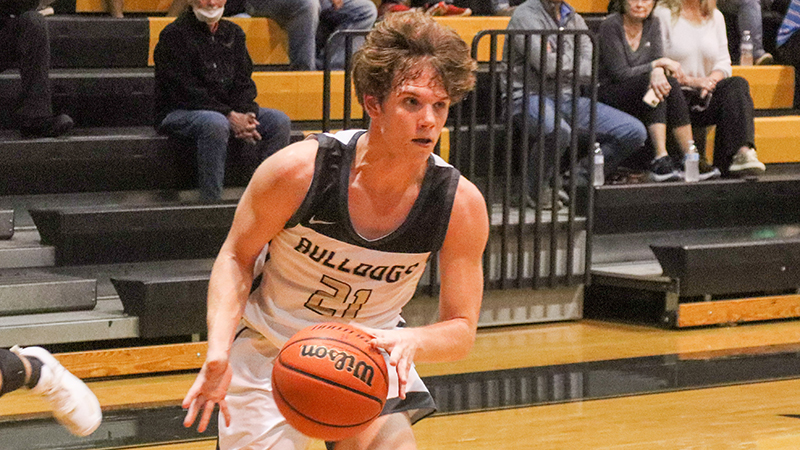 Nederland and Port Neches-Groves have games Friday before they tip off against each other Tuesday in the District 21-5A opener.

Memorial has a bye before heading to Barbers Hill for its first district game.

The Bulldogs are coming off a 49-35 win over Vidor, but head coach Brian English said he was not pleased with his players’ performance.

English said the style of play against Vidor might have impacted his team’s defense.

“They slowed it down and we got a little sluggish,” he said. “We lost sight of our man. We didn’t help when we were supposed to.”

With the big rivalry game between the Mid County teams looming, English and PNG Head Coach Chris Smith said the key for Friday is to focus on the team in front of them and not Mid County Madness.

“If we look ahead to PNG, we are going to be in trouble,” English said.

PNG is hoping to get a win under its belt against Buna after dropping a game to Jasper 53-39.

“That is one of the issues,” Smith said. “We know what is coming up. We are talking about wanting to peak for district. We have to take care of Friday first. That is easier said than done. We know what we need to do.”

Smith wants his team to focus on getting off to a better start in Friday’s game.

“The last couple of games we didn’t start off good,” he said. “Our focus is getting off to a great start. We know that if we don’t get off to good starts in district, that will not be good for us.”

Memorial is coming off a 52-49 win over Dobie in Houston. The Titans are off Friday.

Memorial Head Coach Alden Lewis said his team would use the much-needed time off to rest.

“I’m glad we did it,” Lewis said of the bye game. “This allows us to get to practice. We have five days to practice and we need it as we head into district against a team like that.”