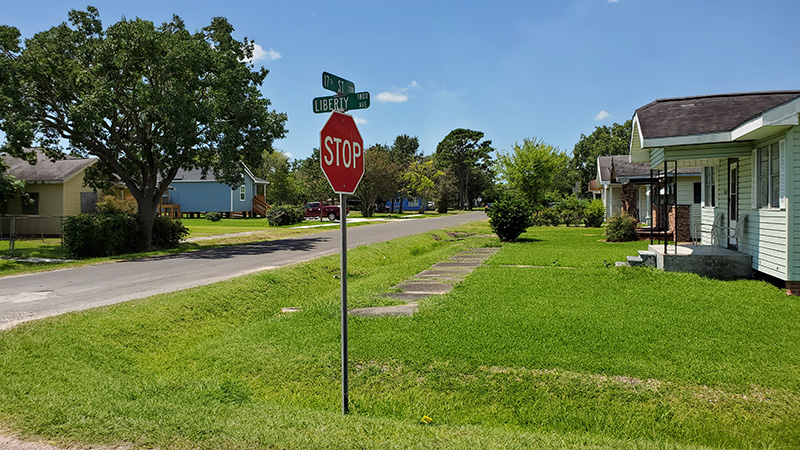 Port Arthur Police are investigating a homicide where the victim was found in the home to the right in the photo. (Mary Meaux/The News)

Just a block off Gulfway Drive in the 2200 block of 17th Street is a quiet neighborhood where residents take walks or barbecue at their homes, neighbors say.

So when one woman on the block, who asked not to be identified, saw the flashing lights from police vehicles she became scared.

“It’s not normal to have in the neighborhood that I know of,” the woman said on Wednesday. 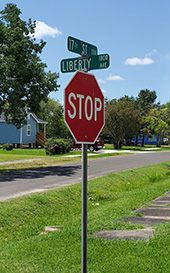 A homicide is being investigated in the 2200 block of 17th Street. (Mary Meaux/The News)

A man who also declined to give his name agreed the neighborhood is quiet as he motioned to an older woman taking a walk around the block.

This is in stark contrast to the night before.

At approximately 9:28 p.m. Tuesday police dispatch got a call of a person running down the street on 17th Street, which is near Liberty Avenue.

A subsequent welfare check was made at a home in the 2200 block of 17th Street, and an occupant of the home was found deceased, authorities said.

The name of the victim had not been released as of Wednesday afternoon, and police had not given the manner of death.

The neighborhood where the crime occurred features average style homes and a few vacant lots. Just a block away on Gulfway Drive is a convenience store and a now-closed Dollar General. Just beyond that is a restaurant and a few car shops.

This death marks the third homicide in the city this year not counting an intoxication manslaughter case where three people were killed.