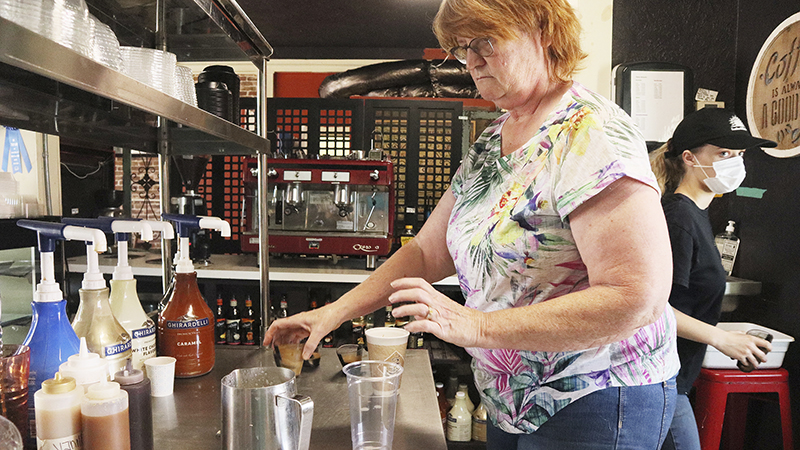 The eatery, located at 4000 Lincoln Ave. in Groves, offers a unique selection of caffeinated beverages and an assortment of sandwiches with original seasoning.

In February, Cindy and Herb caught COVID-19. Herb, who works as an art teacher, suffered a stroke as a result of complications from the disease. 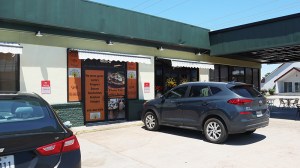 While Herb did not lose the ability to speak, he lost function in his left side, Cindy said. His wife helped him make the decision to slow down and hold off on teaching art, which he had done for 10 years.

“We don’t know if or when he will be able to do art,” Cindy said. “He hates (not being able to teach). He has so enjoyed teaching art to kids in Groves. That is who he is. He has this type A personality. The stroke has slowed him down a bit, but that is not a bad thing. He needed that a bit.”

Herb is currently at a Moody Nuero in Galveston, where Cindy visits him as often as she can. 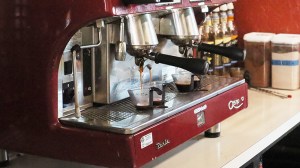 “We are a mom-and-pop coffee shop,” Cindy said of Sundara. “We do coffees, frappes and iced coffees. Anything you can get at one of the bigger coffee shops, we can probably do it here and a little better. We have to toot our own horn a little bit. We also do brisket sandwiches and baked potatoes and stuff like that… When we decided to get back in the coffee business, I didn’t want to do food. It was too much hard work, but we wanted to do things that people here really like.”

Herb moved to the United States from Australia in 2000.

“He came over here and met a lady and that didn’t work out,” Cindy said. “He was about to go home and then we met on MySpace. I used to tell people that and cringe, because we met online, but now, it happens all of the time. We have been married for 14 years.”

Cindy said she wanted to thank the community for their thoughts and prayers. 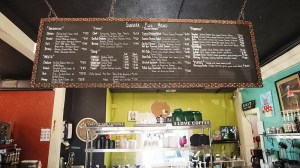 Besides the physical impacts of the pandemic, Cindy said the business has managed well during the pandemic.

“We laid off all but one of our employees as things began to shut down,” she said. “We told them to go ahead and register for unemployment. After a week, we were calling all of them back because we needed all of them.”
She said the business already had a drive through, which helped tremendously.

Cindy said the shrimp is one of the most popular food items Sundara has to offer.

“We use our own shrimp seasoning here and our own meat rub,” she said. “Anything we do, we try really hard to keep it unique to us. The people call it the magic dust that we put on the shrimp.”

She said anything with caramel is always a good seller as far as beverages go.

Cindy said they are looking to expand the menu in the near future.