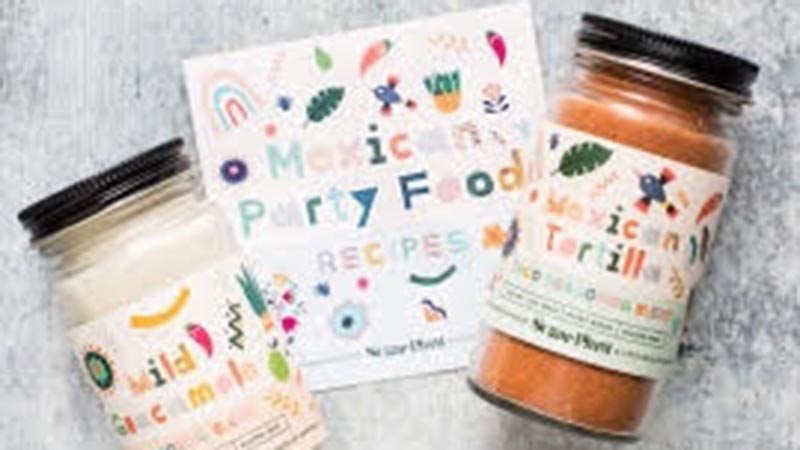 My niece has been doing Taco Tuesdays for years in Rhode Island and North Carolina, and I often think of her when I see a crispy taco.

I can’t say why it didn’t occur to me to have a standing Taco Tuesday for me in Texas.

Who doesn’t have tortillas in their home stock around here?

They keep forever. There are so many options if you can overcome the corn or flour debate.

My husband likes flour only, and I’d pick the corn based on health alone. When I do flour, I crave them fried up a little so that adds even more calories.

But for insides, there’s beans, rice, peppers, cheese and variations within those varieties.

Turns out we had another debate the first time I announced the Castillos would be indulging in Taco Tuesday on a regular basis. I rolled out fish tacos and Mr. Castillo proclaimed a fish does not make a real taco.

Really? Immediately I texted the niece.

She took my side.

Fish will remain in the rotation.

You’ve heard me rave about Sugar Plum’s sweet stuff. Now they’ve branched into Tex Mex. I’ll vouch for taco seasoning blend with a hint of lime for your next Taco Tuesday.

Try it on eggs.

Just mince up your tomato, onions and cucumber and sprinkle some of Sugar Plum’s guacamole seasoning on and you’ve got flavor any day of the week.

Even easier: Open a can of chunky tomatoes and sprinkle on their new taco or guacamole seasoning for a salsa with depth.

If the agave illustration on the can doesn’t get you, the “Born in Austin” note will. “Cantina is the perfect union of spirit and artistry” begins the history lesson of premium Blue Webber agave in Jalisca.

That’s a lot of emotion and info for this well-designed packaging. Now get to the contents, Cantina Especial Tequila Soda in flavors such as Grapefruit Paloma with a low calorie count.

This is light, summery stuff that will make you look forward to Taco Tuesday. The bubbly experience is bubbly, traditional and modern.

Ranch Water and Watermelon Margarita are also born in Austin.

All who wander… get thirsty. You can’t argue with that.

I’m pretty sure they would, after my sample, which was flavorfully adventurous from a stationary spot on my patio.

Ruby Red was my very favorite from a line of light refreshment with 99 calories. I love how it fizzes.

Please note this is an adult beverage, but one can’t help noting the stats on this can vs. a regular soft drink.

Everything in moderation? Wander responsibly and when you’re back, open up a Canteen.

I went out and bought an onion especially to serve chopped, over a Bean Vivo option.

Coconut Curry Chickpeas come in a pouch that released a turmeric and spicy flavor.

I heated in a skillet and spooned it over leftover rice. My crunchy onion and red pepper topping made this an easy meal that popped.

Three Bean Vegan Chili is a great potato topper, too. Just picture a pouch, and a starch, like bread, and you’ve got a superior, filling meal plan. They have several traditional flavors and variations.

Darragh Doiron is a Port Arthur area foodie who considers anything Mexican to be a Taco Tuesday possibility and could celebrate Taco Tuesday on any day of the week. Reach her at darraghcastillo@icloud.com.