RiverFest Schedule: Organizers ready to bring the thrill back to Port Neches 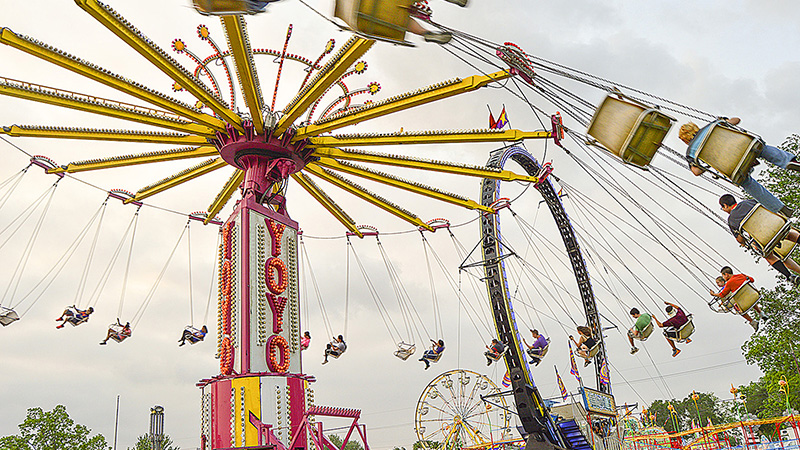 PORT NECHES — Port Neches’ annual RiverFest is scheduled for April 28 to May 2, and after taking a one-year hiatus, the Mid County community is a buzz with a host of old and new festival attractions, events and vendors.

Lance Bradley, RiverFest president, said his phone was ringing off the hook with potential vendors, businesses and rides ready to take over the festival.

“We’re obviously glad that we are having the event again this year,” he said. “It is one of the first events out of the box since the pandemic began. The food and craft vendor calls are ringing off the wall right now with everyone trying to get a spot after losing so much business last year. We can tell that people are ready to get out of the house and finally get back to some type of normalcy.”

To accommodate the large number of interests, Bradley said the food and vendor spots are expanded to make room for additional businesses.

“We are trying to accommodate everyone that’s called,” he said. “We don’t want to turn anyone away. I don’t know the exact numbers, currently, but I do know the numbers and interests have been exceptionally high, so we are expecting an excellent turnout.”

The festival will officially begin at 5:30 p.m. Wednesday (April 28) with the opening of the carnival on Faith and Family Night. 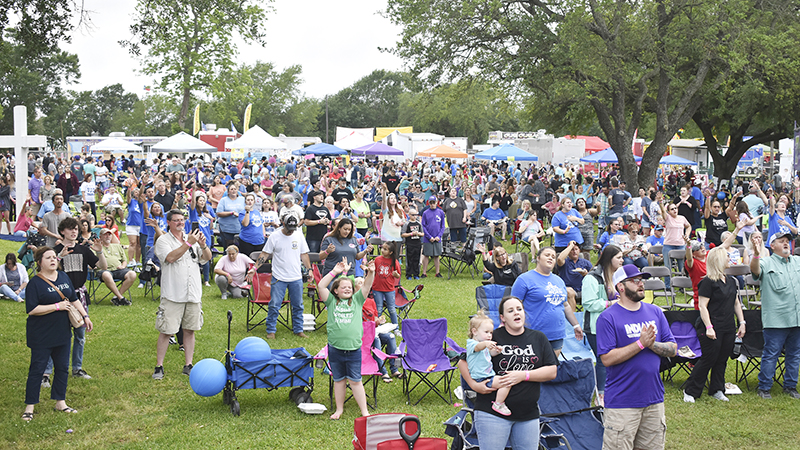 In addition to the carnival and traditional vendors, the event will feature multiple opportunities for family gatherings including a horseshoe tournament, washer tournament, car show and treasure hunt.

Debbie Plaia, president of the Port Neches Chamber of Commerce, is excited to have almost all events including the classic car show back for 2021.

The classic car show at Port Neches Riverfront Park starts at 10 a.m. Saturday (May 1) and runs until 3 p.m.

This is the first time since 2019 that the car show will return to the festival. Passes are $25.

“We are excited to bring this back on board,” Plaia said. “We’ve got some new faces this year. We are excited to have Brandon Emmons with the C/TEN Club on board. He is bringing a new spin to the car show. We stepped it up a little, but we want to leave a little bit of it as a surprise, so that’s all I’m going to say. I will say that they are all excited to be outside again and showing off.”

The festival will also include seeing local talent and faces such as Mother of the Year, Cutest Baby, Best Pet and dance performances.

The only two events not returning are the Fun Run 5k and veteran’s parade.

“Besides that, everything is coming back full swing,” he said. “Hopefully, one, the weather cooperates and, number two, people come out. It is exciting to be able to host this event again and we hope the community is just as excited about it as we are.”

“We’d love for everyone to come out and feel safe,” Plaia said. “Since it’s an outdoor event, we feel like it is safe. A lot of people have been vaccinated and those that haven’t are welcome to wear their masks and social distance.”

Hand-washing stations will be placed throughout festival grounds. Masks will not be required.

“We are taking the steps to be as safe as we can,” Plaia said. “We want everyone to be comfortable but still be able to come and have fun. So come out, bring your family and just enjoy!”

Riverpasses are $45 and include all five days of rides. In person sales must be present to get their picture taken at the senior center located at 1006 Port Neches Ave.

Tickets purchased online will include an additional $6.75 charge per pass.

For more information on Riverfest, call the Port Neches Chamber of Commerce at 409-722-9154 or visit their official Facebook page at Port Neches RiverFest.