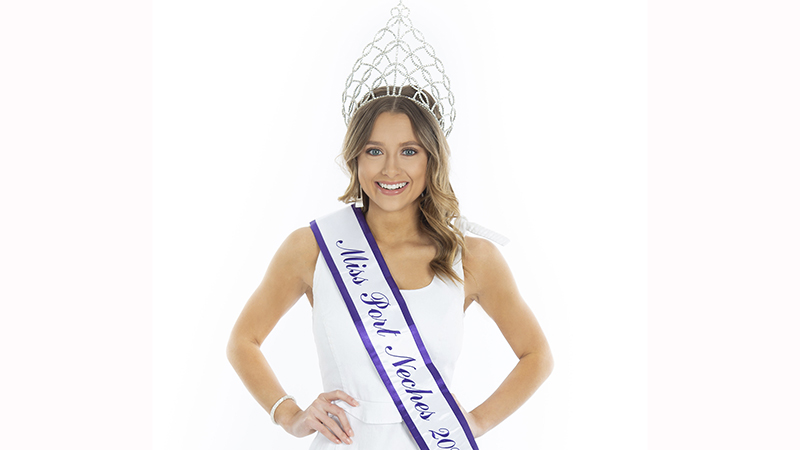 PORT NECHES – “Preparing for the Miss Port Neches pageant, I told myself that I was going to enjoy it and be who I was. For me, that just so happened to work out this time.”

“It was an amazing experience,” Guilbeaux gushed. “I have competed a few times in the pageant over the last four to five years, but I never won. With it being my senior year, I knew I had to give it one last chance.”

It turned out, all she needed was that last chance. 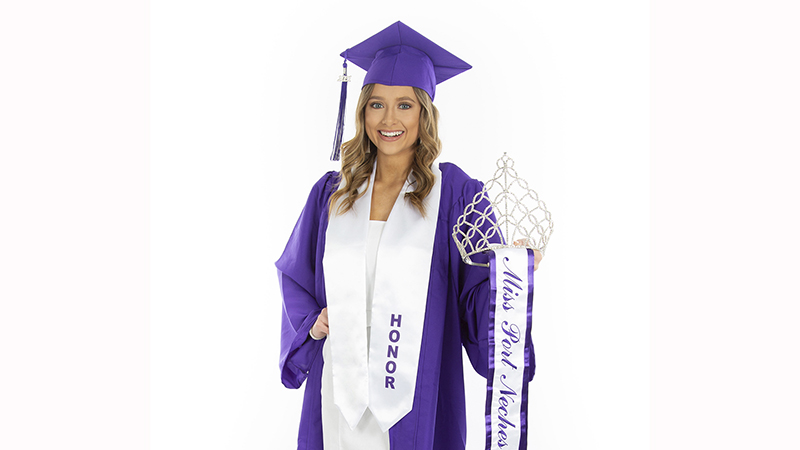 Graci Guilbeaux said being a role model is the most important aspect to the Miss Port Neches crown. (Leo Weeks Photography)

“As soon as they called my name I was ecstatic,” she said. “I could not be more grateful or proud to hold this title.”

To Graci, the title means more than just wearing a crown and a sash, it means being a role model.

“Little girls look up to me as Miss Port Neches,” Guilbeaux said. “It’s my responsibility to show them what it’s like to be humble and kind.”

Aside from winning, Guilbeaux said her favorite part of the pageant was enjoying the process as well as seeing her family’s reaction at the announcement.

“I had the chance to relax, be who I am and spend the weekend with friends that I have grown up with,” she said. “But the moment I was most proud of, was walking off the stage, crowned, toward my mom and brother – and the amount of excitement they had on their faces as they approached me, it just made me realize how proud they were of me.”

Graci’s brother, Jacob Guilbeaux, was a particular inspiration to the young girl.

“In all ways, my brother inspires me,” she said. ”He chases every dream that he has, supports me through my dreams and loves me no matter what. He has been my biggest supporter.”

Jacob said when he saw Graci being crowned, there was a ton of excitement between him and his mom.

“I have been so proud of her and the young woman she has become, but being crowned Miss Port Neches was the icing on the cake,” he said. “Seeing her have the biggest smile was priceless.” 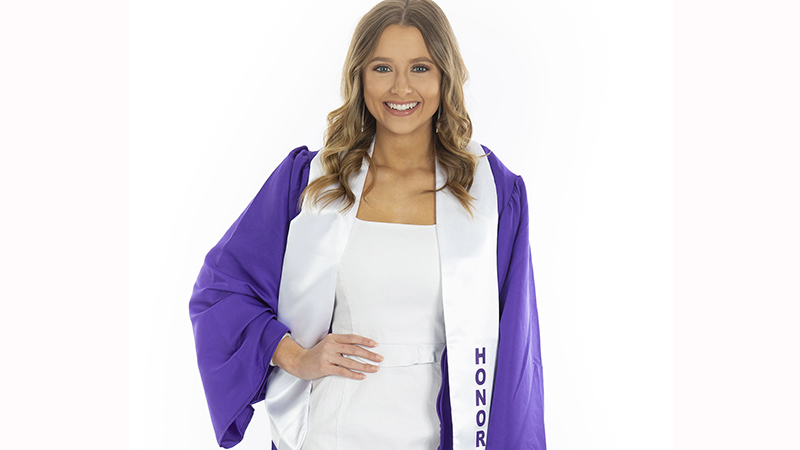 As the older brother, Jacob has seen his sister face and overcome an extreme amount of adversity.

“Despite all that, she still keeps pushing through life with a smile on her face,” he said. “I look forward to watching her succeed in college as she pursues a nursing degree. She has been saying that nursing is her calling for numerous years now. I am excited and hopeful for her near future endeavors and cannot wait to support her in any way that I can!”

Graci will be graduating from Port Neches-Groves High School in May and plans to attend Lamar University to receive a degree in nursing.

She hopes to continue serving her youth group at St. Elizabeth’s Catholic Church as well as volunteer at the Knights of Columbus.

However, Guilbeaux said her pageantry days may end with the Miss Port Neches title.

“After winning this pageant, I realized I might be closing the chapter of pageantry in my life as I move on to bigger and better things,” she said. “I want to study nursing because I enjoy being around people and I have a special desire to help others, so that will be my main focus after graduation.”

Gracie Guilbeaux will have one final debut at this year’s Port Neches RiverFest. She will be available to speak and take pictures with.

“Be you, relax and have fun,” she said. “Most importantly, don’t blink – time flies by so quickly.”

Port Neches’ annual RiverFest is scheduled for April 28 to May 2, and after taking a one-year hiatus, the Mid County community is a buzz with a host of old and new festival attractions, events and vendors.