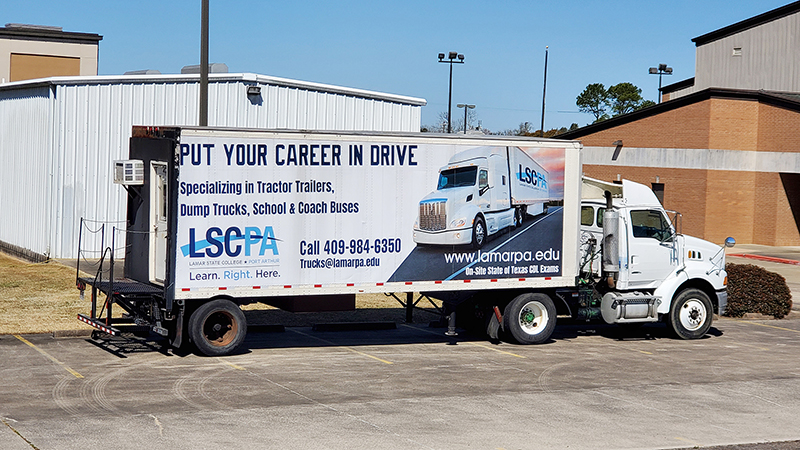 Lamar State College Port Arthur is on track to create the largest commercial driver examination facility in the State of Texas.

LSCPA received confirmation from The Department of Commerce that it is the recipient of $4.3 million as part of the EDA CARES Act Recovery Assistance grant. The grant was awarded to support workforce development and diversification through the design and construction of a commercial driver education and examination center, according to information from the college.

The project will create jobs, 1,800 of them, and generate more than $71 million in private investment.

And the project is being matched with $619,000 in local investment, part of which is a donation of land by Jefferson County. The near 24 acres of land is located behind The Dream Center off FM 3514 in Beaumont.

Dean of workforce and continuing education Ben Stafford, PhD, said the project is a public-private partnership between Lamar State and Jefferson County. 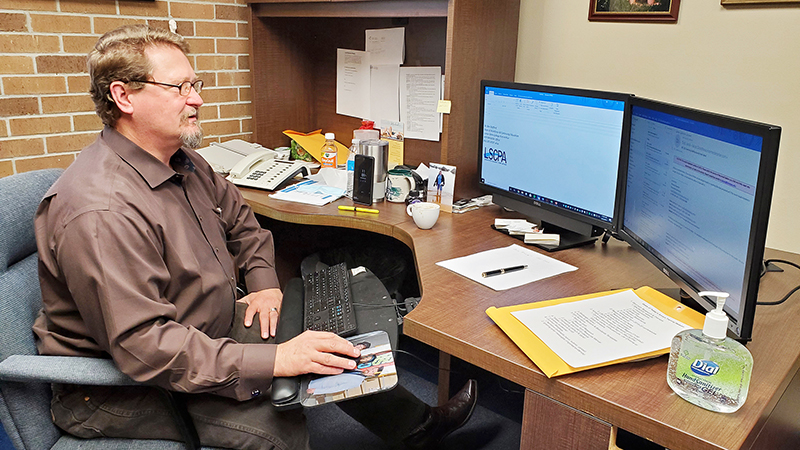 “Without more drivers we’re going to grind to a halt,” Stafford said. “Our needs in the pandemic won’t be met and the growing industrial needs of the area won’t be met unless we can get these drivers trained and licensed. That’s what this has been all about.”

Sempra and Golden Pass are working on major projects, each covering about 100 acres of wetlands, and every time wetlands are converted, you have to replace on a ratio of 2:1. This means for 100 acres the companies must convert 200 acres to wetlands and this creates the need for CDL drivers.

One off-road dump truck can feed up to four road-worthy dump trucks. While the main LNG projects haven’t begun, there is work underway to move Texas 87 more inland. This means a fleet of 60 to 80 dump trucks on the road.

This doesn’t take into account the Hotard Coaches charter buses used to transport workers to and from the sites daily.

And, every piece of equipment needed for the projects must be trucked in, adding to the workforce.

“The transportation needs of those projects are immense,” Stafford said. 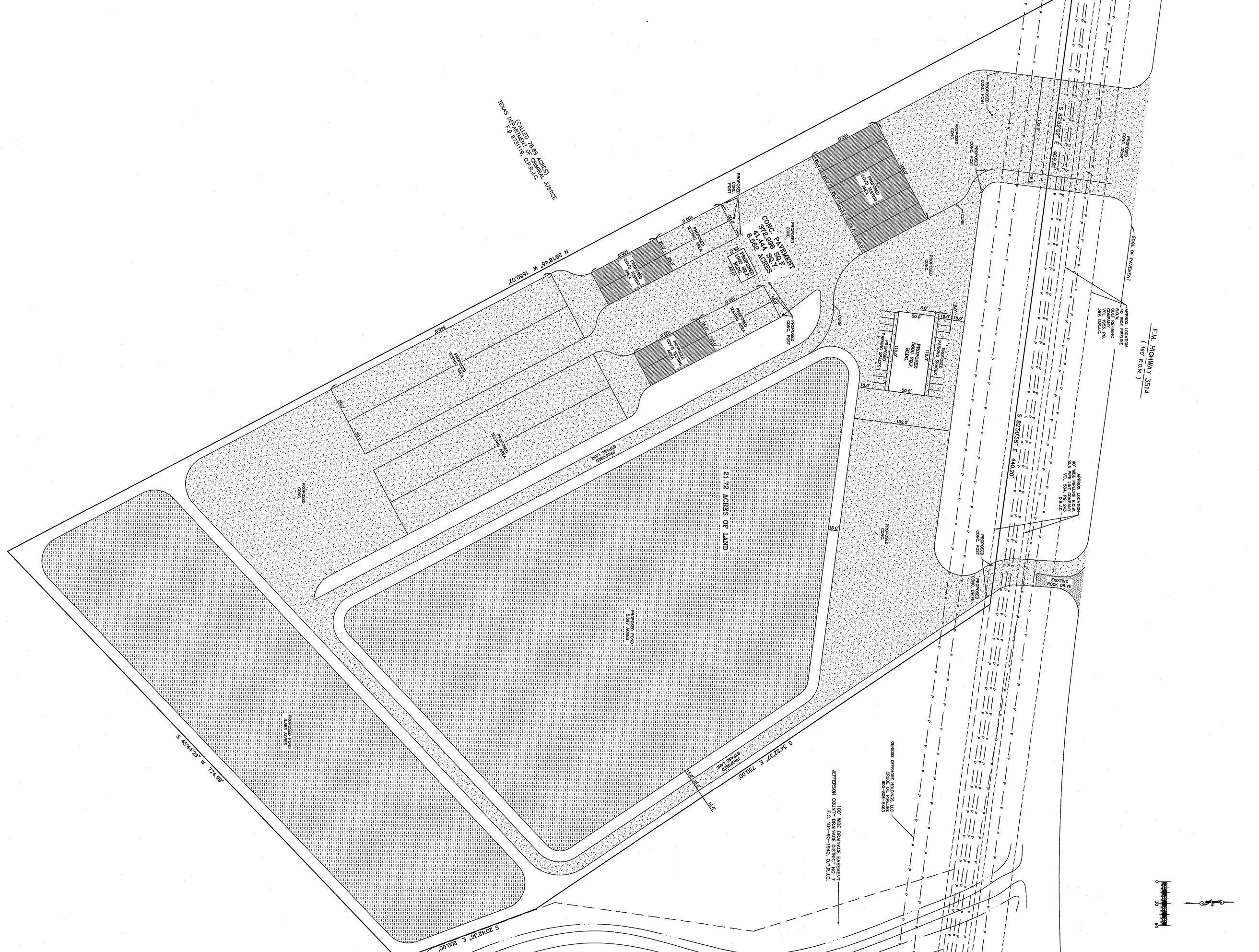 The college facility will be twice the size of any existing Texas mega-center.

“About three years ago Texas did away with the local system of testing,” Stafford said. “When a commercial driver needs a license, they can’t just go to the DPS (Department of Public Safety) like a regular driver. They have to go to what’s called a mega-center.”

Initially there were 12 mega-centers in the state. For example, Houston has four testing sites and each one has two examination lanes, where they typically work with 5-10 examiners on the two lanes. The examiner comes aboard with the student and moves to the next phase and another examiner and student move up behind them and continue down the track.

LSCPA’s site will have four examination lanes in addition to several covered practice and testing areas, a new 5,000-square foot training building and a parking area for practice, Stafford said.

The local testing system was bogged down even before the pandemic, then the governor’s office, in an effort to stem the transfer of the disease, closed the DPS offices for about four months. During this time LSCPA was the only active testing center for 100 miles. It never closed or stopped training students. 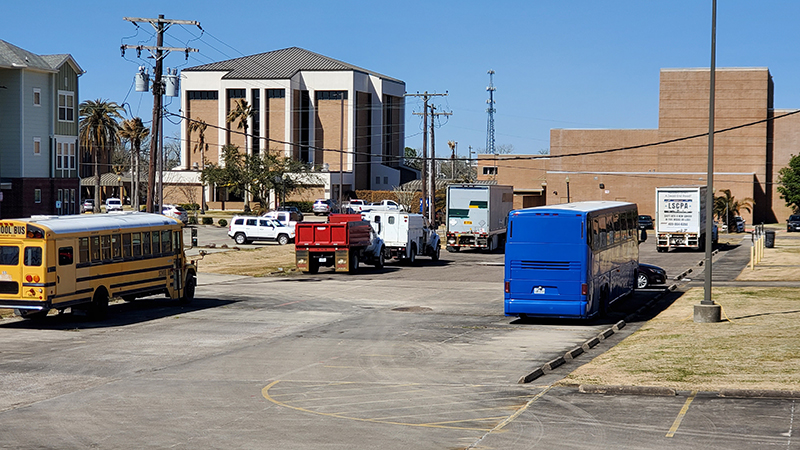 The various vehicles used as part of Lamar State College Port Arthur’s commercial driver education program, including a school bus, dump truck and passenger bus, among others, are seen on campus Monday morning.

“We offer the largest commercial driver training facility in this area and this (new site) will be a new campus for that facility,” Stafford said.

The fleet is getting too big for the Downtown Port Arthur campus, so the new testing site, once completed, will be home to the program.

LSCPA is a certified third part examiner for the DPS and conducts its own testing of students and of companies they contract with.

The application process for the grant was extremely detailed, and one stipulation was Lamar State could not incur any costs beforehand, as those would not be repaid.

George Newsome with Soutex Surveyors, who has worked with the college in the past, helped in the process.

“George has given a lot of his free time to assessing the site, surveying the site, creating the initial site plans for the site,” Stafford said.

Then there is the support of Jefferson County Commissioners, who, Stafford said, are wholeheartedly behind the project. The commissioners each said it’s almost impossible to get a trained driver — you can’t get them licensed, for projects in their respective districts.

Stafford provided a tentative timeline for the project.

March 2023 or before – Construction must begin within 24 months of award. The college has 24 months for this, though officials expect to see boots on the ground in under a year.

March 2026 – Project must be completed within 60 months of award. While the college has 60 months, Stafford anticipates Lamar State would occupy this project by third or fourth quarter of 2022.

Dad: As van was on fire, all anyone did…