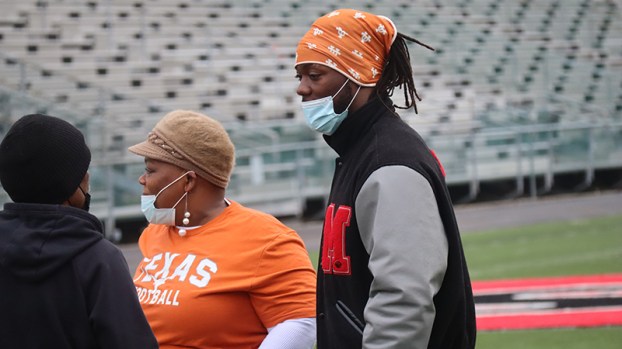 Memorial standout defensive end Jordon Thomas signed a letter of intent Wednesday to play football for the University of Texas.

The senior verbally committed to the Longhorns during the spring, but his name was put to paper at Memorial Stadium, where he has played the last four years for the Titans.

Wednesday was the beginning of the December national signing day period for college recruits.

Thomas had offers from LSU, University of Houston, Texas A&M, Baylor and TCU.

“It is a big blessing,” Thomas said. “I would like to thank God for everything. This is a process that he put out for me and I am just executing everything that he wrote.”

Thomas said his favorite memories playing for the Titans are his field goal block and his first sack against Goose Creek Memorial.

“Ever since my first varsity game, I told myself that I was going to wear this uniform and play on this field and call myself a Memorial Titan,” he said. “I accomplished my goals.” 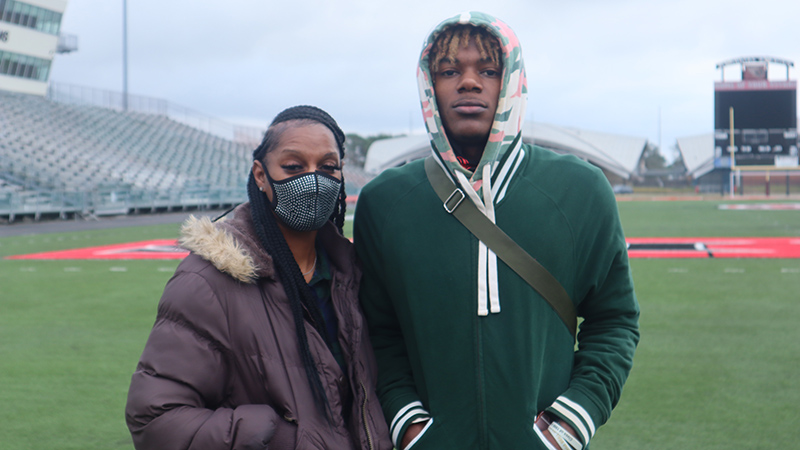 Safety Maleek Jones also signed a letter of intent to play for the Tarleton State Texans.

Thomas and Jones were key pieces of the Titans team that completed the first undefeated regular season in school history.

The defense finished as the top-ranked unit in District 9-5A Division I.

Jones finished his senior year with 45 tackles, 10 pass deflections, one interception and one touchdown.

“It feels good,” Jones said. “Finally up. I’m going to miss playing with my class and putting it all on the field for each other.”

Memorial head coach Brian Morgan said he was proud of the two seniors.

“It is great for them to be able to go through that process,” Morgan said. “It’s great for them to get a free education, which is a huge deal. Also, you talk about two guys who went through big-time growth and maturing processes. It didn’t happen over night. Jordon has grown a ton since his freshman year. For Maleek, it finally clicked to him what we all see.”

“He is a really, really good football player,” Morgan said. “It’s kind of a shame that some of the schools closer to here didn’t take the time and evaluate him well. Obviously, Jordon is going to be a stud.”

Tarleton State is a former NCAA Division II program that competes in the Football Championship Subdivision as an independent. The Western Athletic Conference, of which Tarleton is a member, does not sponsor football.

“They already work hard, but this should kick them into another gear,” Mangum said. “They are happy for their teammates. When you get to see someone go off, it’s even better.”

The victim of a Sunday afternoon shooting outside a Port Arthur liquor store is refusing to cooperate with police and... read more