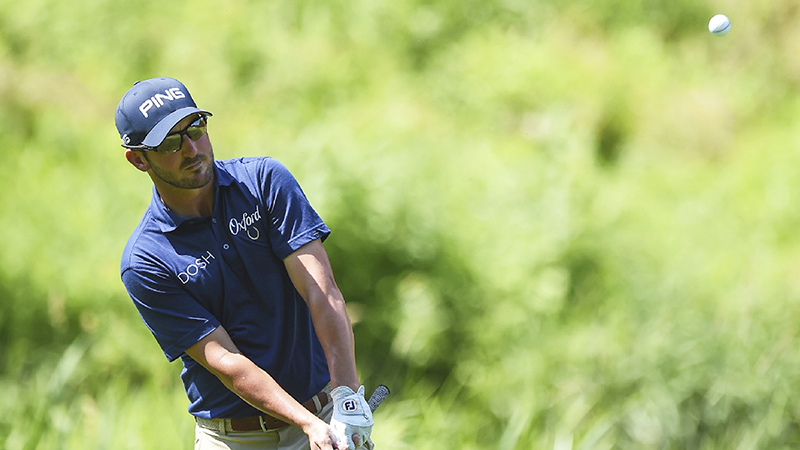 Dustin Johnson’s scorched-earth victory in the FedEx playoff opener last week focused the PGA Tour’s ever-changing spotlight, and ongoing argument about who is golf’s best player, on a guy who may be the game’s biggest enigma.

It also restarted the conversation on the crazy amount of money a player can win if he gets hot at the right time. Even for guys who don’t win the FedEx Cup, the bonus money is insane compared to any other playoff in sports.

Johnson, for instance, after a 2019-2020 season that had been so-so by his standards, thrust himself into position to collect a $15 million bonus by shooting 30-under-par and winning by 11 shots at the Northern Trust Championship in Boston. That’s right, $15 million, which is the princely sum awarded the winner of the Tour Championship.

Like I said, the FedEx Cup money is insane. Second place collects a $5 million bonus, third is awarded $4 million, fourth earns $3 million and fifth is worth $2.5 million. The player who finishes 30th next week in Atlanta, which is dead last, banks $395,000, That’s on top of whatever the week’s winnings are.

PNG ex Andrew Landry, who is 53rd in points going into this week’s BMW Championship, would get a bonus of roughly $160,000 if he holds that position this week. More, of course, if he moves up and less if he drops.

Landry, for the second consecutive week, lost ground by struggling on Sunday. After rounds of 69-70-69, he bogeyed four of the last five holes, on Sunday, shot 75 and tumbled into a tie for 66th. He still has an outside chance to reach the Tour Championship but would probably need a top five finish in the BMW.

Johnson, meanwhile, is clearly the man to beat. He’s once again No. 1 in the world, is coming after an-in-the-zone performance that saw him play the first 11 holes on Friday in 11-under-par and again has people wondering why he doesn’t win more.

The Northern Trust was his second victory of the season but prior to that most people remembered him most for blowing a two-shot-lead in the final round of the PGA Championship to rookie Collin Morikawa. That left him still sitting on exactly one major championship among his 22 victories.

In the Monday Senior 50 Plus 2-ball at Babe Zaharias, the team of Calvin Landry, Raymond Darbonne, Lee Bertrand and John House won the front in minus-1 and tied the back at minus-3. …

The Super Saturday 2 ball at Zaharias saw the team of James Shipley, Rusty Hicks, Gene Jones and Nick Conn win the front with minus-5. On the back, the foursome of Kenny Robbins, Scott Bryant Keith Marshall and House prevailed with minus-3. …

Minus-5 won the front for the team of Rick Pritchett, Larry Reece, Steve Wisenbaker and Art Turner in the Friday 2-ball at Zaharias. The back went to the foursome of Joe Gongora, Bobby Wactor, Butch Cross and Marshall at minus-3. …

The Wednesday Zaharias DogFight was played in an all-points-count format. Taking first with 29 points was the team of Jim Cady, Reece, Larry Johnson and Paul Brown. There was a two-way tie at 25 between teams captained by Ted Freeman and Bob West. …

Golf news should be mailed to rdwest@usa.net.