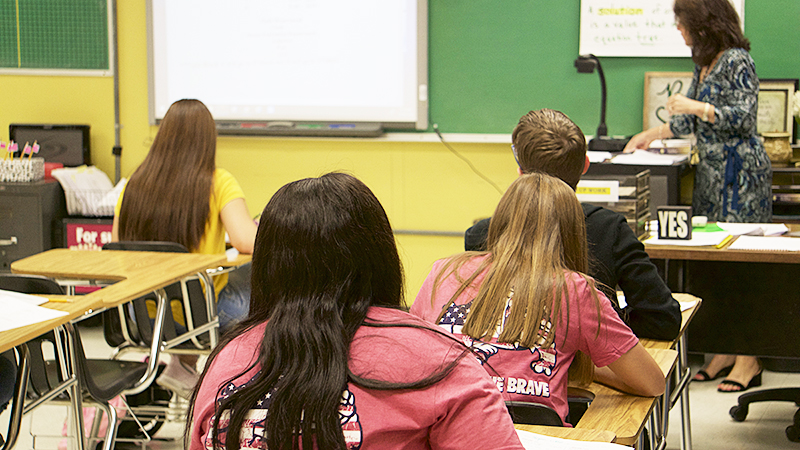 NEDERLAND — The Texas Education Agency is planning to proceed with statewide STAAR testing in the 2020-21 school year. Schools are fighting back.

STAAR, or the State of Texas Assessments of Readiness, is the education board’s testing program required for all public school students in grades 3-12 to take at the end of the year.

Due to the interruption of COVID-19 last spring, the state cancelled STAAR for the remainder of the 2019-20 academic calendar.

Many educators, districts and state representatives are now fighting for its cancellation a second time.

On July 6, Nederland ISD Board of Trustees announced their commitment to the fight by constructing their own resolution calling for the suspension of the test.

School Board President Micah Mosley said it’s important to focus on student and staff health and safety, not testing.

“The resolution intends to show our stance and opinion on how it should be waived for the school year,” he said. “That’s an opinion that’s shared by the board, administration and staff.”

Mosley said everyone is concerned about the learning gap caused by last spring’s school closures.

“We feel the STAAR test is not appropriate for the 2020-21 school year,” he said. “There is a lot of uncertainties on how the year will be conducted and we need to focus on the health and safety of the students and staff first, before we start worrying about state assessments.”

Nederland ISD’s resolution provides insight into the difficulties that will be imposed with requiring testing.

“WHERE AS, external research shows that, historically, extended school closures negatively affect student achievement in math and reading, with the greater impact being in math.

“Internal research shows that there are significant academic gains made at the end of each school year, which may not be present now with the extended school closure.”

Mosley said for these reasons and many others, it’s important to suspended testing despite from Education Commissioner Mike Morath’s plan to alter how the state accountability is taken.

“We are hopeful that the STAAR test accountability and grading will be waived altogether considering the expectations the virus has presented for this year,” he said. “It’s not just me. We joined several other districts with similar resolutions.”

As a current Texas Association of School Board (TASB) member, Phillips’ voice is instrumental in spreading information to other schools in Region 5.

“I’m kind of in a unique position,” he said. “I got the resolution from a friend of mine on the TASB board out of Dallas, they passed it along to us. I’ve since shared it with superintendents and board members out of Region 5 to ask them to pass the same resolution or one similar to it.”

Echoing Mosley’s statement, Phillips said the No. 1 importance is health and safety.

“We need to show we are standing together as one,” he said. “We are coming together to push what’s important, and that’s the health of our students, staff and educators. With the social and emotional gaps of what our kids have been through, we need to focus on getting them back in the mindset of school and then we can worry about STAAR assessments.”

Mosley said he wanted to thank Phillips personally for his involvement.

“If the entire state of Texas gets on board they can’t ignore it,” he said. “We all need to show our concern in solidarity.”

A current petition to cancel the STAAR test is circulating on change.org.