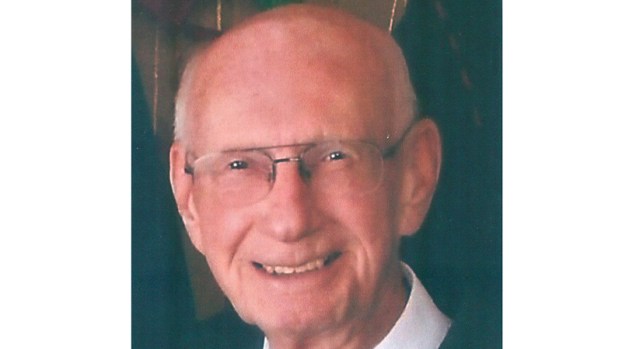 Louis was born June 2, 1925, in Pike County, Mississippi, to Hugh and Emma Trimble.

After graduating high school in 1941, he moved to McComb, Mississippi, and worked at JCPenney and the newspaper.

In September of 1943 he was drafted into the Army where he trained at Camp Berkley in Abilene, Texas.

His first job in the Army was training new recruits.

He was then assigned as a medic and was a Staff Sergeant in the 4586th Army Quartermaster Grave Registration Company.

They disinterred cemeteries in the Philippines and made tooth charts that identified the soldiers before sending them back to the United States.

He was discharged from the Army in February 1946 and then attended Draughon Business College, in Mississippi.

In March of 1947, he joined his brother, Hugh Trimble, and began working at The Texas Company in Port Arthur, Texas.

He started in the railway department and then transferred to the shipping department.

In December of 1975 he was promoted to Traffic Supervisor of the Railway Loading Rack and
Shipping Office where he remained until his retirement from Texaco on December 1, 1985, after 36 years of service.

Louis was a member of the First Christian Church (Disciples of Christ) in Port Arthur.

In his years after retirement he enjoyed being a part of the “Kitchen Crew,” the monthly Men’s Breakfast, and teaching Sunday school to the Fidelis Class.

While working at Texaco he met his wife Dolores Craig.

They shared 64 years together and had one child, Melanie.

One of his favorite loves was gardening and he shared that passion with his daughter.

However, the highlight of his life came on April 13, 1999, when his twin granddaughters, Kristen Lanie and Ashlyn Ann, were born.

From that moment on he beamed with pride each time he saw them.

He always loved hearing Ashlyn’s stories about deer hunting, fishing, and the latest car shows she had been to.

He was captivated listening to Kristen play the piano, sing, and tell stories about band life.

He loved us all unconditionally and we will miss him more than we can say.

Louis was preceded in death by his wife, Dolores Trimble, his brother, Hugh Trimble, and his wife, Altha Trimble.

A memorial service to celebrate his life will be held at The First Christian Church of Port Arthur which will be announced at a later date.

In lieu of flowers, the family requests donation be made to your favorite charity, MD Anderson Cancer Center, or the American Red Cross.

Loubertha Howard, 92 passed away on March 15, 2020 at home. She was a native of Alexandria, Louisiana. She spent... read more