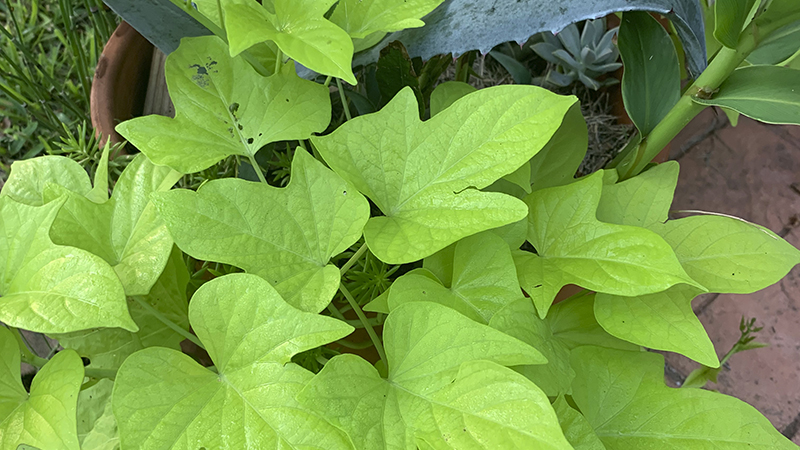 I wrote and lived most of this column two years ago. We were so displaced you may have missed it.

When I’m far away and represent Port Arthur, people ask how it was during and after Hurricane Harvey flooding. I say that if you didn’t have your home or your house flooded, then you likely had someone staying with you. We got better.

My home was intact and I had no problem feeding myself resourcefully, though supermarkets were short of stock, but someone staying in our house put out a crisis call and said we were eating leaves off the patio for survival. Her relative promptly got a big ice chest over from Lake Charles filled with chicken, pasta and peanut butter. I just couldn’t explain that as herb grower, I always go out to snip oregano, sweet potato leaves, etc. to flavor my meals.

Still riding high from our total eclipse viewing in Tennessee, we came home to Harvey, the top Texas news.

My mom, recalling long power outages after Rita, was hoping we’d take her out of the flash flood path and all the way to Sherman, but alas, plans come and go so quickly in a time of potential crisis. We had seven plans and ended up pretty safe at home on Sunday.

Thank goodness she didn’t look out the window when our street was flooded.

She mentioned cleaning our her freezer before we left, as we recall how trashed, stinky ice boxes lined the streets before. I hadn’t realize that she was thinking we’d take an ice chest full of food to our host’s home so we could cook it there.

That was too much, I thought, for the willing host family to deal with. As it became clear we were staying, we started defrosting and eating up the best stuff first.

Where had she been hiding all that chicken, roast and Italian sausage? I got crazy with her seasonings and sauces. The best, part, it was all pretty low carb.

I saw on a Weight Watchers Facebook page people discussing doing some heavy Harvey snack binging, but I stayed on track with meats and veggies. Low carb and all.

I saw other Facebook pages people kind of freaking about where to get food at restaurants, but thanks to my mad creative cooking skills, I stayed more than nourished.

Readers, I hope you all can get Harvey behind you soon. The rain is picking up again as I write this.

Here’s one of the use-it-up bites I came up with:

Cut corn tortillas into strips and sautee in butter. (Normally I’d use olive oil, but I was trying to use up butter if the power went out.)

Work in any dry herbs you have and melt cheese on top. Top with chopped onions if you are lucky enough to have them.

Darragh Doiron is a Port Arthur area foodie grateful for all the people who helped our area out during and after Hurricane Harvey. Reach her at darraghcastillo@icloud.com