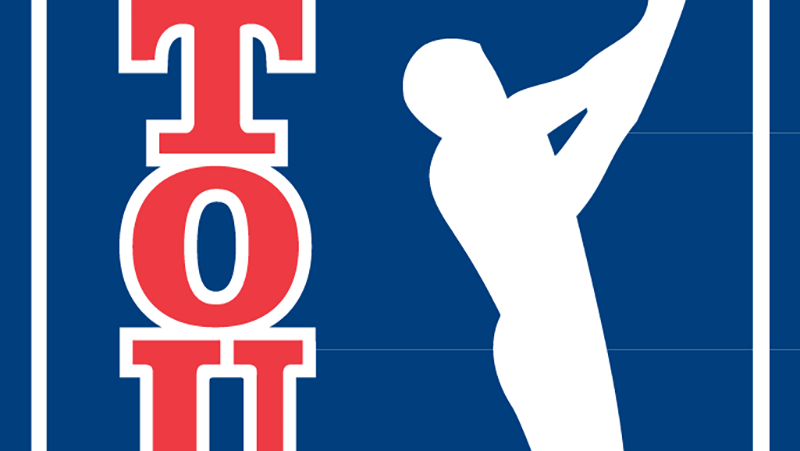 Andrew Landry shrugged off back-nine adversity Saturday to put himself in position to win for the second time on the PGA Tour.

Not to be outdone, Chris Stroud, playing a few holes ahead of his fellow Port Neches-Groves ex, shredded the back nine to also put himself in position for a second victory.

In a nutshell, the third round of the John Deere Classic was somewhat of a Pea Patch dream. Landry led for much of the day, he and Stroud shared the lead ever so briefly, and when the smoke cleared the Groves duo had created a Sunday scenario certain to have Southeast Texans golf fans glued to their TVs.

Coverage begins at noon on the Golf Channel, then switches to CBS (KFDM-6) at 2 p.m.

Landry, with a strong rebound from back-to-back bogeys, shot 67 to reclaim a share of the top spot with Carlos Tringale at 16-under-par 197. Stroud, fueled by five consecutive birdies from from 11 through 15, posted a 66 for 200 and is tied for ninth.

It promises to be a wild finish as nine players will start the final round within three shots of Landry and Tringale on a course that could serve up a 62 or 63 and see somebody come from out of the pack to win. Anybody not making lots of birdies won’t have a chance.

Landry has made 19 birdies thus far, tied for third in the field, and started Saturday like he might drain nine or 10. He bagged three in the first five holes to quickly pass second-round leader Jhonnatan Vegas and grab the top spot. Then he hit a dry patch and wouldn’t make another birdie for seven holes.

Bogeys at 11 and 12 knocked him out of the top spot, but he regrouped with a birdie from 6 feet, 9 inches on 13. What followed was the turning point of his round. After his second errant tee shot in three holes, the former Arkansas star rolled in a clutch par putt from 22-9 that was like a shot of adrenaline.

The par save was the inspiration to birdies from 16-6 on 16 and 2-1 on the par-5 17th. That pulled Landry back into a share of the lead. He narrowly missed walking away alone in first when his birdie attempt from 10-1 slid past the cup on 18.

Stroud, meanwhile, put together act an electrifying stretch on a back nine that he’s owned. all week. After an early bogey and an even par 35 on the front that dropped him well down the leaderboard, the former Lamar star went on an absolute tear that started with a birdie from 12-11 on No. 11.

Another birdie after putting for eagle at 17 earned Stroud an oh-so-brief share of the lead with four others at minus-14. Unfortunately, he took a step back with a bogey at 18 after driving in a fairway bunker, putting his second into a greenside bunker and missing from 12 feet.

It was Stroud’s ninth consecutive round in the 60s at the TPC Deere Run and continued an odd front nine, back nine pattern this week. Through the first three rounds, Stroud has taken 106 strokes on the front (one over) and 94 on the back (14 under).
Landry, on the other hand, has played no favorites. He’s toured the front in 97 strokes (eight under) and the back in 100 (eight under).

Lamar ex Shawn Stefani, the other Southeast Texas interest in the tourney, shot a 67 and is tied for 39th at 206.