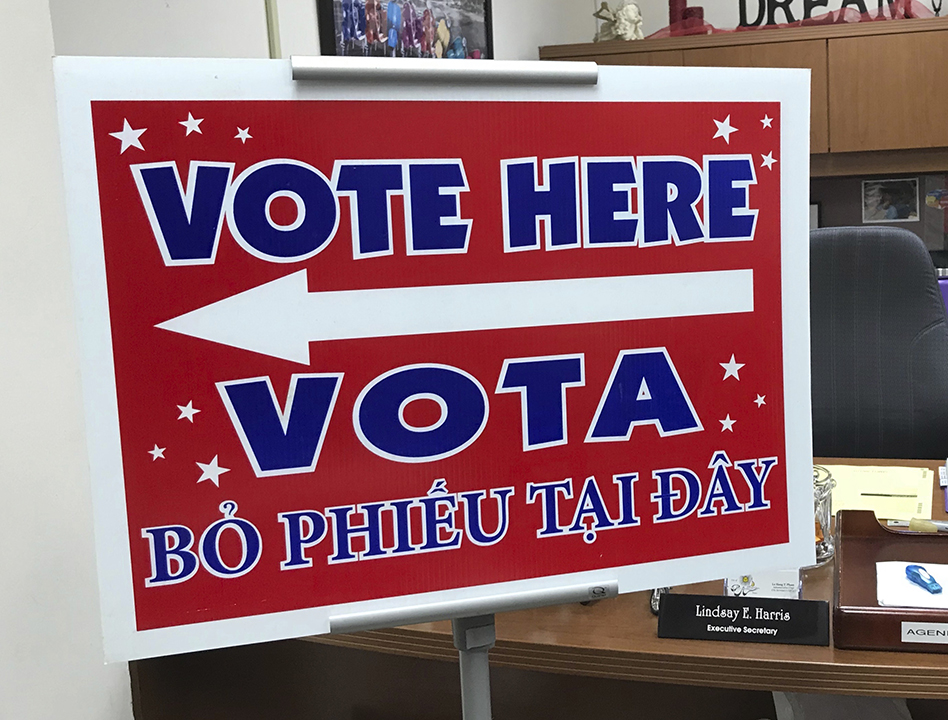 A sign directs early voters where to go to cast their ballots at Port Arthur City Hall on Friday. (Ken Stickney/The News)

Early voter turnout for the June 22 Port Arthur mayoral runoff appeared to be consistent throughout the week, with a high mark of 425 voters Tuesday and a low of 340 on Thursday. Voter totals, by day, were:

City Secretary Sherri Bellard said early this week that voting appeared to outpace the relatively brisk pace recorded during the May 4 General Election early voting in April. The early vote total through Thursday was 1,473.

In the May 4 vote, Freeman led the ticket with 35 percent of the votes; Bartie was second with 24 percent. The two are vying in the runoff for a three-year term.

The mayor’s position is part time.

Those who don’t vote early can cast their ballots June 22 from 7 a.m.–7 p.m. at their regular polling places at the following locations:

Tuesday’s regularly scheduled City Council meeting has been moved to Monday because of extended hours for early voting Tuesday.

Early voting is done on the fifth floor of City Hall, next to the City Council chambers. The meeting was moved to Monday to avoid any conflict with voting operations.