ONE TANK TRIP — ‘His Life in Art’: Catch Van Gogh exhibit while you can 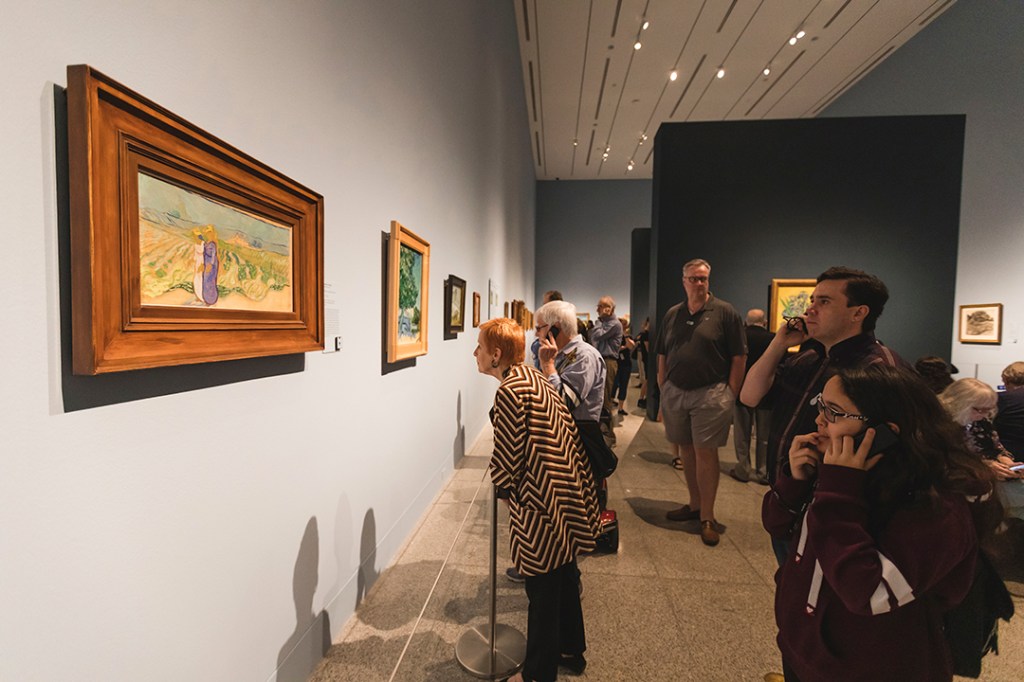 Visitors to Vincent van Gogh: His Life in Art view the works of the Dutch master while listening to audio-tour devices at the Museum of Fine Arts Houston. The exhibit is in its final weeks. (Courtesy of Trish Badger)

Editors note: This is the second in a series of stories called “One-Tank Trips” about places families might visit on a tank of gas, enjoying overnight stays on small budgets.

HOUSTON — There’s still time to see more than 50 portraits, landscapes and still lifes of Vincent van Gogh but you need to go soon.

The Museum of Fine Arts in Houston, 1001 Bissonnet St., is hosting “Vincent van Gogh: His Life in Art” through June 27 and as of June 3 nearly 160,000 people have visited, Sarah Hobson, publicist for MFAH, said.

Helga Aurisch, curator for European art, MFAH, said the collection is special because it allows the museum to trace Vincent van Gogh’s development from his early Dutch works up to his latest paintings from Auvers, near Paris, executed in the last two months of his life. 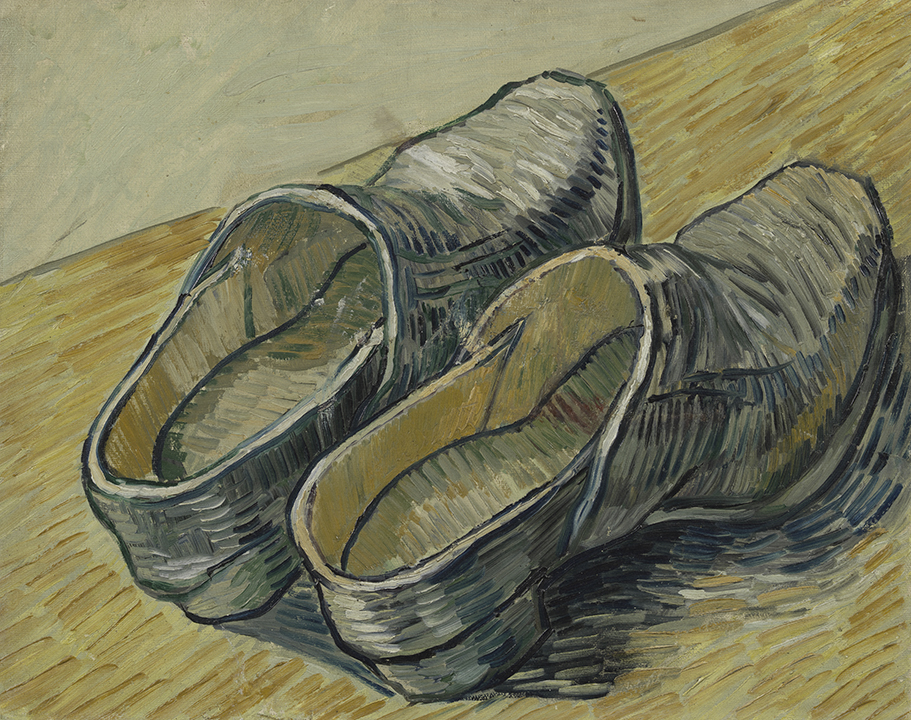 A Pair of Leather Clogs, Autumn 1889 (Courtesy of Museum of Fine Arts Houston)

In the Café: Agnostina Segatori in Le Tambourin, January-March 1887
Agostini Segatori was the Italian owner of Le Tambourin café, a restaurant and cabaret she opened in 1885. She was a famous former painters’ model and at the time this was painted, was Van Gogh’s lover. (Courtesy of Museum of Fine Arts Houston)

“The exhibition was culled for the most part from two Dutch museums, the Van Gogh Museum, Amsterdam, and the Kröller-Müller Museum, Otterlo,” Aurisch said. “Both of these collections came directly from the heirs of Vincent van Gogh. The museum enhanced the exhibition with a couple of paintings and works on paper from American public and private collections in order to fill out the narrative we would like to convey to our audience.”

On a recent Sunday, crowds packed the museum to get an up-close look at the Dutch artist’s works. Some moved quickly through while others stood and appeared to study every brush stroke on the works created well over 100 years ago. It appeared some patrons had their favorites, posing for selfies and photos with the paintings in the background.

Aurisch picked out her favorites as well — the Irises. 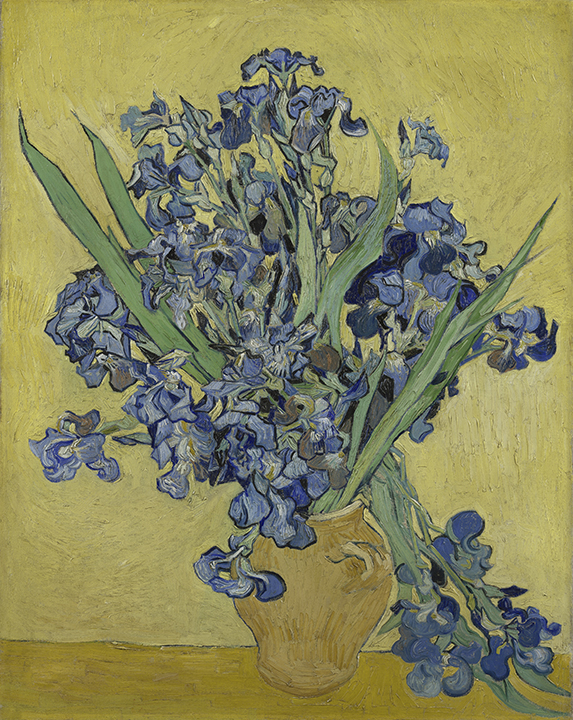 Irises, May 1890
Irises is considered one of Van Gogh’s greatest still lifes not only for its beauty by because it allows for many interpretations. The flowers were originally purple but have since faded. Van Gogh was fascinated by complementary colors hence the purple against the yellow. (Courtesy of Museum of Fine Arts Houston) 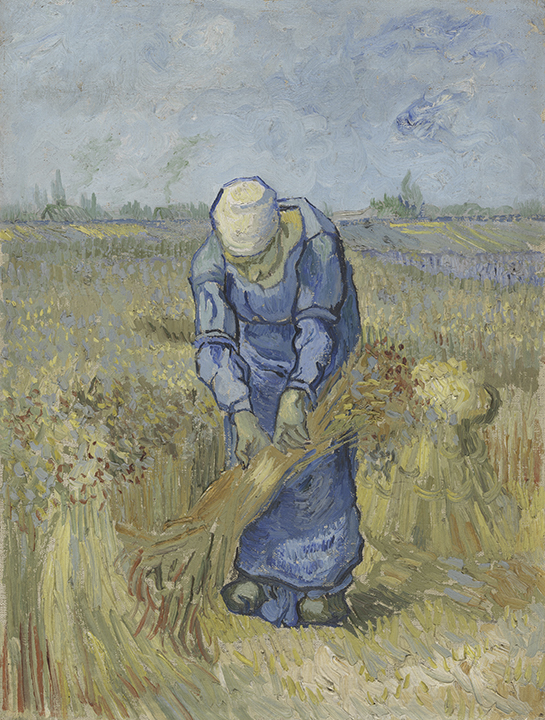 Peasant Woman Binding Sheaves (after Millet), September 1889
From September 1889, Van Gogh made 20 paintings, copying images in prints by or after Jean Francois Millet. At the time he was in an asylum and it is believed he had did these works for consolation and to rebuild his self-confidence by returning to the painter that inspired him in his early years. (Courtesy of Museum of Fine Arts Houston)

“They are one of Van Gogh’s finest achievements: a gorgeous still life with these spectacular flowers that grow in profusion in Provence, where he must have just picked them at the side of the road and placed them in a simple vase,” she said.

“Setting this yellow vase on a yellow ground and in front of a yellow background makes this a symphony in yellow — his favorite color. The blossoms, which were originally more purple than blue (they faded because he used geranium lake, which was a dye and very fugitive) is such a wonderful, vivid contrast. The luscious bouquet is both typically Van Gogh, painted in his very own characteristic style, yet it also points to his deep seated roots in Dutch painting, since it refers back to the magnificent flower still lifes painted by Dutch masters from the 17th century onward.” 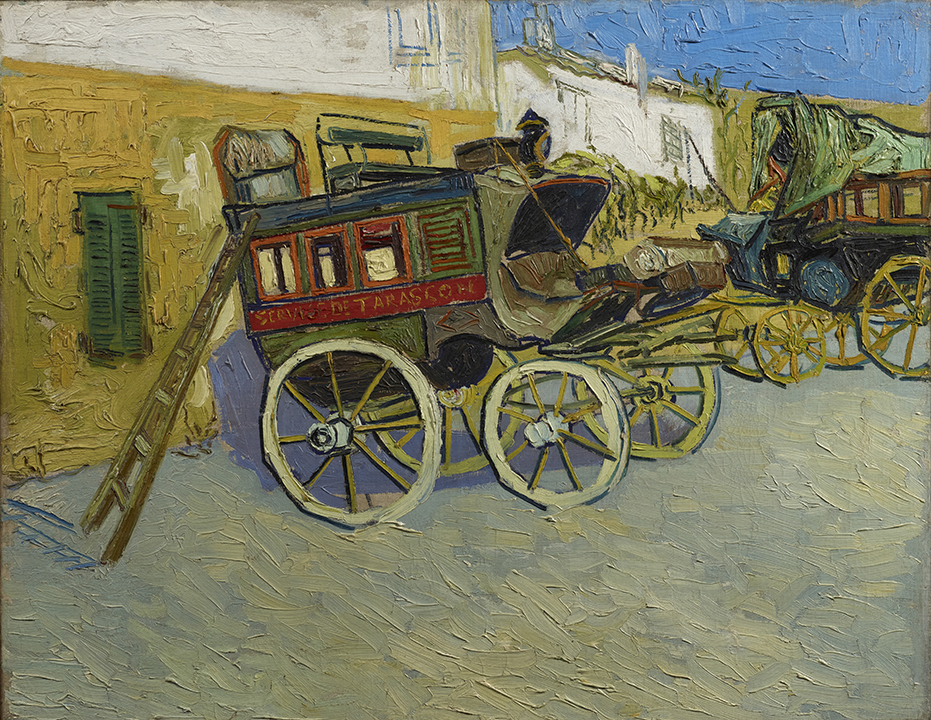 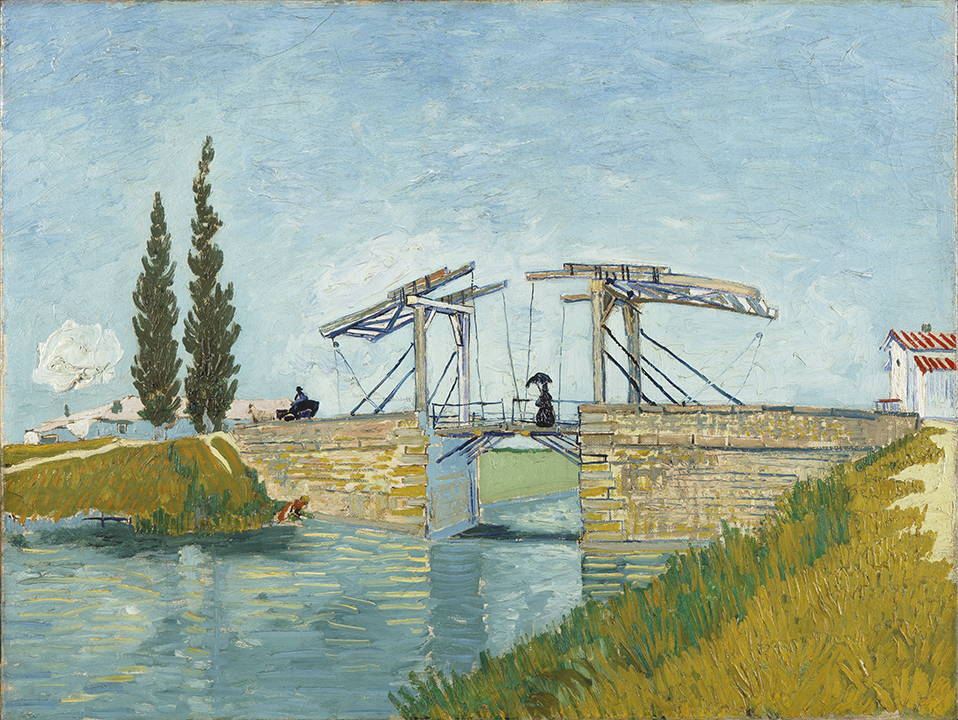 The Langlois Bridge at Arles, May 1888 (Courtesy of Museum of Fine Arts Houston)

After the tour don’t forget to visit “Van Gogh Up Close” — an interactive companion display that brings out the kid in all of us. You can step into, literally, a Van Gogh painting and pose for a photo and there are plenty of photo ops available.

In one area, a screen projects the painting Starry Night allowing the visitor to submerge him or herself into the painting while another area lets you make the painting come to life and move. There is a café scene, a bedroom scene and more.

Audio tour — An optional, audio tour delves deeper into selected works of art with commentary and insights from MFAH curators. Offered in both English and Spanish. Included in ticket price, based on availability. Audio-tour players are located at the exhibition entrance.

Van Gogh Mondays — The museum is usually closed on Monday but during the final three weeks of the exhibit it will be open; June 10, June 17 and June 24. Tickets give access to Vincent van Gogh: His Life in Art, Van Gogh exhibition shop and interactive companion display Van Gogh Up Close.

There’s plenty to do while you are at the MFAH.

Parking: the closest museum parking is the underground garage at 5101 Montrose.