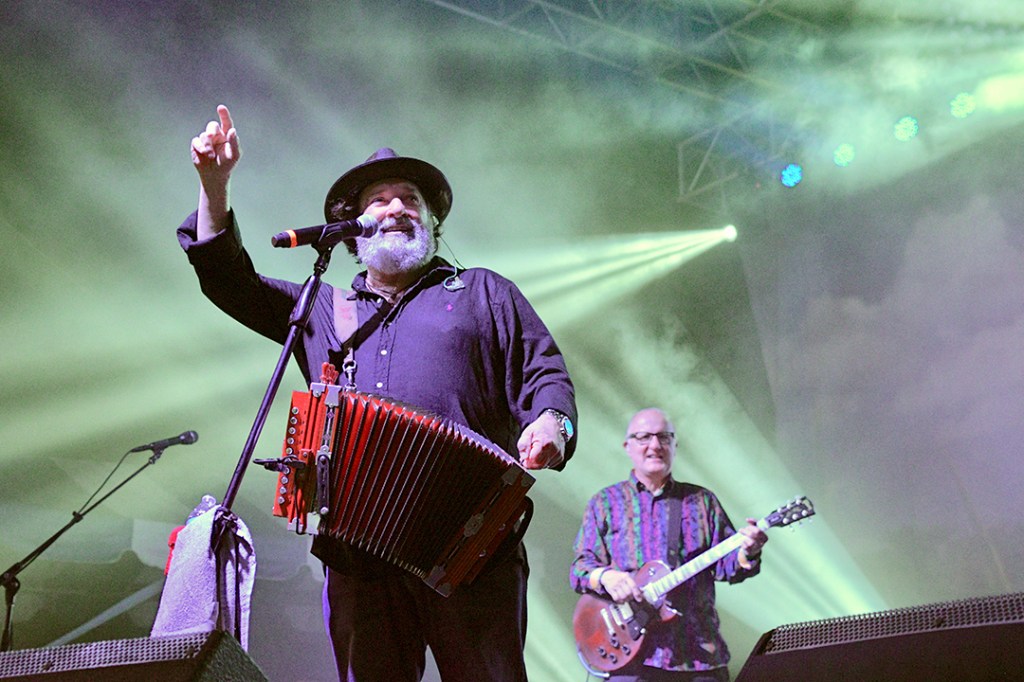 Wayne Toups performs at the International Rice Festival. (Special to The News)

A year ago, recovery from record-setting Tropical Storm Harvey flooding had Greater Port Arthur people on their heels, financially. The Port Arthur News published a series of articles about places close to home where families might visit without incurring debt. This year, with employment full and the economy recovering, we offer a series of stories about places families might visit on a tank of gas, enjoying overnight stays on small budgets. Our first visit is to Acadia Parish, Louisiana, in the heart of Cajun Country.

CROWLEY, Louisiana — This largely Cajun hamlet and its nearby environs offer a panoply of passing pleasures, from food to festivals. But there’s a permanence to its attractions, too, many of which are offered up in museums and historic districts, graveyards and statuary. It’s worth a stay, the locals say.

Crowley is the government seat of Acadia Parish, founded in 1886 and named for the colony in Canada that included Nova Scotia and Prince Edward Island, New Brunswick and much of Maine, where French-speaking peoples were ousted from their homes by the British in the 1750s as the Seven Years War neared with the French. It was the start of the Great Upheaval, which eventually saw many Cajuns eventually migrate to Louisiana; some of those people, in turn, migrated to Southeast Texas to work in the energy and shipbuilding industries in the 1900s. 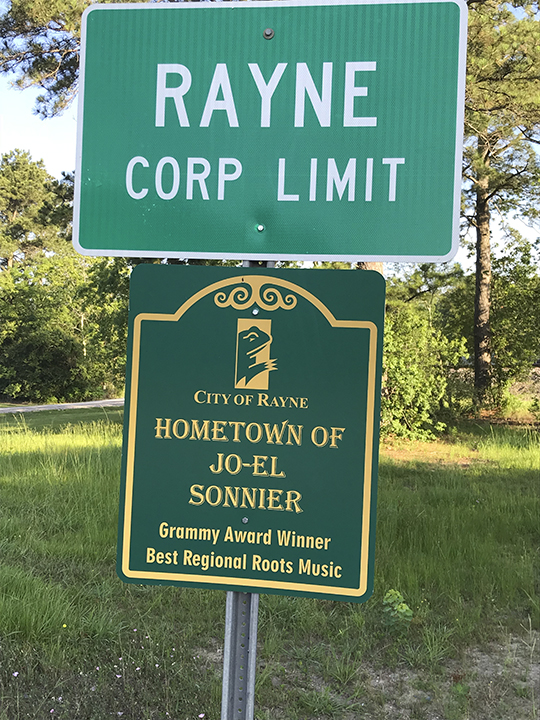 Grammy winner Jo-El Sonnier, whose included in the Museum of the Gulf Coast in Port Arthur, was born in Rayne. (Ken Stickney/The News)

That Cajun influence is felt in Acadia Parish today. Grammy winning Cajun musician Jo-El Sonnier, who is enshrined in the Museum of the Gulf Coast in Port Arthur, was born in Acadia Parish, son of sharecroppers. Acadia Parish cash crops are rice and crawfish, both celebrated by local festivals.

“The crawfish are running wild right now,” said Gwen Hanks, executive director of the Acadia Parish Tourist Commission, located at Exit 82 off Interstate 10. “Ask anyone about the food.”

These days, the crawfish are in and the rice farmers are planting, Hanks said. One crop follows the other.

There is more that links Southeast Texas and Acadia Parish, though, than Cajun culture and food. Among the links is the oil industry, which was birthed in Louisiana in the Evangeline fields in southwestern Acadia Parish in September 1901 by some of those who shared in the Spindletop discovery near Beaumont just nine months before.

Jack Brooks, a Democrat who represented Southeast Texas for 42 years in Congress, also links the two communities. Though mostly raised in Beaumont, Brooks, son of a rice dealer, was born at the family home in downtown Crowley, a city that was home to several Louisiana political icons, among them the four-times elected and one-time convicted governor Edwin Edwards, and influential U.S. Sen. John Breaux.

A marker near the courthouse in Crowley notes where former U.S. Sen. John F. Kennedy spoke before a massive crowd during the 1959 Rice Festival, shortly before he initiated his successful run for president in 1960.

Local historians and buffs say Crowley reveres politicians, and the Kennedys have historic links here. Among these was City Judge Edmund Reggie, born in Crowley, who befriended the Kennedy family as a delegate at the 1956 Democratic National Convention and later invited JFK to that 1959 Rice Festival, where Kennedy, as an honored guest, spoke before a crowd estimated to be as large as 130,000. As glamorous to the largely Cajun crowd as the Massachusetts senator was, his wife, Jackie, charmed them as much by speaking to them in Parisian French. Crowley makes this unusual claim, too: JFK placed a hat made from rice atop his hat; an existing photo proves this. It’s unusual because the former president had an aversion to wearing such hats while campaigning.

Four years later, following JFK’s assassination in Dallas, Vice President Lyndon Johnson took the oath of office on Air Force One. To his left in an immortal photo stood Jackie Kennedy; behind her stood U.S. Rep. Jack Brooks, the Crowley native and an LBJ intimate. 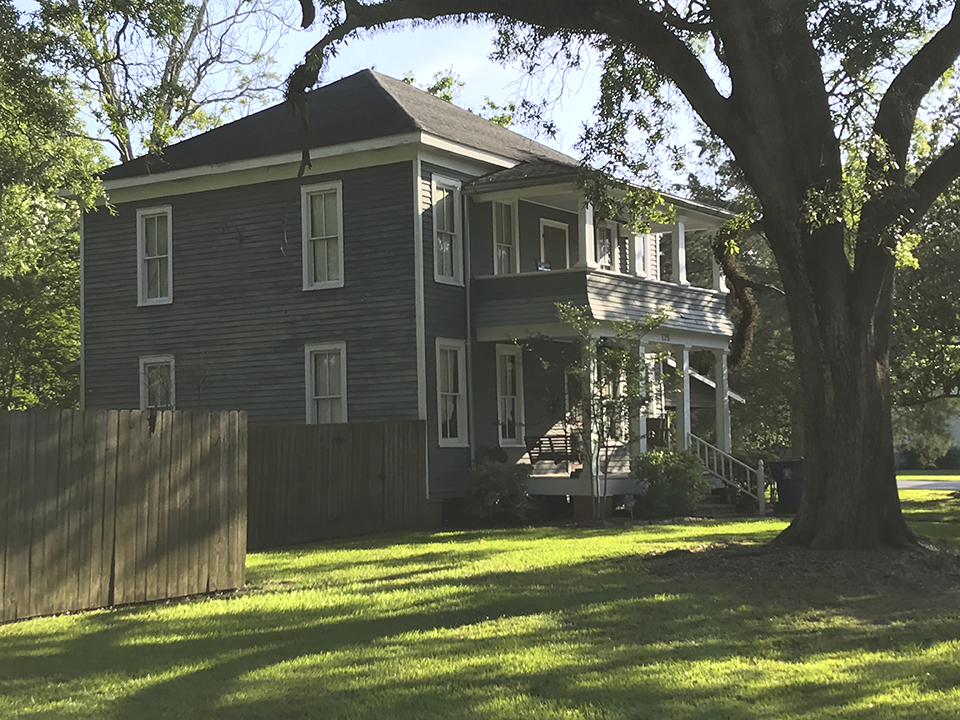 Crowley attractions include the downtown historic district, which features the elegant and towering St. Michael the Archangel Catholic Church, recently remodeled for $3 million, and stately homes that date back nearly to the founding of Crowley. In all, there are some 200 buildings in Crowley on the National Register of Historic Places. Many remain occupied, said Ann Mire, a former librarian and a local historian.

Much of the town’s history is related at four local museums at City Hall, which is housed in the former Crowley Motor Co. & Ford Building at 425 N. Parkerson Ave. These include the Rice Interpretive Center, the History of Crowley, J.D. Miller Music Recording Studio and Ford Automotive Museum.

Nearby is the elegant Grand Opera House, 505 N. Parkerson, built in 1901 and restored for $4.5 million in 2006. It frequently hosts entertainment acts in its 400-seat hall: local, regional and touring. 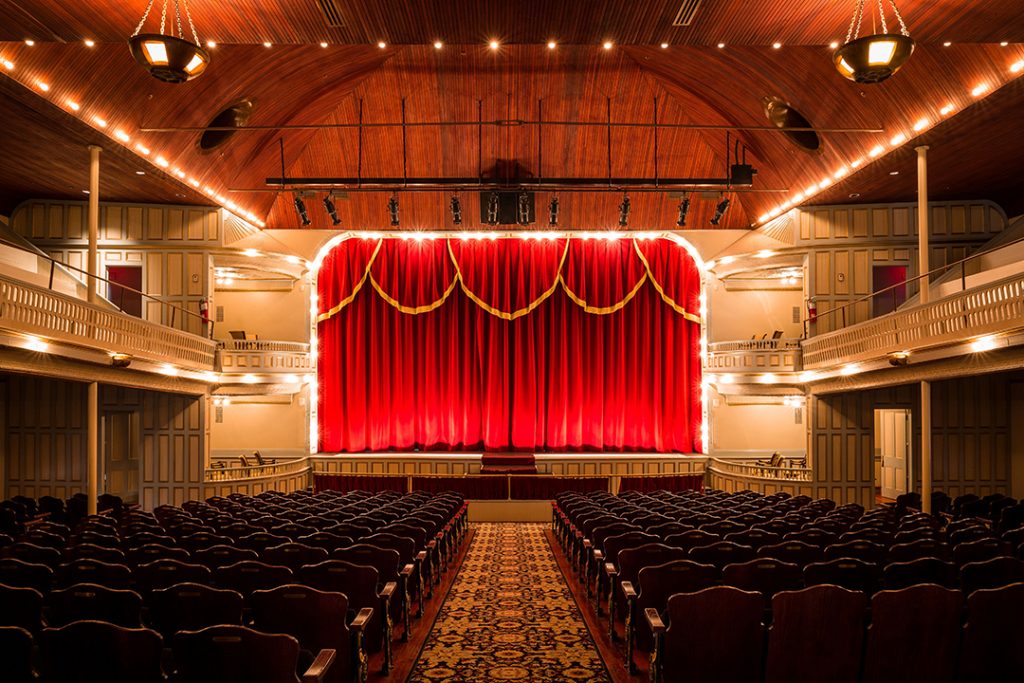 The Grand Opera House, restored in downtown Crowley, is an entertainment site. (Special to The News)

Seven miles down I-10 and U.S. 90 rests Crowley’s contemporary and rival city of Rayne, which boasts its native son, Jo-El Sonnier, on its welcome signs. Rayne is the Frog City, and hosts the annual Rayne Frog Festival, a movable feast now more than four decades old.

The Frog Festival hopped past us in May; the Courir de Mardi Gras in Church Point, an annual, authentic Cajun Prairie event, falls before Easter. But there’s plenty more of interest on the 2019 calendar in this largely rural parish. 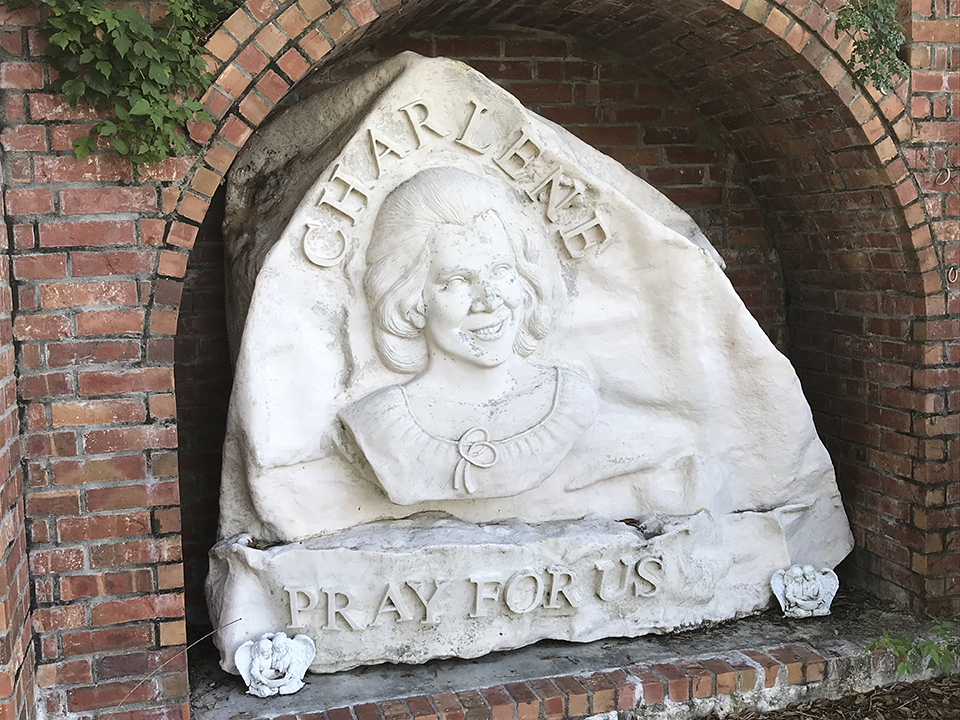 An image of Charlene Richard in front of St. Edward Catholic Church in the Richard community. (Ken Stickney/The News)

We traveled to the northern Acadia community of Richard to visit St. Edward’s Catholic Church and the gravesite of Charlene Richard, a 12-year-old child who died of leukemia Aug. 11, 1959. Local belief is strong that Charlene, devoted to St. Thérèse of Lisieux, is a saint, that her prayers as she neared death were miraculous in their results.

Over a period of 30 years, efforts for her canonization increased until word spread outside the Cajun community, and hundreds of people visited her grave daily outside St. Edward’s. On the 30th anniversary of her death, an outdoor Mass in Acadia Parish attracted 4,000 people; CNN covered the service, as did major newspapers from around the U.S. Knowledge of Charlene Richard’s short life and — to many local clergy, miraculous death — spread globally. Interest is expected to increase for the 60th anniversary of her death, which will be observed this summer. 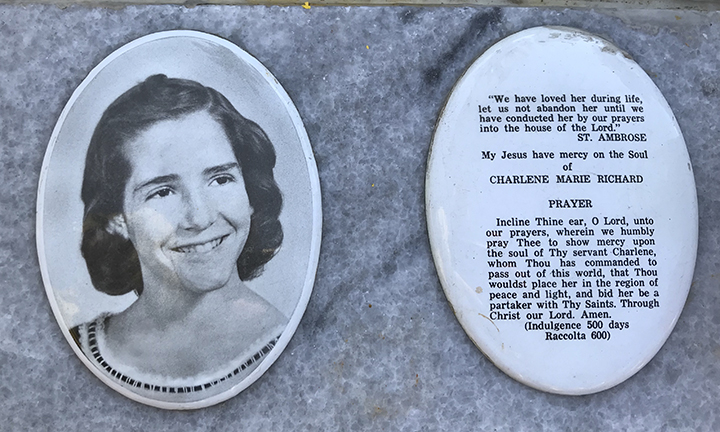 This image of Charlene Richard rests on her gravesite. (Ken Stickney/The News)

Remaining on Acadia Parish’s calendar this year, too, is the Robert’s Cove German Fest, hosted in an enclave of German settlers. It boasts of a family atmosphere and the fare includes native sausage, bread, potatoes, sauerkraut and sugar cookies. There is a German Heritage Festival is scheduled for Oct. 5-6.

On the heels of the German Fest comes the aforementioned Crowley’s Rice Festival, scheduled this year for Oct. 17-20. The event draws up to 300,000 visitors, so hotel reservations should be made early, tourism officials say. Organizers have not revealed their entertainment line-up, but expect it to be supreme.