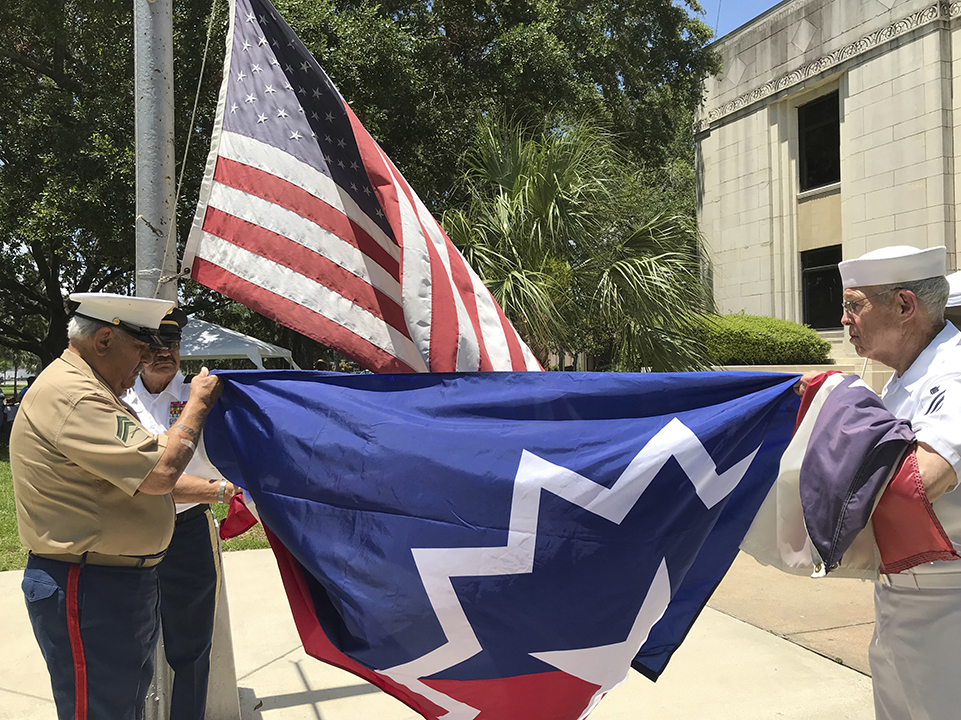 The African American Cultural Society marked 400 years of African American history Tuesday, as they raised the Juneteenth flag at the Jefferson County Sub Courthuse and presented a short play about Harriet Tubman.

Actress Melissa Waddy Thibodeaux said the annual June 19 celebration marks emancipation and liberation of former slaves, some 250,000 by the end of the Civil War. The celebration followed the arrival of Union Army Gen. Gordon Granger, who brought 2,000 troops to Texas, announcing the end of slavery in this state.

Carolyn Thibodeaux said the celebration starts in early June so that the Juneteenth flag can fly at the Sub Courthouse in downtown Port Arthur. The Southwest Texas Veterans hoisted the colors onto the flagpole in front of the building.

Melissa Waddy Thibodeaux led children at the ceremony to participate in a story about Harriet Tubman, a former slave and black abolitionist and political activist who, using the Underground Railroad, made frequent efforts to help lead slaves to freedom in the North. She also served as a scout for the Union Army and in later life was an activist for women’s suffrage.

The message of the interactive play was to solicit pledges from adults and children to support reading, not only to read more themselves but to also encourage others to read.