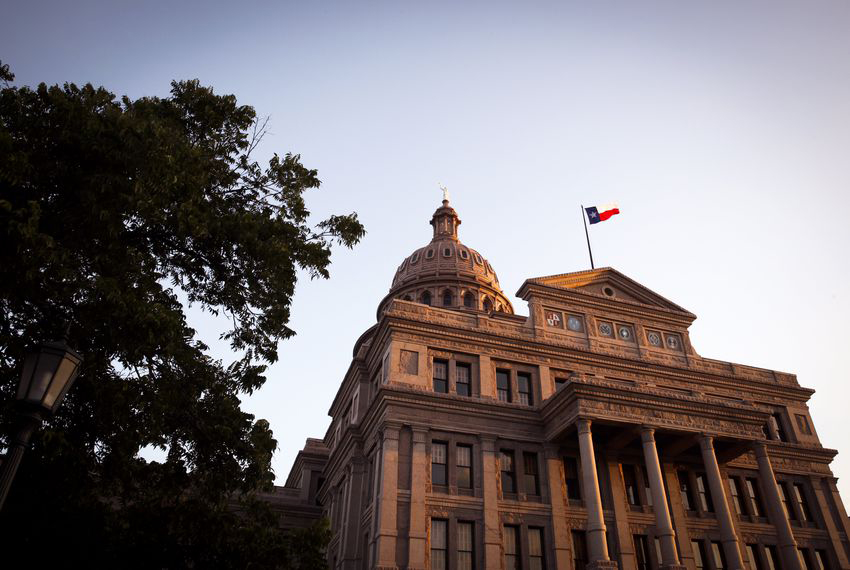 Texas Capitol in the late afternoon on June 12, 2017. (Austin Price for The Texas Tribune)

Lawmakers have hammered out a final version of their high-priority property tax reform package, a wide-ranging measure that aims to slow the growth of property taxes and make the way they are levied more transparent.

The bill, the result of negotiations between House and Senate legislators, is poised to be sent to both chambers and then the governor for approval as soon as this weekend. A version of the bill was obtained by the Texas Tribune.

In its final form, Senate Bill 2, the reform package, appears to have changed little from when it passed out of the House earlier this month on a 109 to 36 margin.

If signed into law, the measure would require cities, counties and emergency service districts to receive voter approval before raising 3.5% more property tax revenue than the previous year. Community colleges and hospital districts will need to hold an election before surpassing 8% property tax revenue growth.

The constraints only apply to revenue collected on existing property, not new developments.

Currently, taxing units can raise 8% more property tax revenue before their voters can petition to roll back the increase. The 8% figure was set during a period of high-inflation in the 1980s.

The final version of the bill, now titled the Texas Property Tax Reform and Transparency Act, appears to have several provisions intended to add flexibility around the reduced election trigger.

Some of the money taxing units spend providing indigent defense attorneys and indigent healthcare would not be factored into the revenue growth calculation. Taxing units would be able to bank unused revenue growth for three years, allowing them to exceed the 3.5% threshold in some of them. And tax districts can raise $500,000 without having to hold an election, as long as that increase does not exceed 8% revenue growth.

The $500,000 figure is intended to change with inflation and the election to exceed 8% growth would not be automatic; voters would have to petition for it, though they would need to gather less signatures than what is required in current law.

A Tribune analysis of state comptroller data from 2017 found more than 1,000 smaller taxing units could be able to surpass 3.5% revenue growth using this $500,000 provision. Added by House lawmakers, it is designed to offer districts with small tax bases the flexibility to make costly one-time purchases, such as to buy a new fire truck, without automatically triggering an election. The sponsor of the legislation, state Rep. Dustin Burrows, R-Lubbock, has also suggested it is illogical to require an election if the cost of administering it outweighs the revenue it could raise.

Burrows’ office has also calculated that the majority of Texans — more than 90% of county residents and 80% of city residents — live in municipalities that would be subject to the lower 3.5% election trigger.

The Senate’s version of the bill was authored by state Sen. Paul Bettencourt, a Houston Republican and chair of the Senate’s GOP caucus. The conference committee that negotiated the language in the final bill was chaired by Burrows and state Sen. Kelly Hancock, R-North Richland Hills, a member of the Senate’s property tax committee.

Previous drafts of the legislation had tried to require almost all taxing units, including community colleges, hospitals, and school districts, to hold an election before raising 2.5% more property taxes than the previous year. At one point, the House considered changing the revenue growth calculation to incentivize cities and counties to offer homestead exemptions to their residents. And there was an attempt to let taxing units bank unused revenue growth for five years rather than the three years in the final version.

The Senate also tried to exempt small taxing units — those with potential property and sales tax collections of $15 million or less — from portions of the bill, unless their residents voted to opt in. The $500,000 allowance in the final version of the bill is likely to affect many of those small districts.