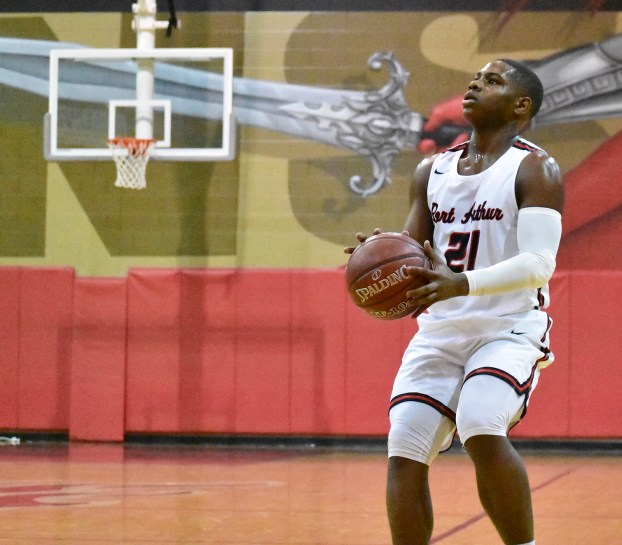 Donovan Dorsey of Memorial pulls up for a made three-point basket against Dayton on Tuesday in Port Arthur. (I.C. Murrell/The News) 2-5-19 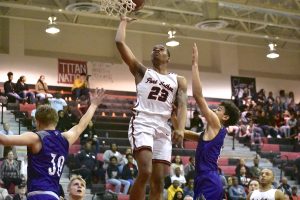 Darvin Rubin of Memorial drives to the basket for a layup against Dayton on Tuesday in Port Arthur. (I.C. Murrell/The News) 2-5-19 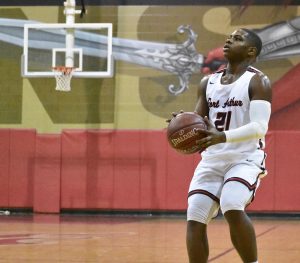 Donovan Dorsey of Memorial pulls up for a made three-point basket against Dayton on Tuesday in Port Arthur. (I.C. Murrell/The News) 2-5-19

Donovan Dorsey soaked it all in.

In his final home game at Memorial High School, Dorsey knocked down eight of his team’s 14 three-point baskets, and the Titans showed Dayton little mercy Tuesday night in a 91-36 victory.

Dorsey earned the senior night start along with Darvin Rubin, Kendall Calcote, Keigan Kenney and Kam Williams, and quickly stood out from the beginning with four three-point baskets.

“They gave him open looks, and he’s a shooter,” Titans coach Alden Lewis said. “He’s able to knock down those shots, and that’s what he did today. He got some space, and he made it count.”

If Barbers Hill wins its final two games, the Eagles and Titans will tie for the district championship with a one-game playoff for the No. 1 seed going into the UIL 5A playoffs likely to be scheduled at a neutral site. Each team has beaten the other on the road once this season, both games decided by two points.

Memorial’s usual starting five of Steven Wilson, Armand Callihan, Jaden Conner, Kenneth Lofton Jr. and Nate Clover didn’t take the floor until the start of the second quarter. Their work was made easy after Tuesday’s starters built a 14-0 lead and 24-8 advantage through the first 8 minutes.

Dorsey did not score in the second quarter, but Conner had 10 of his 14 points in the period as the Titans’ lead grew to 50-13 at the break. Dorsey canned three more treys in the third and one in the fourth.

Kenney scored nine, and Lofton and Rubin had eight each. Twelve of the 14 Titans entered the scoring column.

Noah Santos led Dayton with 13 points. Three of them came on a 35-foot shot to end the first quarter.