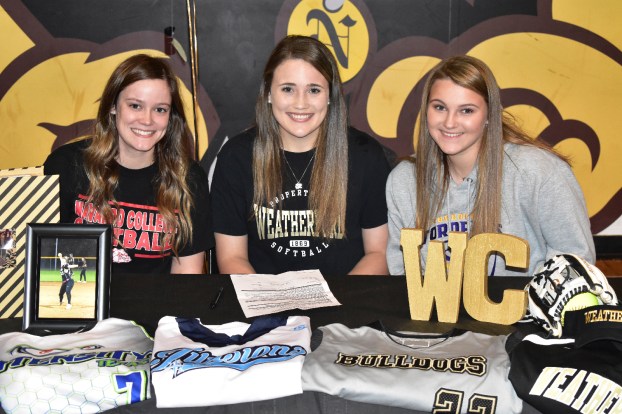 From left, Nederland seniors Lexi Eversole, Destini Trahan and Hannah Grumbles signed letters of intent to play softball on the collegiate level. Eversole committed to Navarro College in Corsicana, Trahan signed with Weatherford College, near Fort Worth, and Grumbles is going to Concordia University Texas in Austin.