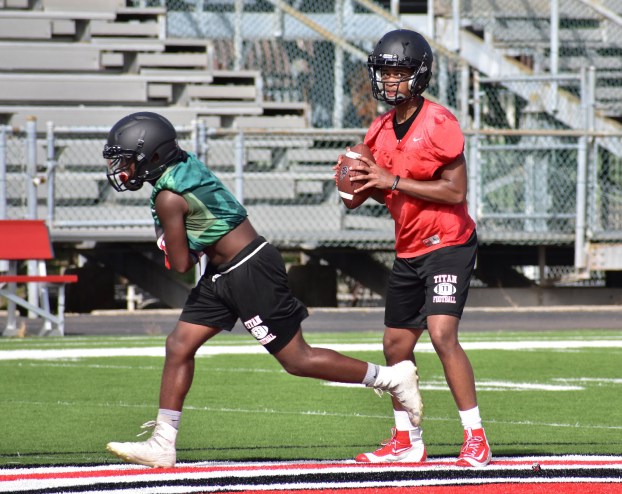 FOOTBALL: Not like a first day: Titans continue work from spring, summer 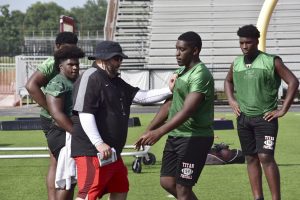 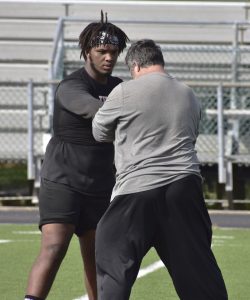 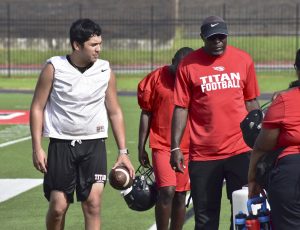 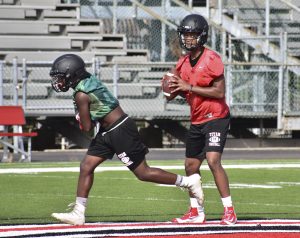 For one week in August, Memorial’s football players saw what other high school programs were doing in their preseason camps.

“Guys flew around and were energetic. They were ready to be here after watching everybody in the area start last week,” first-year Titans head coach Brian Morgan said after Monday’s practice. “There was no lack of energy today. It was a pretty good day.”

The Titans, though, got a head start on the season to come with spring ball and spent the summer focusing on conditioning.

“The guys did a great job working in the summer on their own and against each other, so you could really tell today,” Morgan said. “Like we told them, the spring and summer were for learning what to do. There’s no question on what to do; it’s just how to do it better.”

All the spring and summer training the Titans took on apparently doesn’t compare to a first day of preseason camp.

“It felt great to come back on the field and do something you love, football, you know?” senior cornerback JaVontae’ Hopkins said.

Monday wasn’t a typical first day at Memorial Stadium for the Titans, a 5A Division I Region III semifinalist a season ago. It was a continuation of the preparations they began in May, two months after the Port Arthur ISD promoted Morgan from assistant coach.

“We got a chance to install everything in the spring,” Morgan said. “There was nothing going in new this fall. We put in our whole offense and our whole defense in the spring.”

“Really good for the first day. The effort and the intensity were there,” he said. “One thing you got to have is the effort. They were communicating and talking, just being disciplined. We’ll be all right.”

Under UIL policy, 5A and 6A teams that do not hold spring camp may begin preseason camp the same week as teams in 4A and lower classes. That began last Monday for teams like Nederland and Port Neches-Groves.

Retaining information from the spring for an extra week didn’t seem to be a problem for the Titans. The experience the Titans boast defensively could be a huge help for Mangum.

“With the experience coming back, it’ll carry over into a chance to win some games,” he said. “The kids are hungry. Coach Morgan’s got it in the right direction.”

The two weeks of camp before the first game week of the season means Memorial will have just one inter-squad scrimmage. That will be at Nederland on Aug. 23, and Morgan expects that rehearsal to reveal plenty about his team.

“For the most part, it’s about getting in shape for the Aug. 31 game against Deer Park,” he said.

HOUSTON — From the time De’Andre Angelle was helping Memorial’s 4×200-meter relay team set a national record to his time as... read more