Austin Williams was looking for a new partner and a way to transition the family business — Games People Play — into the next generation.

He felt the best way to do that was a total new look and feel, and a new name that carried his imprint.

Highly popular Topgolf was seeking ways to enhance its brand against upstart competitors springing up around the country.

The result was a three-year courtship that culminated in a marriage about to bring exciting new options to golfers in Southeast Texans. And the offspring, if Topgolf’s history holds, will be the creation of what the game desperately needs — more people dipping their toes into a sport they view as too boring, too costly or too time consuming.

Williams, a former Lamar University golfer, made it all official in a press release Monday. The gist is that his newly named 5 Under Golf Center at 5945 College St. in Beaumont will be home to not one but two versions of Topgolf.

Outdoors, but in a covered area, will be 10 hitting bays featuring the Toptracer technology for tracking shots you see on televised PGA Tour events.

Instant feedback will be provided on video screens for everything from distance, to ball speed, to launch angle, to hang time.

Players or groups of players can rent the bays by the hour and compete in several ways with the proximity of their shots to targets.

On the inside of the facility, will be four plush Topgolf Swing Suites, with large simulators offering various games and the chance to play some of the best courses around the world. Major championship sites like Pebble Beach, Bethpage Black and St. Andrews are included.

Enhancing the experience will be food and beverage offerings, music and multiple HDTVs tuned to sporting events. Think of it as golf’s amped-up version of the way bowling is a mixture of fun, food, drinks and competition.

For those not famililar with Topgolf, it is the brainchild of two brothers from London, and it has provided an infusion of interest and new blood golf desperately needed. There are currently 44 Topgolf locations worldwide, most of them featuring triple decker hitting bays with 92 stations.

Topgolf’s headquarters is in Dallas, which is where my first exposure took place. Son Grayson and I showed up without a reservation and had to wait over an hour before we could be assigned a hitting space. There was, however, plenty to do to pass the time, what with a merchandise shop and a sports bar.

Noteworthy about Topgolf’s presence in Beaumont is that 5 Under Golf Center’s operation is going to be a scaled-down version. When Williams first began talking with Topgolf, he was told there wasn’t enough of a population base. As time passed and challengers popped up, Topgolf’s options evolved.

Currently eight of the approximately 900 independent driving range facilities in the United States have signed on for Toptracer Range. The Swing Suite concept, meanwhile, is available in numerous diverse properties.

It can be found in such locations as the Four Seasons Hotel in Houston, the MGM Grand Casino in Detroit, the Lynx Fitness Center in Boston and the Phillips Arena that’s home to the Atlanta Hawks.

But the only venue offering both Toptracer Range and Topgolf Swing Suites will be 5 Under Golf Center.

“This is a truly exciting opportunity for us,” said Williams. “Topgolf, with its mixture of entertainment, games and simulation, is the wave of the future.

Golf is changing. If you are going to attract new golfers, you have to make it as much fun as possible. Topgolf is doing that.”

Williams’ vision goes well beyond the Topgolf offerings. 5 Under Golf, as in the case of its predecessor, will be home to an upscale golf retail facility featuring top of the line apparel, golf equipment and lessons.

The one thing Williams can’t provide is instant access. Considerable construction will be required before everything is up and running. The expectations are to have the Toptracer bays ready in early June. The projection for unveiling Topgolf Swing Suites is December.

In the meantime, regular hitting stations will be in play and the merchandise arm should be fully functional by June 1. On the latter, Williams stresses that by dealing with primarily the leading apparel brands and equipment manufacturers, he expects to maintain GPP’s legacy as a top 100 golf store.

Ani Mehta, vice president of Topgolf Entertainment Group, aptly sums up the innovations about to be made available in Southeast Texas.

“A traditional driving range is essentially an empty field where people hit balls,” he said. “That’s fun for serious golfers but, as we know, that demographic is steady if not shrinking.

“For other people, the traditional driving range is not an especially good experience and it’s certainly not a great gathering place. That is what we would like to change. The aim is to find a happy medium between the rollicking good times of a Topgolf and the old-school solemnity of grandpa’s driving range.”

From grandpa to the grandkids, 5 Under Golf Center sounds like it’s going to be a really cool place to hang out.

Closest to the pin winners were Dwaine Staudenmier (No. 7) and Chuck Kennison (No. 15). Lauren Van Gerven won long drive on No. 9 …

In the Monday Senior 50 Plus Game at Zaharias, the team of Keith Mullins, Roddy Richards, James Trahan and Dwayne Benoit won the front with minus 3. The back went to the foursome of Rick Pritchett, Gary Fontenot, Bob Byerly and Paul Duplantis. They also finished minus 3 …

The Thursday Senior Game at Zaharias was played in a four-man all points count format. Winning with plus 19 was the team of Kenny Robbins, Pritchett, Larry Foster and Ben Thornton. Second with 11 points was the team of Doug LeBlanc, James Trahan, Art Miller and Bob Barnes.

The Wednesday Zaharias DogFight was won with 20 points by the foursome of Benny Sharpe, LeBlanc, Dan Flood and Tommy Duhon. Second with 18 points was the team of Tom LeTourneau, Larry Reece, Dillard Darbonne and Jobie Irvine. 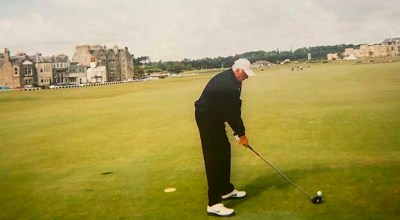