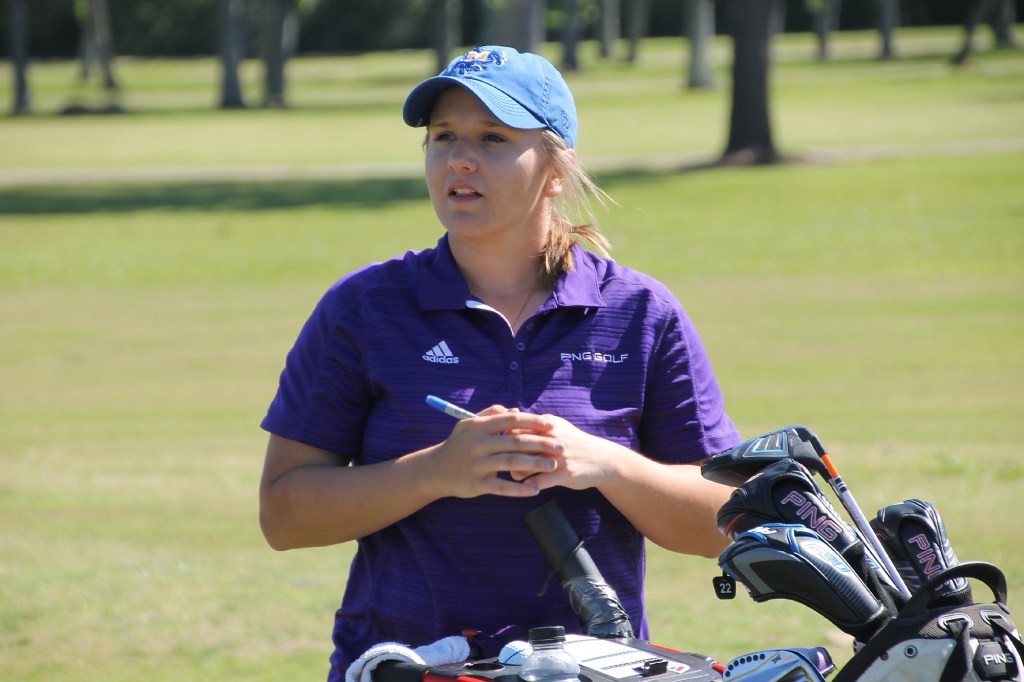 Karlei Hemler of PNG marks down her score on one of the holes Thursday morning at Henry Homberg Golf Course in Beaumont. (I.C. Murrell/The News)

BEAUMONT — Eight, three and three were the numbers worth noting Thursday, as Port Neches-Groves completed its expected sweep in the District 22-5A golf tournament at Henry Homberg Golf Club.

About the only suspense on day two involved PNG’s Josh Elmore, a heavy pre-tourney favorite on the boys side. Elmore rallied with a back nine 34 for a 73 to wind up winning comfortably, after Nederland’s Brendan Marley closed to one shot at the 27-hole mark.

Hemler, meanwhile, finished seven shots clear of teammate Brynna Bailey, after shooting an uncharacteristic 80 for 156. Bailey improved from 87 to 76 for 163, and was in position to do much better before making bogeys on her final four holes.

Besides the Nederland and PNG boys and the two PNG girls teams, Vidor’s Trent Kizer and Lumberton’s Bryce Shaver advanced to regional on the boys side. Livingston’s Abby Gennuso and PNG’s Weslyn Smalley moved on as girls medalists.

While the PNG boys notched that eighth consecutive title, Nederland’s boys edged them by a stroke on day two. The Bulldogs wound up with two players in the top five overall — Marley and Brice Perryman, who shot 79 for 161.

The 5A Region III tournament is set for the final week in April at River Ridge in Sealy.