Memorial, TC to meet in Channelview 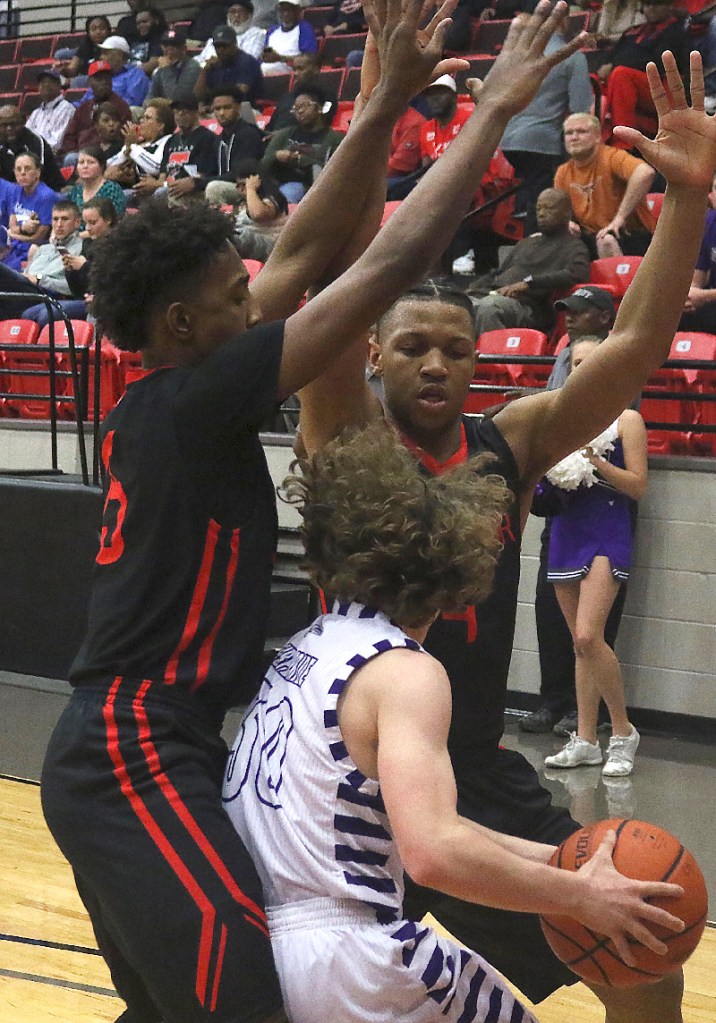 Memorial (26-5) will take on Texas City (24-8 according to MaxPreps) at 7 p.m. Friday at Channelview High School in the area round of the UIL playoffs. The winner will take on either Humble, which edged Nederland 59-56 in overtime Tuesday, or Fort Bend Marshall.

The Titans are coming off a 94-54 win over Dayton on Tuesday at Baytown’s Lee College in the bi-district round. Thailan Wesley led Memorial with 31 points in the win.

Other area-round matchups involving Jefferson and Orange county teams include:

In the 5A girls regional semifinals, Central will play Georgetown at 5 p.m. Friday at Delmar Fieldhouse in Houston. The winner will play Leander Rouse or Barbers Hill, the latter having beaten Ozen 46-39 at Lamar State College Port Arthur on Tuesday.