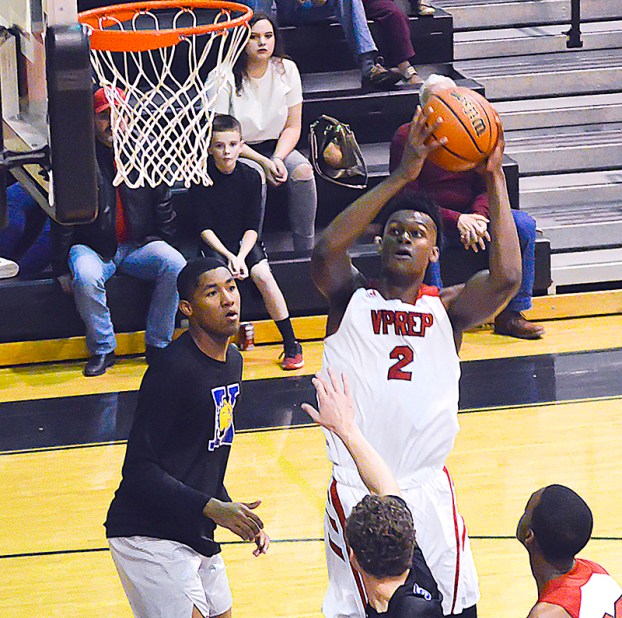 NEDERLAND — It certainly was not the ending to the Nederland Bulldog Classic coach Pat Abel wanted for his Port Neches-Groves Indians.
The Indians dropped a pair of games Saturday, including one to District 22-5A foe Vidor.
Vidor defeated PNG 45-40 behind 12 points from Maverick Quirante. Teammate Seth Lapray had nine and William Fawcett finished with eight points.
The Pirates jumped out to an 18-5 lead after the first period and took a 28-11 lead into the break.
PNG tried its best to come back by outscoring Vidor 15-5 in third and 14-12 in the fourth.
Derrick Papa led the Indians with 19 points. Hunter Curtis and Edsel Damo each had eight points.
Louisiana Christian defeated PNG 82-61 in the Silver Bracket third-place game. The Disciples got 77 of their 82 points from four players.
Taye Green scored 25, Kevonte Wilson had 18, Jacob Maxwell finished with 16 and Jahori Johnlewis had 10 points.
Louisiana Christian jumped out to a 19-13 lead after the first period and took a 39-26 lead into halftime. The Disciples did not allow a PNG comeback in the third by outscoring the Indians 18-16 in the third and 25-19 in the fourth.
Damo had 20 points for PNG while teammate Brandon Petix scored 11. Papa and Haden Wiggins each finished with seven points.
The Indians play at Bridge City at 7:30 p.m. Tuesday.

VANDERBILT, FLAGG PUT ON A SHOW
NEDERLAND — Two of the nation’s top high school recruits put on quite a show at the Nederland Bulldog Classic on Saturday.
Victory Prep forward Jarred Vanderbilt scored 38 points in his team’s 73-64 win over Texas A&M commit Savion Flagg and the Alvin Yellowjackets. Vanderbilt has fielded numerous scholarship offers from NCAA powerhouses but has yet to sign.
Vanderbilt was impressive and got the win, but it has been Flagg lighting up the scoreboard at the Dog Dome in his last three games. Flagg scored 50 against Victory Prep a day after scoring 40 in a 95-36 win over Woodville.

KELLY WINS TOURNEY TITLE
NEDERLAND — Kelly played the nice guys before the championship of the Nederland Bulldog Classic and then dropped the politeness for 32 minutes.
Kelly played the game in long-sleeve, warm-up shirts because Victory Prep did not bring its red jerseys and was the home team in the final. The long sleeves did not faze Kelly.
The Bulldogs won the tournament for the first time in school history with a 75-68 victory. Tevin Baker scored 22 points for the Bulldogs and teammate John Kraemer had 18.
Vanderbilt finished his tournament off with a 35-point performance.
Kelly led 43-39 at the break before Victory Prep tied the game going into the fourth at 52-52.
•
Gabriel Pruett: 721-2436. Twitter: @PaNewsGabe

PRUETT COLUMN: Leave CFP the way it is

So, a four-team playoff system is not good enough for you? There needs to be more, you say, because there... read more