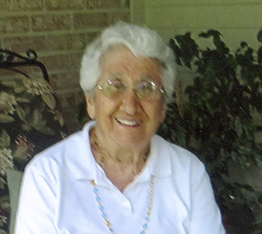 Ruth, a life time resident of Port Arthur, was known for her themed dinner parties, cut & paste photos, slide shows and her love of Texas wild flowers. She was a long-time member of Aldersgate Trinity United Methodist Church and United Methodist Temple in Port Arthur.

She was preceded in death by her husband, George Emery and her sister, Doris Gibson. Ruth is survived by her son, Steven Emery and daughter-in-law, Suzanne of Houston; sister, Ines Matlock of Port Arthur; brother, Robert Akery and sister-in-law, Peggy of Reddington Beach, Florida; sister, Carole Dittmeier and brother-in-law, Ken of Houston and many other close relatives and friends.

Visitation will be held at Clayton-Thompson Funeral Home, 5200 39th Street, Groves, Texas on Friday, December 2, 2016 from 4:00 pm to 7:00 pm. Funeral services will be held at the United Methodist Temple, 4101 Hwy 73, Port Arthur, Texas on Saturday, December 3, 2016 at 10:30 am with graveside services immediately following at Greenlawn Memorial Park.

In lieu of flowers, the family is requesting donations be made to St. Jude Children’s Hospital, the United Methodist Temple in Port Arthur or a charity of your choice.