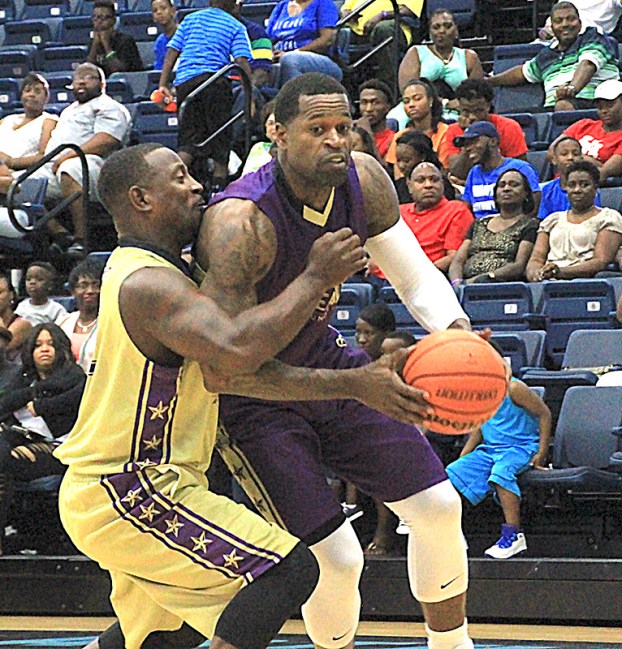 Swagger, or to be more youthful, “swag,” can never be classified as a commodity because it’s not worth selling.
Like many famous Port Arthurians, Stephen Jackson is never giving up his swag.
He’s used it to co-host “The Jump,” ESPN’s newest NBA news daily. Oh, sure, it’s visible in the clothes he wears on stage.
Then, there are the comments, where the retired player really earned his paycheck this season.
“My Warriors team will beat today’s Warriors team,” he shouted with confidence. “I guarantee that. I guarantee that.
“And we beat the 1-seed.”
That was back on Feb. 26, months before eventual top-seed Golden State lost to another top seed, Cleveland, in the NBA Finals. But all that everyone noticed was the Warriors’ march to a record 73 wins.
Jackson helped Golden State shock defending Western Conference champion Dallas in the first round of the 2007 playoffs. Those Warriors finished 42-40 but averaged 106.5 points per game, ranking second in the league. Baron Davis, Monta Ellis, Jackson, Jason Richardson and Al Harrington, Mickael Pietrus and Mike Dunleavy averaged in double figures.
Talk about a stroll down memory lane.
Flash forwarding to Feb. 26, “The Jump” host Rachel Nichols reminded Jackson the 2007 Warriors didn’t make the conference finals. The man didn’t back down.
“We beat them all four times in the regular season,” he said in defense. “The team we had, we just had heart. We played small, and we beat a lot of teams we weren’t supposed to beat. I will never sit here and say that anyone could beat us.”
Jackson’s defense, though, doesn’t compensate for the swag it takes to make a bold statement in the midst of a historic basketball craze. Remember his “Snitches get stitches” comment about D’Angelo Russell’s revelation of Lakers teammate Nick Young’s cheating on Iggy Azalea?
Controversial? You decide. But that’s Jackson’s swag for you.
Here’s something you didn’t hear from Stephen recently: Shortly after playing in the All-Star Celebrity Classic at Lamar State College Port Arthur on July 9, I asked Jackson about the big-name transactions in free agency this offseason, particularly Kevin Durant’s move to Golden State.
“I’m happy to see players finally control the league and do what they need to do in the league,” he said. “Obviously, the league has been controlling the players, telling them where they can’t go and where they can go. It’s good to see LeBron [James, National Basketball Players Association first vice president] come in and players start to dictate the league. It’s good for the game.”
Stately enough.
Even in non-basketball matters, Jackson speaks loudly. Earlier this week, a video surfaced on YouTube capturing Jackson “banning” a New York rapper from using the word “trill” — a term combining “true” and “real” — because of negative tweets about social and political activism that were revealed on a hip-hop website.
“Get your own swag,” Jackson even told him.
He continued: “That’s coming from the president of Port Arthur, where the word ‘trill’ was created.”
I’m not sure what the sentence would be for violating the ban, but that wasn’t the eye-opening part.
“President of Port Arthur?” Now that’s bold.
Unofficial, of course, but bold.
If a position for president of Port Arthur could be created, Jackson has the speech for it, even if it’s controversial. It’s all in his swag, whether you like it or not.
•
I.C. Murrell can be reached at 721-2435 or at ic.murrell@panews.com. Twitter: @ICMurrellPANews

Of 131 kids who participated in the Port Arthur Flyers club this year, 71 qualified for the regional meet in... read more