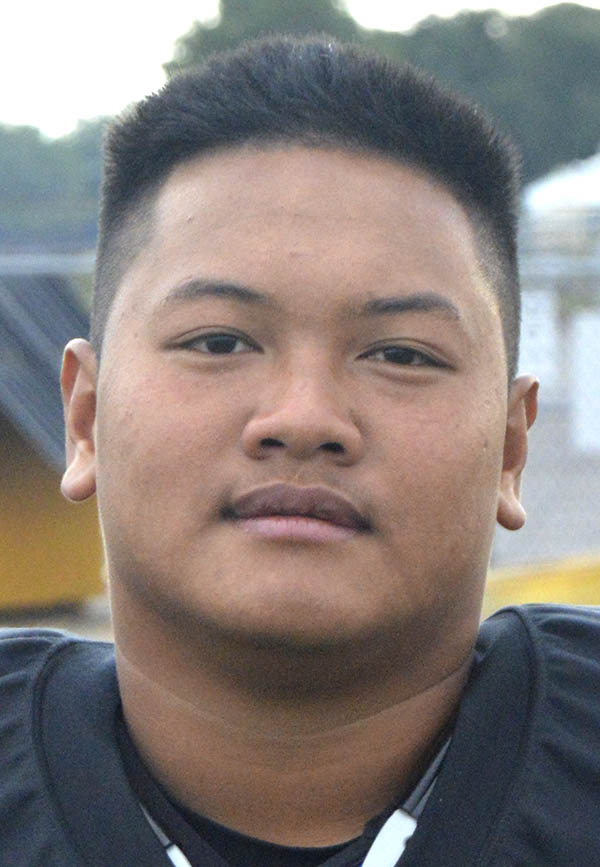 NEDERLAND — Vincent Tran started the year in a position he was familiar in for the Nederland Bulldogs.
He was on the defensive line, the same place he started last year as a junior.
Then came a decision by his coaching staff a few weeks ago. The coaches told Tran he would be moving to a linebacker position as Peyton Devries was going to move back to being a safety.
It is a move Tran has enjoyed from the first day.
“I like being able to see what is in front of me,” Tran said on Tuesday. “I have a lot more time to make a move and react. Anything to help the team out.”
It is this attitude Nederland coach Larry Neumann loves about not only Tran, his entire Bulldogs roster.
Neumann is not afraid to make position moves as the year goes along. Devries was a great safety last year and at the beginning of this year he was moved to linebacker. When the need to make a switch again came around, Neumann pulled the trigger.
“You set a tone in the offseason of team first, self second,” Neumann said. “Our players are going to do whatever we ask out of them. That goes with what coaches talk about all the time; trust and chemistry. You have to trust in your teammates and trust in your coaching staff. When you have that going for you, you are going to be as good as you can be.”
Neumann would not have asked Tran to fill the spot as linebacker if he did not fully believe in No. 40’s abilities.
“Back when I coached positions I coached linebackers,” Neumann said. “Best linebackers I ever coached were guys who you didn’t have to coach much. They knew were the ball was, knew how to defeat blocks and knew how to get to the football. Vincent has a lot of that instinctive ability. He is a tough kid. He has made the transition go very smooth and it has helped both him and our defense.”
Tran and the Bulldogs defense have no time to relax after taking on a tough Vidor offense last week. The Pirates chalked up 394 yards last week in the 36-30 Nederland victory. This week Josh Boyd and the talented Beaumont Ozen Panthers entertain the Bulldogs.
Tran said last week’s game against Pirates was very physical and very intense.
“Last week felt great knowing both teams were going head-to-head and knowing neither team was going to quit,” Tran said. “Vidor’s offense is difficult to face, including us. We had to try to overcome their Pro-nasty look. That was almost as intense as the Beaumont Central game last year. It also wasn’t Mid County Madness but was close to it.”
Tran and the Bulldogs went 1-2 through the non-district schedule before starting league play 1-0 with the win over Vidor.
“A lot of people started to doubt us again,” Tran said. “Deep down we knew we could do it.”
There is no question what the Bulldogs want to do this year. Nederland has won at least a share of the district title for four straight years, three outright and a share with the Jaguars in 2014.
“Our goal now is to stay together and stay healthy,” Tran said. “Then, we want to again win district.”