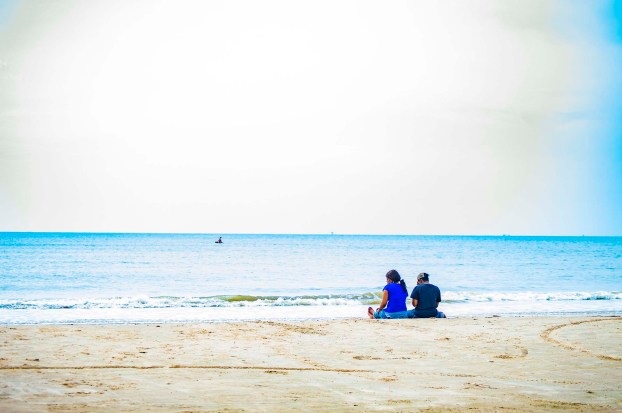 Volunteers enjoy a trash-free view toward the tail end of the Adopt-A-Beach fall cleanup Saturday morning at McFaddin Beach in Sabine Pass.

“It’s so uplifting to see all these different service organizations coming together to clean up and protect our beaches. It’s not just for schools, though — we’ve seen big company groups and families, too. It’s just a great event for the whole community to come help out.” 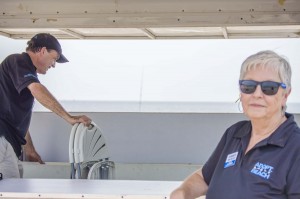 “We had at least 300 people here before we even started,” Cleveland said, laughing. “Sempra LNG is one of our big sponsors today, and they sent a huge group this morning. I think a lot of them brought their families to help pick up trash this morning before spending the afternoon at the beach.

“All Adopt-A-Beach events are completely volunteer driven, and we’re always blown away by the volunteers we get in Sabine Pass. We have people here of all ages — I met an 82-year-old woman picking up trash earlier — and they’re coming as small family units and as large groups.”

“This is our 29th year, and the only thing you can ever predict is the people,” Guzman added. “One year we were rained out — couldn’t even set up on the beach. We had to put the registration booth and all the equipment on the side of the road. And over 500 people showed up in rubber boots and waders and ponchos, ready to clean up the beach and remove some harmful debris.” 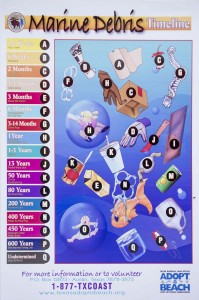 The Texas General Land Office reports thousands of Adopt-A-Beach volunteers remove an average of 500 tons of trash each year from the Texas coast.

For more information about the Adopt-A-Beach program, visit www.texasadoptabeach.org.