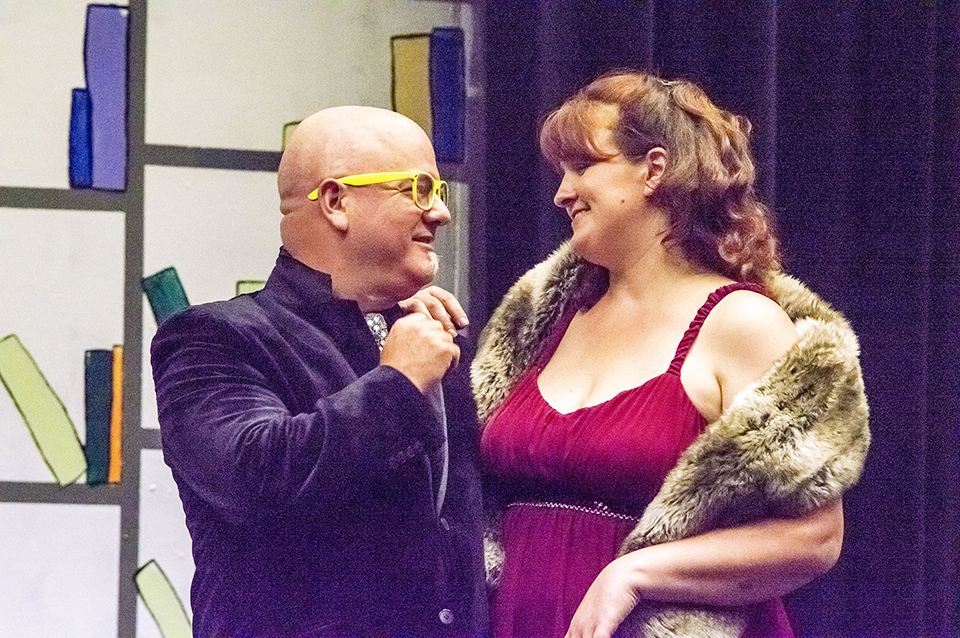 A lowly producer finally makes it big with his first hit Broadway musical, and the reviews are — nonsensical.

The mad lib-style commentary keeps the cast guessing while producer Baxter Mallenstock counts the cash. Too bad the whole production is a front for gangster Tony Alto and someone dies before the celebration ends.

But in all fairness, Alto never specified what kind of “hit” he wanted to make.

The Port Arthur Little Theatre is staging Samuel French’s “comedy-murder-mystery-who-dunnit” musical “Bullets for Broadway,” with the audience sharing the spotlight in a one-night, special performance. 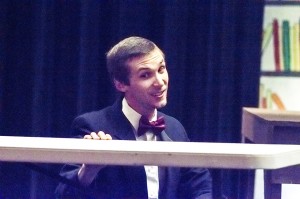 Alex Savoie, playing producer Baxter Mallenstock, rehearses a scene from the musical “Bullets for Broadway” during a dress rehearsal at the Port Arthur Little Theatre Wednesday.

“This is going to be a one-night special to benefit CASA — such a good cause — so we’re all really excited to do this for a tremendous organization,” Alex Savoie, starring as Baxter Mallenstock, said during rehearsal Wednesday. “But because it’s a dinner theater, we’re staging it much differently.

“It’s interactive, and not just because it’s the audience’s job to find out ‘who dunnit.’ We are going to put the audience in the set — the after party for a Broadway musical — so that the entire crowd will be immersed in the show.”

“Baxter and Eli create this big Broadway musical called ‘The Mafia Queen.’ It’s all a front — organized to launder money for this mob boss. At some point, of course, someone will die and it’s the audience’s job to find out who.”

Mimi Sheraton, a Broadway investor and gossip columnist played by Haleigh Courts, and a thug played by Timothy Rodriguez round out the “who dunnit” candidates. 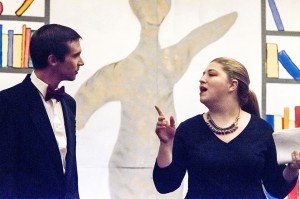 “Even though it’s a murder mystery, it’s definitely a comedy,” Savoie said. “I guarantee people will laugh. We’ve had the script about a month and a half, and we still make each other laugh. That we can still do that speaks well of the show — and of the cast, because we’ve got some fine actors up here. This is not our first rodeo.”

Savoie said “Bullets for Broadway” is a modern show that’s written like a Disney movie — clean and appropriate for all ages, but with certain well-placed references that only adults will catch.

Tickets are $50 and include dinner and dessert. Funds raised will help CASA continue its mission of advocating for abused, neglected and abandoned children by being their “voice” in court and finding them safe, permanent homes.