Fundraiser to relocate from Bulldog Stadium to Boston Avenue

NEDERLAND — Relay for Life of Mid- and South Jefferson County is getting out of the doghouse.

The signature fundraising event for the American Cancer Society, which has set up in Bulldog Stadium for nearly 20 years, will take over Boston Avenue starting with the next Relay event on April 23, 2016. 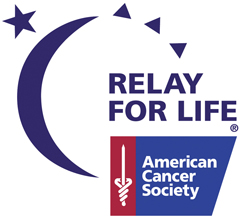 “This is going to be a major year for us,” Clayton said Wednesday. “We’re going into our 20th year for Relay in Jefferson County, and this will be our first change in location in at least 15 years.

Clayton said the new venue will resemble the familiar sights of Christmas on the Avenue and the Nederland Heritage Festival, with Relay for Life participants walking Boston Avenue between North 15th and North 17th streets.

“We participated in Christmas on the Avenue last year, and saw it as a viable setup for future Relay events,” she said. “We brought it up with our team captains and talked about maybe moving Relay from Bulldog Stadium to either Boston Avenue or one of the beautiful parks in Nederland, Port Neches, Groves or Port Arthur.

“The team captains and their teams voted on where our next Relay should be at our wrap-up party in May, and Boston Avenue was by far the No. 1 choice. The plan now is to meet with the community and our teams over the next few weeks and really start planning Relay, because this is going to be entirely new for us.”

Booth said planning the 2016 Relay will be more of challenge, because it’s the biggest change that’s happened to the event over the last decade.

“We’ve really started building Relay back after the recession,” she said. “We made $236,000 this year after expenses — that’s absolutely the best we’ve done since the economy started going south.

“Our biggest fear with changing venues, even though Boston Avenue is right down the road, is that people will just go to Bulldog Stadium like they’ve always done and miss some great Relay events or fundraising opportunities.”

The 2014-15 Relay season tipped the Mid- and South Jefferson County event over the edge, with more than $3 million raised during its 19 years in the community.

Clayton said a portion of local relay dollars go to the American Cancer Society directly, but most of the money stays local — supporting cancer patients and their families.

During Relay For Life of Mid- and South Jefferson County, each team has one representative walk the track in relay-style shifts for the entire 12-hour program. Throughout the night, teams compete to see who can raise the most money, walk the most laps and have the most fun.

The next Relay For Life of Mid- and South Jefferson County is scheduled for Saturday, April 23, 2016.

Boston Avenue will be blocked off from North 15th Street to North 17th Street to allow relayers safe passageway during the day and through the night.

The remains of a badly decomposed female found on Old Yacht Club Road earlier this month have been sent to... read more