Father Dan prepares to retire after two decades of priesthood 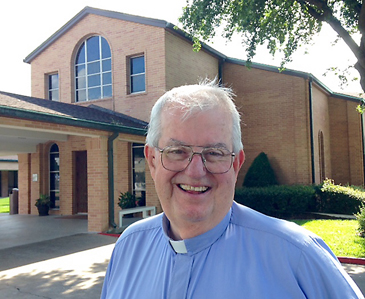 By Russ DeVillier
Special to The News
He was baptized Robert Daly Malain.  Family and friends called him Bobby.
Upon graduation from St. Anthony High School in Beaumont he became a Passionist seminarian at 17,  embarking on a 10-year journey to the priesthood that culminated with his ordination as Father Dan.

In 2009, the popular pastor of St. Charles Borromeo Catholic Church became Monsignor Malain.  It was an honor bestowed on him and seven other area priests by Pope Benedict XVI.

When approached by parishoners concerned about adjusting to the new title, he laid their concerns to rest.

“It is a nice gesture, and sincerely appreciated, but I don’t need an identity crisis at this stage of life,” he quipped.  “Kindly,   just keep calling me Father Dan.”

Malain’s 20-year tenure as shepherd of the largest parish in the nine-county Beaumont diocese ends on the last day of June.  Hugs, laughter and tears are sure to abound at farewell receptions after each mass the  weekend of June 28-29.

It’s clearly been a vocation of joy for the 76-year-old priest, as evidenced by his upbeat ways inside and outside the confines of St. Charles.  In turn, young and old alike, of varied backgrounds and faith persuasions, have seen Father Dan spread the “Light of Christ” everywhere he goes.

Moments away from church find him cheering his favorite teams, boys and girls alike, so long as they are Bullpups, Canines or Bulldogs.  Readily admitting to being energized by the young, he promises to remain a lifetime fan—and adopt more Bulldogs as he becomes chaplain at Kelly High School.  It’s a role that will take up about a day and a half per week.

“This makes his retirement less than absolute,” said Bishop Curtis Guillory.  “I am grateful to him for accepting the role at Kelly, for his faithful service at St. Charles and for his input on leadership issues for the diocese.
“Father Dan brought a keen sense of understanding and faithful ministering to the many needs of his flock,” added Guillory.  “He has a deep love for those he serves, particularly the youngsters, and that love flows back to him in abundance.”

The Rev. Malain will reside at St. Elizabeth at the invitation of a former protégé, Rev. Shane Baxter, who succeeded Fr. Bennie Patillo as pastor of the Port Neches church.  Baxter began his ministry at St. Charles, where he was an associate to Fr. Dan for five years.

“He has been a mainstay for all of us,” said Nederland coach Larry Neumann.  “If I don’t see him at a game, I worry that something bad may have happened.  What a blessing this man has been to the entire NISD.”

Besides vocally backing the teams, and sometimes berating an official’s call, Fr. Dan enjoys school band, choral and theatrical performances.  In addition, he is a longtime member of the Nederland Educational Foundation, an entity that extends financial support through various grants.

Fr. Malain’s tenure is second only in length to Rev. Fred Hardy.  The legendary pioneer led St. Charles for 32 years after its inception in 1924, and saw the church rebuild twice after fires in 1941 and 1953.  Today’s house of worship opened in 1968 under the leadership of Fr. Bill Brooks, the pastor for 19 years.

The Malain family to Beaumont in 1949.  Growing up at St. Patrick’s in Galveston and starting as a sixth grader at St. Anthony’s, young Bobby began to be attracted to the priesthood.  His seminary studies began at a junior college in Warrenton, Missouri.  Two years later, entering novitiate studies, he took the name of Daniel.

As a Passionist, he taught seminarians, directed spiritual retreats and honed a simple but profound way  of preaching.  “Father Dan can say more in three minutes than most try to do in a half-hour,” observed an appreciative young mother.

Returning to Beaumont as a diocesan priest in l986, he was an assistant at St. Anne’s in Beaumont for one year, and pastor at St. James eight years before being transferred to St. Charles.

He survived a heart attack at the age of 40, and credits a couple stents and a defibrillator with helping him keep up with a demanding schedule.  Known to always turn down sweets because of blood sugar concerns, Father also helps himself by being a regular cyclist at the workout center.

These days, Dan is scrambling to clear out his office in time for his replacement, Rev. John Hughes, who has been pastor of St. Jude’s in Beaumont for 24 years.  Hughes is a native of Port Acres and a grad of Bishop Byrne High.
At St. Charles, he will join holdover associate Rev. Jaison Jacob;   Fr. Ethan Oakes, a transfer from St. James, and Deacon Chris Penning.  Fr. Kevin Badeaux is leaving to become pastor of St. Joseph’s.

During Fr. Dan’s time, funerals have been held for some 1,400 souls.  Parish growth in that span is attributed to an influx of several ethnic groups, the baptism of 1,500 infants and children, and the addition of 540 new members.  In two decades, 400 couples have received the sacrament of matrimony.

The clergy officiate at daily mass, and five weekend celebrations of the Eucharist attended by some 2,500.  St. Charles has almost 2,300 registered family units, and a mass for all 8,000 members would fill Bulldog Stadium.
“I am especially pleased that we have so many people, young and old alike, involved in more than 50 ministries,” said Fr. Dan. “These opportunities  cover everything from teaching our young to spiritual enrichment programs, from music and liturgy to visiting the homebound and the imprisoned, to fix-up projects and yard work for the elderly.  Our people take seriously the command to serve.”

His ecumenical spirit has been influenced by a wide range of studies including Protestant theology at a Baptist seminary in Louisville, and doctoral work at the Lutheran School of Theology in Chicago.  He also has a master’s  in religious education from St. Thomas U. in Houston, and a doctorate in pastoral counseling from the Graduate Theological Foundation in Donaldson, Ind.

So, does that mean that Bobby,   the boy who grew up to be Father Dan,  should really  be known as Dr. Monsignor Malain?  On paper, well maybe. But for now  let’s just stick with Father Dan.

DeVillier, a member of St. Charles, is a former sports writer and wire editor for the Port Arthur News.  Comments can be sent to russdev538@gmail.com 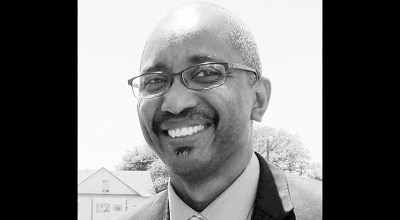 HARRY ABRAMS — Let God guide you to an amazing 2021 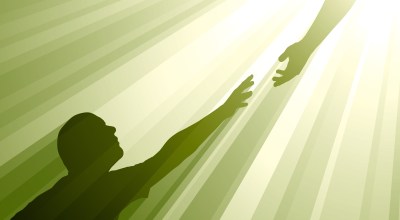 KATHIE’S KORNER — The most I can do, not the least