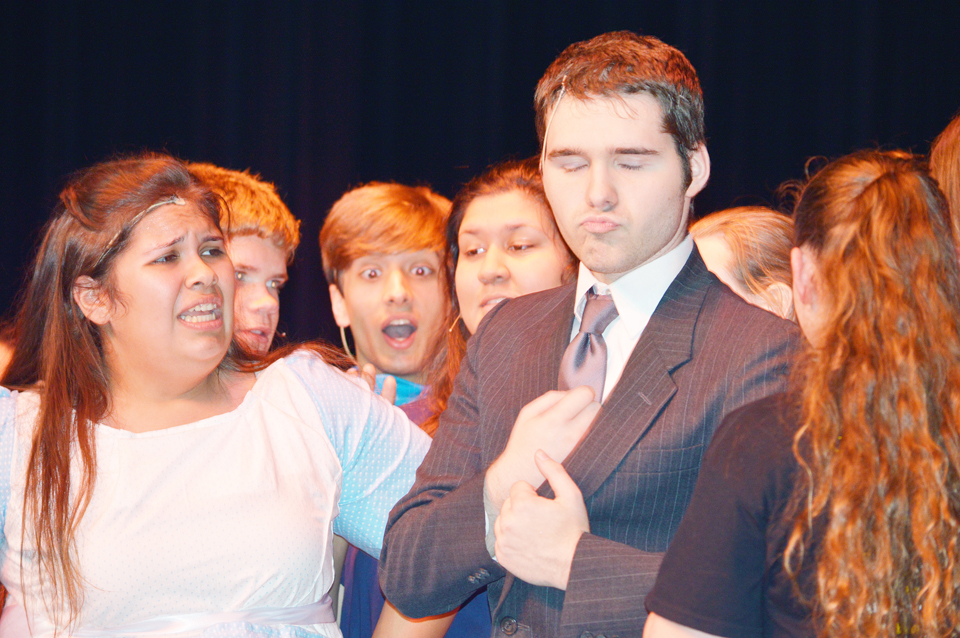 NEDERLAND — Bianca Rabelo said she’s gotten some laughs at other theater productions or musicals before. But what she and her classmates are working on for the annual Nederland High School summer musical is a new level of comedy.

“This is straight-through, ‘laughing so hard your sides hurt by the end of the night’ funny,” Rabelo, 17, said laughing during rehearsal Tuesday afternoon.

Rabelo and Sellers, who both graduated from Nederland High School earlier this month, said patrons of the arts won’t want to miss the “funniest show” they’ve ever seen on stage this weekend.

The Nederland High School band, choir and theater departments will present “Curtains” — what Rabelo defines as a “singing, comedic murder mystery” — Friday and Saturday at the NHS Performing Arts Center. 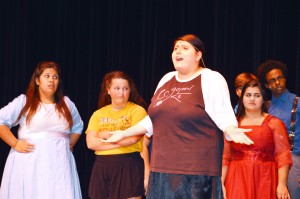 “It’s humorous because in the process of trying to figure out who killed who, the entire show is making fun of other musicals like ‘Show Boat,’ ‘Oklahoma!’ and ‘Cabaret.’ And it’s a complicated show, because it’s about a group of actors trying to get their own show (a musical called ‘Robbin’ Hood of the Old West’) onto Broadway. It’s a show within a show.”

“So, really, you’re getting two shows for the price of one,” Sellers quipped.

Sellers plays Aaron Fox, the composer for “the show within the show,” while Rabelo plays Niki Harris, “a Broadway-bound showgirl.”

“My (character’s) big dream is to become a Broadway star, but I’m still working my way up,” Rabelo said. “So Niki is trying to get to Broadway and her theater group is putting on a musical to get there. I’m the ingénue in the musical itself, so I play the sweet, little delicate character — and I have a love scene going on.”

“When I saw the cast list for the first time, I knew it would be a good show,” she said. “Everyone is crazy talented, in all areas — the orchestra down in the pit and the theater and choir kids working the stage.” 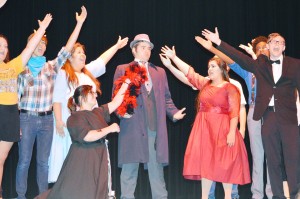 Rabelo said if patrons aren’t swayed enough by “laughs or immensely talented people,” the $5 ticket price has to persuade a few minds.

“Where else can you get all this for $5? Come on,” she said, laughing. “But honestly, it’s a great way to support your local fine arts programs.”

“Because without your support, this wouldn’t exist,” Sellers added.

Showtime for “Curtains” is 7 p.m. Friday and Saturday in the Nederland High School Performing Arts Center, located at 2101 18th St.

All tickets are $5 at the door.