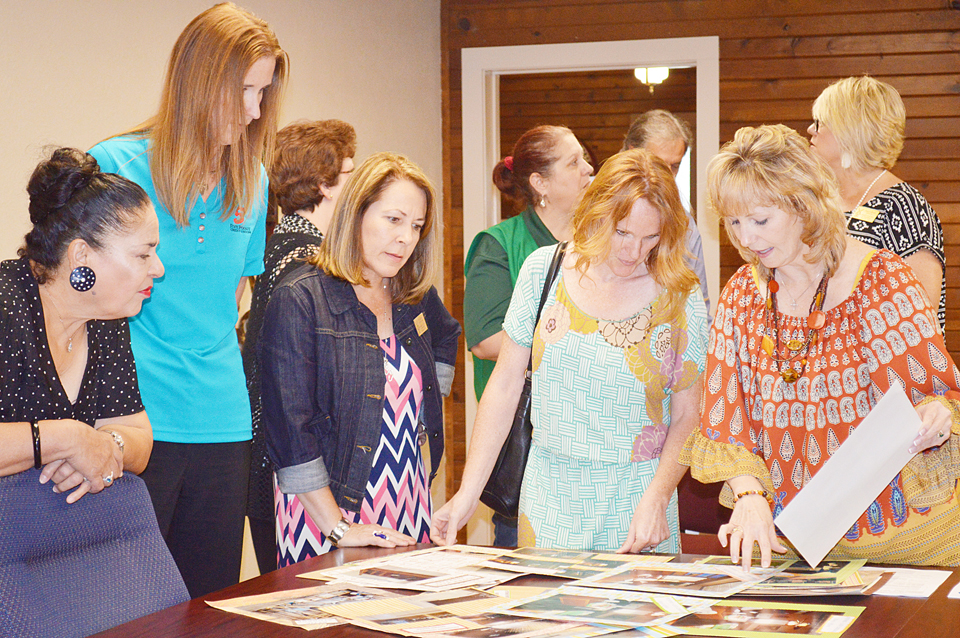 Kay DeCuir, executive director of the Nederland Economic Development Corporation, right, shows patrons the "before pictures" of the new NEDC headquarters on Boston Avenue during the NEDC open house and ribbon cutting Wednesday. DeCuir said there weren't many spaces in the 1981 building they didn't have to renovate not just to fit the EDC's needs but to update for building and ADA compliance codes.

NEDERLAND — The Nederland Economic Development Corporation said a public farewell to the original state of its new headquarters Wednesday night.

Kay DeCuir, NEDC executive director, fanned out a stack of “before” photos in the new NEDC Board Room Wednesday, highlighting the atrocity that was the “Wizard of Oz” emerald carpet, the textured wallpaper and general offending, mismatched color scheme.

With those reminders of the past ready for viewing and public bashing, DeCuir and the NEDC Board welcomed visitors to an open house and ribbon cutting in the first building the EDC has ever owned. Patrons were encouraged to tour the updated facility and ask about the chicly nostalgic memorabilia representing the city’s Dutch and French heritage. 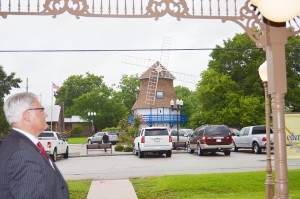 “They are diligent in their task to attract businesses and to retain businesses,” LaBorde said at the open house Wednesday. “Whenever they meet with people to start these new businesses, Kay is there with them from them on. She doesn’t just help them get started, she brings business to them. She’s their cheerleader. Kay is their life partner.

“It makes a difference when you’ve lived in Nederland your whole life and realize this city doesn’t stay great on its own. It takes people like Kay, constantly working to make it a great place to live and to work. We’re lucky to have her and Christinia finding and supporting our businesses. I really can’t say enough good about them.”

DeCuir and Herrmann gave visitors the grand tour Wednesday, pointing out the differences between what each space looks like now and what it started out as in 1981. DeCuir joked she and Herrmann are the NEDC maintenance and landscaping crew, but the duo spent much of the spring inside the new office — pitching in with manual labor to aid in the $70,000-plus renovation. 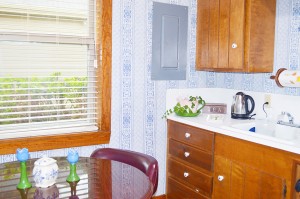 The kitchenette and break room in the new Nederland Economic Development Corporation office on Boston Avenue was the only room left in its original state.

Nederland City Council gave the EDC the OK to buy the building for $170,000 on Jan. 26 and again on Feb. 9. DeCuir turned the keys over to contractors in February, the day Council approved building renovations in the amount of $74,137 for the second and final time. The Board hosted its first meeting in the new space in April.

The building — formerly the Law Office of David B. Bonham and Don Moye — is sandwiched between the Nederland Chamber of Commerce and Nederland Heritage Festival offices. The iconic Windmill and French House museums are directly across the street.