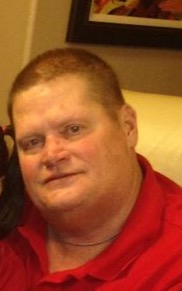 Durwin Lee Gordon, 55, of Nederland, Texas passed away on Friday, June 12, 2015 at his home.
He was born on December 5, 1959 to Wanda Arleen Fletcher Gordon and Earl Daniel Gordon in Port Arthur, Texas. He was a lifelong resident of the area.
Durwin was preceded in death by his parents, his sister, Jeanelle McGraw and his brother, William “Bill” Gordon.
He is survived by his sister, Danna Lynn Gordon of Nederland, his brother, Stewart Gordon of Nederland and his sister-in-law, Shawn Gordon of Bridge City, 9 nieces and nephews, 10 great nieces and nephews.
Visitation will be on Tuesday, June 16, 2015 from 4:00 PM to 8:00 PM at Clayton Thompson Funeral Home in Groves. Arrangements for cremation are entrusted to Clayton Thompson Funeral Directors.