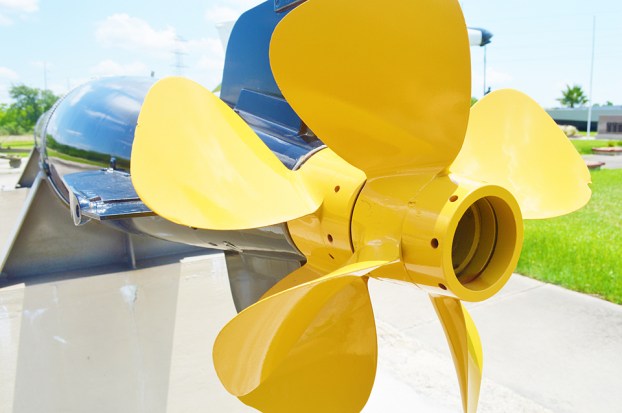 Members of the United States Veterans Inc., Golden Triangle Base presented an $8,000 check to the Jefferson Commissioners’ Court Monday to buy an engraved memorial stone for the park’s MK-16 torpedo, which was installed as a permanent display two years ago. 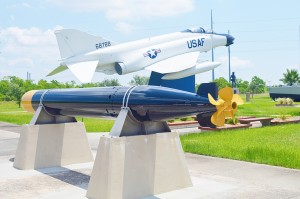 The veterans pointed out the MK-16 currently has “no explanation,” not even a name to go with the torpedo. The hope, they said, is for the new memorial stone to “remind people of the contributions (Golden Triangle submarine veterans) have made to our nation’s security and to the community.”

Brent Weaver, Jefferson County Commissioner for Precinct 2 and a U.S. Marine Corps veteran, said the memorial stone will complement the torpedo with “a list of all the submarines that have been lost.”

An artists’ rendering of the memorial stone dedicates the exhibit to “all who served” in the U.S. Submarine Service, stating:

“In WWII, American submarines represented less than 2 percent of total U.S. Naval Forces and are credited with sinking 55 percent of enemy shipping totaling one-third of enemy naval forces. Submarines continue to be on the forefront of our nation’s defense.” 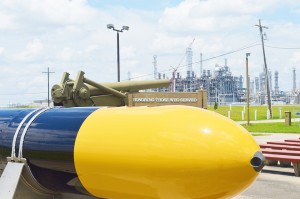 Weaver said the commissioners are hopeful to have the new memorial stone finished and placed near the MK-16 torpedo within the next six months.

“We want to do it justice and honor all of the veterans lost in these submarines,” he said. “We want to make sure the legacy of this park continues for our kids, our grandkids to enjoy in honor of our Golden Triangle veterans.”

Their romance may or may not have lasted, but on a ship headed for Vietnam back in 1967, the words... read more