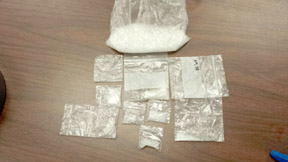 72 grams of methamphetamine were located at a residence on Monroe Street in Groves during a drug bust operation Monday.

GROVES — The sounds of a drug bust interrupted the quiet in the 6200 block of  Monroe Street in Groves on Monday when the Jefferson County Narcotics Task Force executed a search warrant and made an arrest.
During the search 72 grams of methamphetamine were located, according to a press release from the Jefferson County Sheriff’s Department.
Keith Scott McLaughlin, 50, was arrested in the residence in several counts of possession of a controlled substance. Bond was set at $40,000 on one count and no bond was set on three others as motions to revoke probation were filed. 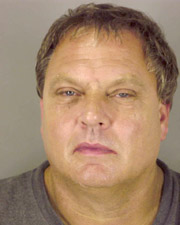