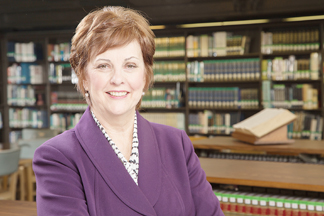 Betty Reynard said it was about this time in 2013 when every Texas university and college had its hopes for significant construction projects crushed.

The 83rd legislative session had spent months working on a bill to grant tuition revenue bond requests to finance new campus facilities, but it all fell apart the last week of session.

Reynard, president of Lamar State College-Port Arthur, said it is every state-funded school’s hope that the same will not be said of the 84th legislative session — which closes shop Monday, June 1. Each of the four Lamar campuses has submitted tuition revenue bond requests for new facilities, she said, and can only sit with “fingers crossed” until every member of the legislature walks out of the capitol next week.

Texas State Rep. Joe Deshotel said Tuesday the future is looking bright for requests made within the Texas State University System — which governs eight universities and state colleges, including the entire Lamar school system — adding the 84th legislative session has an enthusiasm for higher education that was missing in 2013.

During Golden Triangle Days in Austin this spring, Reynard requested a $9.6 million tuition revenue bond to construct a new building and to improve existing facilities. Reynard said the only certainty for LSC-PA’s request at the moment is that the college will not receive the full amount requested.

“They chopped off a percentage of all the TRB requests by 25 percent, which brings ours down to $8,080,000,” Reynard said. “On top of that, there are different versions of the bill out there, so until the Senate and the House get together and make a compromise, there’s no way to know what the final figure will actually be.”

Deshotel said making that compromise on the two different versions of the bill — originally presented as House Bill 100 — is first priority for the conference that began deliberations Tuesday morning.

“It does look very hopeful, unlike last session — which was very disappointing,” he said. “We didn’t get an opportunity to do what these institutions needed us to do. After conference lets out, the bill will go back to the House and the Senate for a final vote. We already know the House and the Senate both support these tuition revenue bonds, so it’s looking promising. We feel pretty confident right now.”

Reynard said if the adjusted $8.08 million tuition revenue bond comes through, the new building will house five programs the college already offers but in a different capacity. The new building would provide a central location for technology programs Reynard hopes to expand and incorporate into the main campus.

LSC-O President Mike Shahan said Tuesday if the TRBs are approved next week, the new multipurpose building would meet three needs for the college:

• Provide a location for the LSC-O College Success program, which provides individual assistance to the school’s “at-risk” students

• Provide additional space and classrooms for the school’s workforce education programs, which offer continuing education and training for people already established in their careers

Shahan said this tuition revenue bond has potential to be the college’s first in “well over” a decade.

“We had a request last session, and we were hopeful for that. But it fell through at the last minute,” Shahan said. “We don’t want to celebrate prematurely, but I know the people in our delegation have been working very hard to back us up and promote our needs.”

“It now appears we would receive $60 million instead of the $72 we requested,” Melvin said Tuesday. “That doesn’t mean — at all — that we can’t complete our project. It simply means if the money does come through, we will have to scale down and adjust to the new budget we’re given.”

Melvin said Lamar University is staying “cautiously optimistic,” but he thinks a new governor in charge could make the difference between approval and another last-minute disaster.

“We’re excited for the possibilities,” he said. “We had a proposal for the last governor in the sumer of 2013, and he didn’t sign any of the requests. But we have a new governor now, and I think he’ll be enthusiastic to get behind such a strong push for higher education in Texas.

“It’s good news for education in the state — if it comes through. I have to add that last bit of caution. But it’s exciting to hear Rep. Deshotel say it’s looking up, because that mirrors everything we’ve heard from our system of people in Austin right now. They’ve all sounded very enthusiastic and optimistic about how it’s all proceeded so far. It’ll be a great day for Lamar if it comes through this time.”

LIT President Paul Szuch was out of the office Tuesday and could not be reached for a comment before The News’ deadline.