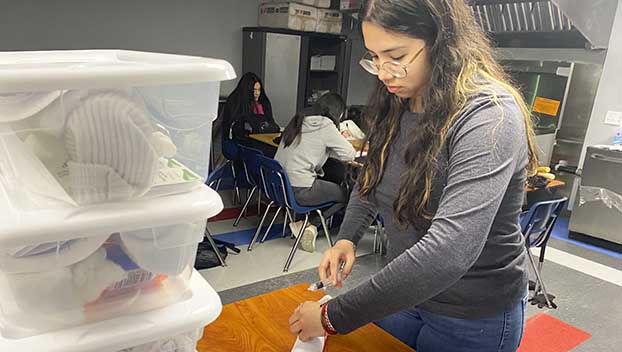 Valeria Huerta is following her long-time goal of becoming a general surgeon. The sophomore at Bob Hope High School is a veterinary medicine student in the school’s first agriculture program.

And even though she intends to work with people, she sees the class on animal health as a step towards her education.

“Even with this injection, it’s for an animal but it could lead to me practicing on humans,” she said while giving a subcutaneous injection to a test dummy.

Halfway through the first year of the school’s agriculture program, instructor MacKenzie Morris said things have been busy but good.

“We have our (Future Farmers of America) program in the process of chartering,” she said. “That should finish up in March. If everything goes well, we’ll be officially an FFA chapter — the first one in Port Arthur.”

Morris, who has a background in industry and education, was hired last year to launch the course that includes principles of agriculture, livestock production and small animal care/equine science. 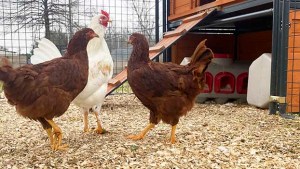 Now five months in, the students have a chicken coop with fertilized eggs as well as a garden.

“They’re getting to see a really cool situation where everything comes full circle,” Morris said. “Our chickens will eventually eat some sprouts and leftovers from our garden. Their excrement goes towards compost, which goes to the garden. So we have zero waste. It’s 100 percent cycled through.”

And with inflation impacting the cost of food, Morris is able to show students how the cost of eggs relies on multiple things. 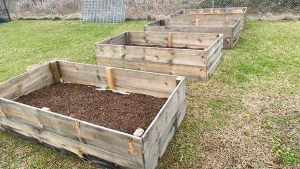 “We talk about how you can predict inflation in different food items based on the drought that happened in the rest of Texas,” she said. “Beef cattle prices, we talk about the way everything correlates together.

“When fuel prices go up, that doesn’t just affect people driving their cars to work. It affects tractors being able to plow fields for feed, which translates to animal prices going up because feed is more expensive. We go all the way to the source of everything. And it’s not just what kids see at the grocery store. It’s a Bob Hope mission to show kids, ‘Hey, you can do this at home, too.’ We can create our own food.” 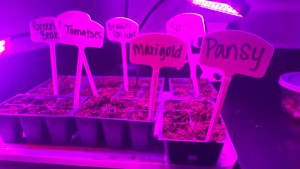 Plants started under grow lights will later be transported outdoors to the garden. (Monique Batson/The News)

Plans to create a large animal barn are in the works.

“We definitely need more sponsors,” Morris said. “The more people that want to get involved in all of these young adults learning how to contribute to agriculture would be awesome.”

Another first-time experience for the students is competitions in areas such as poultry and veterinary science. They have veterinary medicine kits with the items needed to work on subcutaneous and intramuscular injections, bandage removal, and gauze dog muzzles. They also work on dilution calculations and the cost of prescriptions.

“We have a huge group of amazing students who are interested in competing, and this is brand new to them,” she said. “They’ve never done anything like this. Those vet med skills — that’s a new world for them. And they’re coming to practices; they’re exhibiting those skills. They’re willing to take kits home to practice.”